"On Kelustenar we will find a place of rest, for we are the adopted children of Mimu. Here we will all be safe from troubles until it is our time to return to the forest."
-Tilena Tudine, Prophet and Great Granddaughter of the First Siren

One of the five moons of Kelunbar is called Kelustenar. This is believed to be the home of Mimu, Being of Reception to the sirens. To the sirens it is a beacon of hope. To other beings of the forest, those who believe the sirens are evil, it is an evil omen.

Most sirens believe that when they die, their soul can then join Mimu on Kelustenar. If this being chose them in life, then they would also choose them in death. Many sirens became a siren under terrible circumstances, and Kelustenar is believed to be a place of healing before a person's energy is returned to the forest.   Sirens spend their days on Kelustenar in peace and without worry for food or being hunted by forest creatures. One can even choose to spend time with Mimu themself, and ask the unanswerable questions of the universe, or bask in their love.

To the rest of Kelunbar, Kelustenar is known as The Silver Omen. When this moon appears full, Mimu is close. Many choose to avoid large bodies of water around these four times of the year, afraid that they will be caught and drowned by a siren. It is believed that Kelustenar brings bad luck closer to Kelunbar as well, and any mistakes one may have made are likely to come into fruition.

After Abuno, Being of Life was born, a large water droplet dripped from one of the Tree's leaves and formed Kelunestar. Inside this droplet was Mimu, Being of Reception. Thus was the creation of water and the creation of the second Being.

Kelustenar appears full only four times per year, once per season, and is the furthest moon from Kelunbar. It takes seventeen hours out of a twenty-four hour day for Kelunestar to travel around Kelunbar. This moon is covered in water, which gives it a silvery, glittery appearance.
Alternative Name(s)
The Silver Omen
Type
Planetoid / Moon 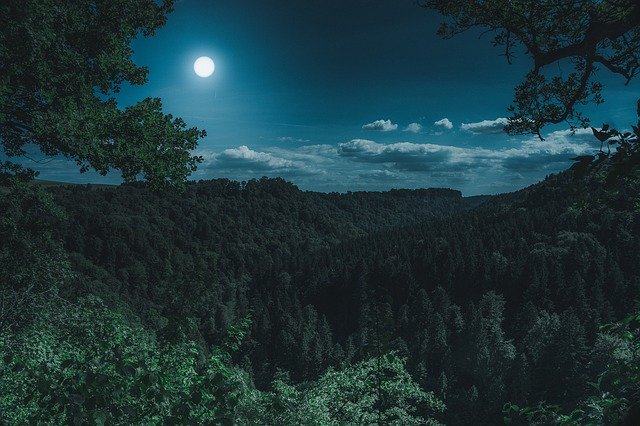 Remove these ads. Join the Worldbuilders Guild
, Home of Abuno
The Moons
, Home of Kami

Copyright Charlotte Mulder 2020. All rights reserved. All Uncredited images are from Unsplash or Pixabay.
Cover image: Skyscape by ChadoNihi

This article was originally created for World Anvil Summer Camp 2020 for the prompt: Describe an important celestial body or constellation in your world.

I love the lore surrounding this moon. The difference between how the sirens view it and how everyone else views it is really interesting. :)

Thank you! The sirens as a whole are misunderstood by the other races in Kelunbar.