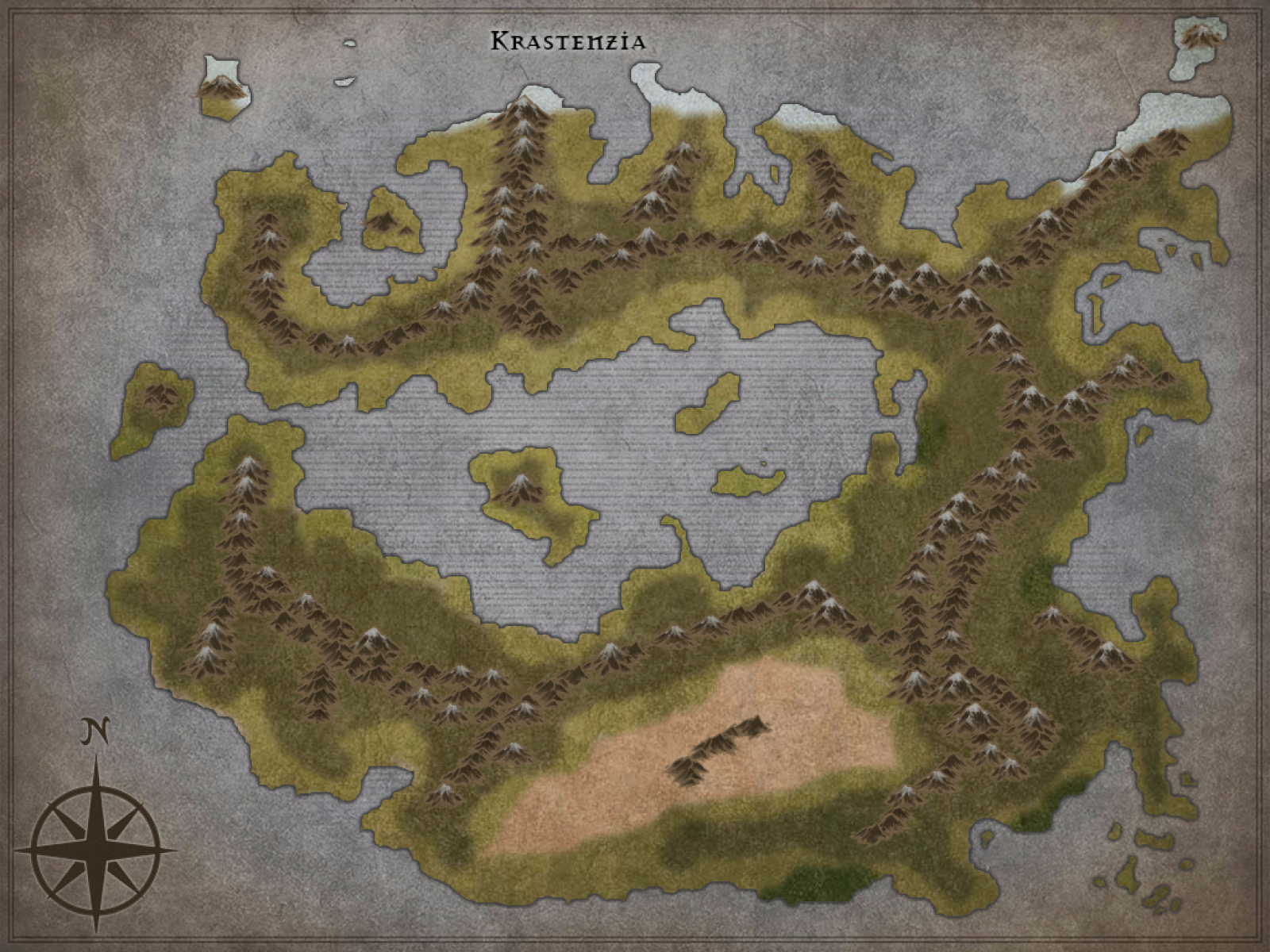 Keith Hershey Jr
In the beginning the proud Elves of Kraztenzia formed the Enyiserine Empire. They quickly enslaved the other races to do their bidding. After thousands of years, humans and other races have rebelled and thrown off the chains of their masters, the elves. It is now 60 years after the last rebellion. New kingdoms are forming, lost ones are being rediscovered, as well as new lands being discovered to the Northwest. There are other dark secrets to this world such as the Blood Plains deep within the world where the infernal wars between Demons and Devils still takes place fueling the core of the world.   As the Enyiserine Empire slowly fades away other Empires and Kingdoms grow in power. The Dragovar Empire consists of legions of Dragonborn led into battle by their Dragon Lords against the Kingdoms of Holdheimia, Moldavia, and Uqain. A Beholder reigns terror upon his newly gained kingdom of Movenail through assasinations. Mindflayers are plotting and spreading rapidly in the Kingdoms to the South, namely Kirthing.   New lands are being claimed far to the Northwest, but it appears someone or something has been here before.   Something or someone is driving hoards of monsters against the goodly races.

Exploration into the wilds of Black Water Swamp in search of artifacts, relics, and lore.

Adventures of the Disgarded

This company of misfits explore the world of kealladius

North-land seafarer hailing from Omitus: Ocean Fox is his sea name, proper name of Doventus Seabreak. He adventures to bring honor to his ancestors and provide money for his mother, father (disabled in a shipping accident), and little sister at home.

Very well dressed human. Rings of gold and ruby with a top hat, and ornate mask for his face with black bandages and gloves covering him up. Quite the gentleman.

A blue tiefling here for chaos and fun. He will cook some good food and just wants to be merry.