The Kingdom of Chisolm lies in the southwestern reaches of what many would consider the civilized lands of Istaria. The Kingdom is nestled on the coast of the Auslatic Ocean and consists mostly of arid coastal plains and rocky interior scrubland. Running through the center of the Kingdom however is the lush Aillaisian Marshlands, home to much of the region's agricultural produce.

The culture of Chisolm is a blending of influences from the Esperian Protectorate to the north, the Mardhelm Empire to the northeast, and the exotic nomads of The Khastis Desert. There is also periodic contact with the far-away Southlands and the city-states of Crastus and Yem in the east. Central to the Chisolian way of life is the search for beauty in all things, which has lead them to develop a society that values artists of all kinds among the most revered members of their society.

As mentioned, the lands of Chisolm are mostly arid, and no matter what part of the Kingdom you travel to the climate is exceptionally hot. To the east lies the inhospitable Sechest Plains, a broad swath of dry scrubland stretching all the way to the borders of the eastern city-states. None of the peoples of the Western Realms have had any success establishing settlements in this region, as any agricultural ventures have been absolute failures. Even herding ventures find little in the way of natural grasses upon which herds might graze.


Along the coast of the Auslatic Ocean, moist air brought in on sea breezes leads to a more hospitable environment. The land here retains enough moisture for long grasses to thrive, supporting a healthy number of cattle and goat herds, although planting fields of any kind is still a challenge. Palm trees dot the landscape, primarily clustered in the palmetto forest of Les Paumas, south of Olreas. 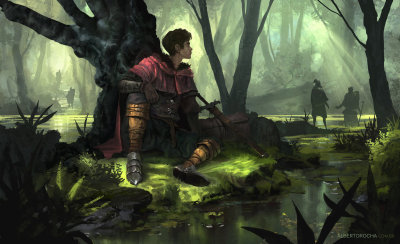 
The Aillaisian Marshlands lie where the Cadeuvie river runs through land rising gradually as into hills and rocky outcroppings. leading to the halt of the river's flow and causing it to branch out across the plain. The main river splits into four other rivers of notable size, and from there into hundreds of smaller streams, giving birth to a wetland in the center of what would normally be an arid plain.


Nearby Ailaise stands as not only the capital of a kingdom, but also a gathering point for the bounty of produce harvested from the marshlands. The produce includes a wide variety of fruits used to make fermented beverages. These products, ranging from wines to distilled liquor, are the chief export of the region and have turned Chisolm from a frontier curiosity of the region into the economic and cultural powerhouse that it is today. 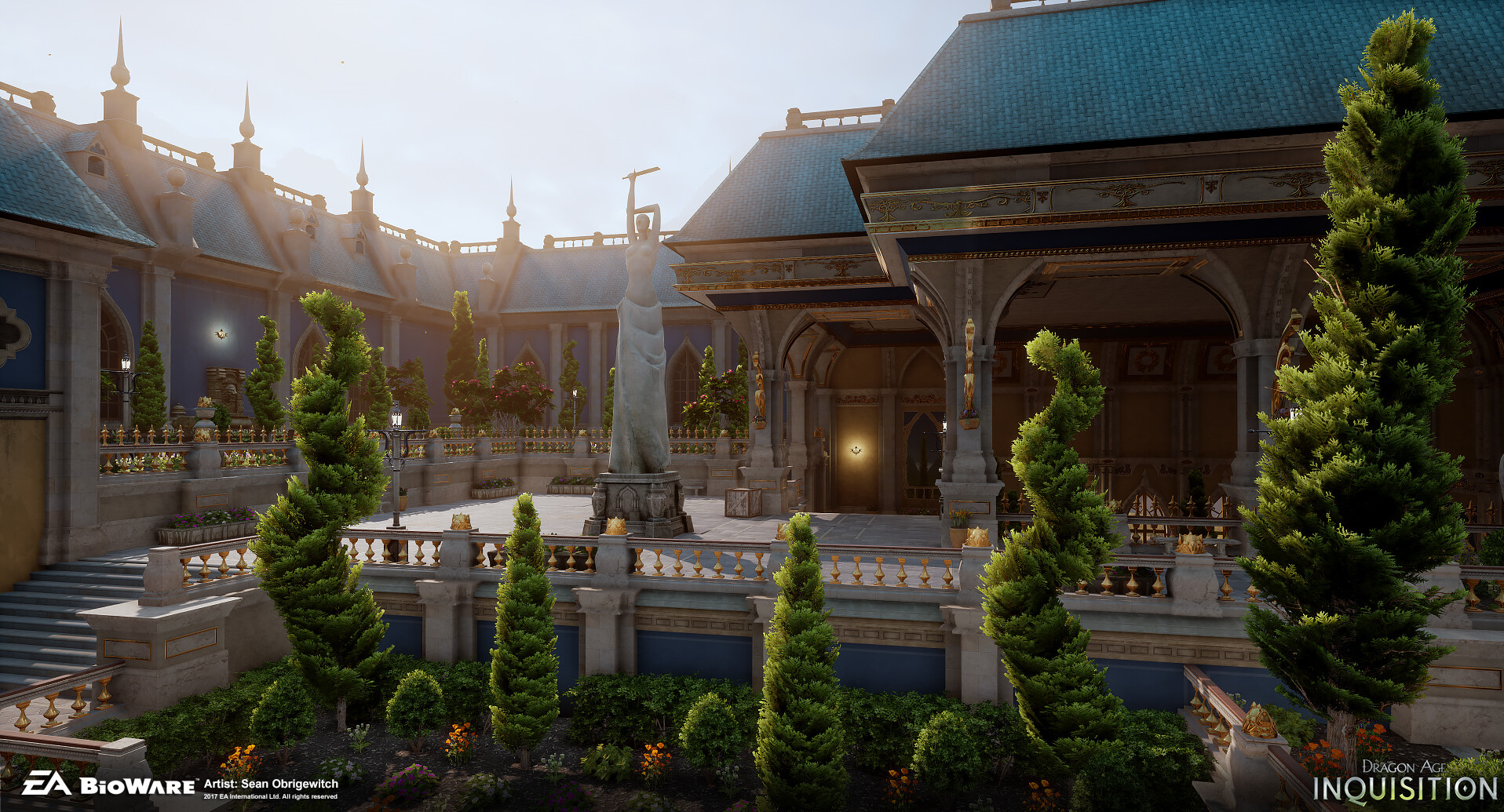 
Speaking of economy, far to the south along the edge of The Khastis Desert lies Laruleum. Nominally a military outpost defending the Kingdom's southern border from nomadic desert raiders, this town also serves as a major hub of a network of gemstone mines along the edge of the desert, providing much of the wealth that has lead Chisolm to become a prosperous society with the luxuries of leisure time and a focus on the arts.

Far from the southern desert, the Fleuve Impérial — or Imperial River —serves as the northern border of the kingdom. Distanced from the heart of the kingdom, this northern province is home to a simpler people focused more on working the land than art and culture. A simple folk, northern Chisolians value a hard day's work tilling the fertile soil surrounding the river above all other pursuits. 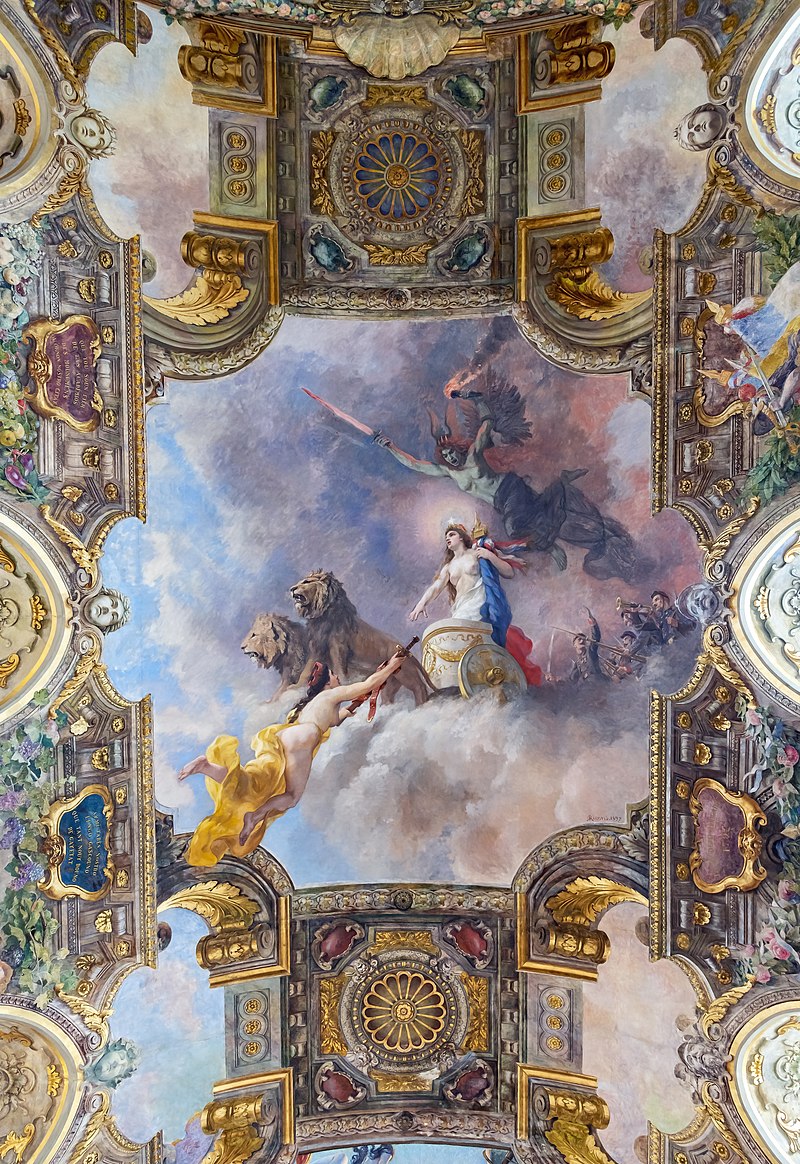 The Luxury of Time

Due to the profitable gemstone mines of the south and demand across the Mortal Realms for Chisolian wines and spirits, the people of the Kingdom of Chisolm have a luxury many other people do not possess: free time. With ample economic power to trade for many of the mundane necessities of life, flourishing herds, and successful farms along their river basins; the people of Chisolm generally need not concern themselves with where their next meal will come from.
Artisans of all sorts spend lavish amounts of time honing their crafts. From simple pottery and furniture to frescoes and towering statuary, all aspects of Chisolian life is imbued with a love of beauty and appreciation for the arts. 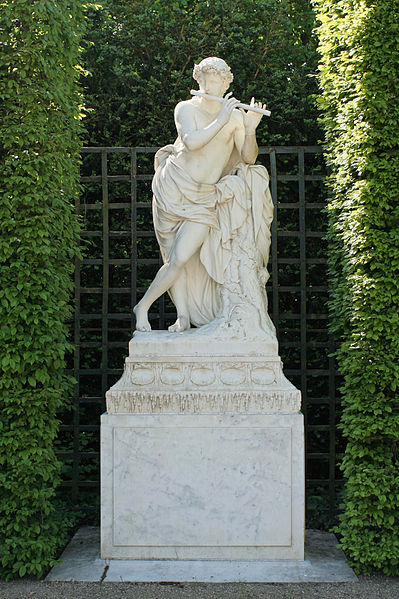 The Kingdom of Chisolm is surrounded by a variety of disparate cultures on all sides, with the exception to the ocean to their west.
To the north lies their closest neighbor, the Esperian Protectorate. Once a free kingdom, the Protectorate has been part of the greater Mardhelm Empire for almost four hundred years. Nominally still a sovereign body with their own King and laws, Esperia still pays tribute to the imperial crown and it is not unusual to see imperial soldiers patrolling these "free" lands.
Speaking of imperial might, the Mardhelm empire lies to the northeast of Chisolm. While the southern kingdom values aesthetics in all things and spends ample time on artistic pursuits and leisure, the Empire is pragmatic to a fault. Form and function are considered in all things, and decorative embellishments are not considered to be a priority. Even the statuary common in the north, immortalizing emperors and generals alike, are considered only to be an extension of the authority of the imperial right.
South of the Kingdom lies The Khastis Desert, home to nomadic tribes who barely survive in the unforgiving wasteland. Ruthless and fiercely independent, they see the burning sands of their home not as a burden, but rather a natural fortification. While all around them great powers squabble over land, their home is left relatively ignored due to it's inhospitable conditions.

Remove these ads. Join the Worldbuilders Guild
The Western Realms

Well I wanted to give some feedback on this way early on but then time intervened so I’ve only got the chance to read it now. Thanks to a comment glitch, a previous comment I posted didn’t seem to make safe passage so I guess I’ll have to leave a more detailed comment this time.   But anyways, I love this article! I’m usually not a fan of hot climates but I do love me some marshes and I love this article because of that and also because of how carefree these guys are! The artwork is just beautiful and yet at the same time, accurate and enriched the article instead of my mindless epic ones xD   I Know you’re short on time but I have a few questions related to the content itself. I hope they were at least a bit useful!   1) What are the military forces of Chisholm like?   2) What are their diplomatic relations with the Esperian Protectorate and the Mardhelm empire? Id love to see some deeper details about them!   3) Has the Mardhelm Empire ever tried to take over Chisholm? If they have not, then why? Is it because Conquering it will bring more loss than profit in the long run or simply because there’s nothing of value here?   4) What’s life like for a commoner in Chisholm?   I really did like this article and left a comment way earlier but it didn’t make it through due to a damned glitch. I hope my suggestions helped a bit at least! Congrats BK and keep up the amazing work! )

Thanks! Those are good questions, and ones I may have to take into account when I get to the main Chisholm and history articles. Thank you!