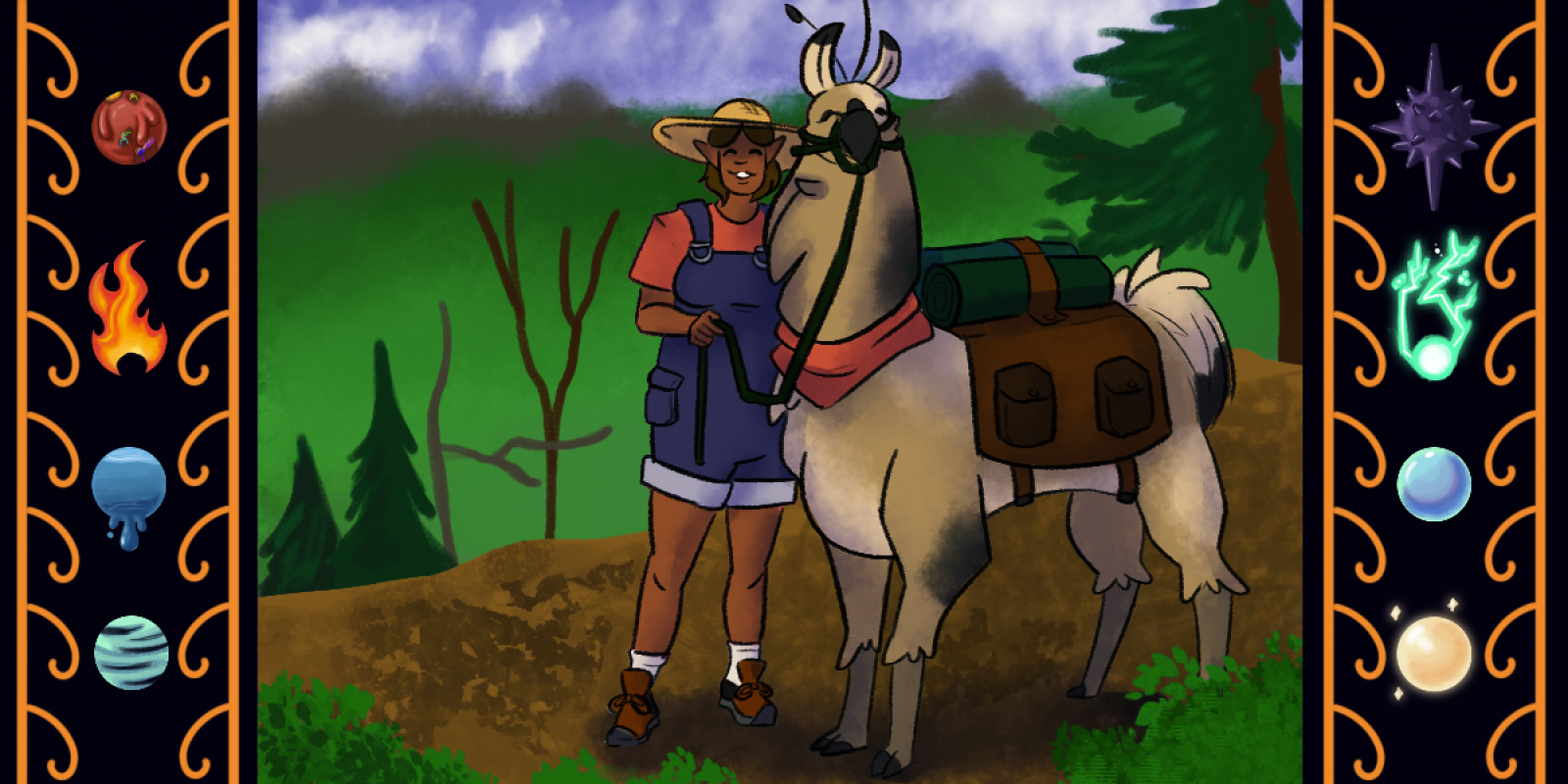 Used to living in grassy and forest filled land, Allma's are used for a variety of tasks and are well suited to living in rural areas. The main uses of the Allma would be wool and feather harvesting, followed by being used as pack animals, though it is important to keep them in at least pairs, as they are a social and curious species. 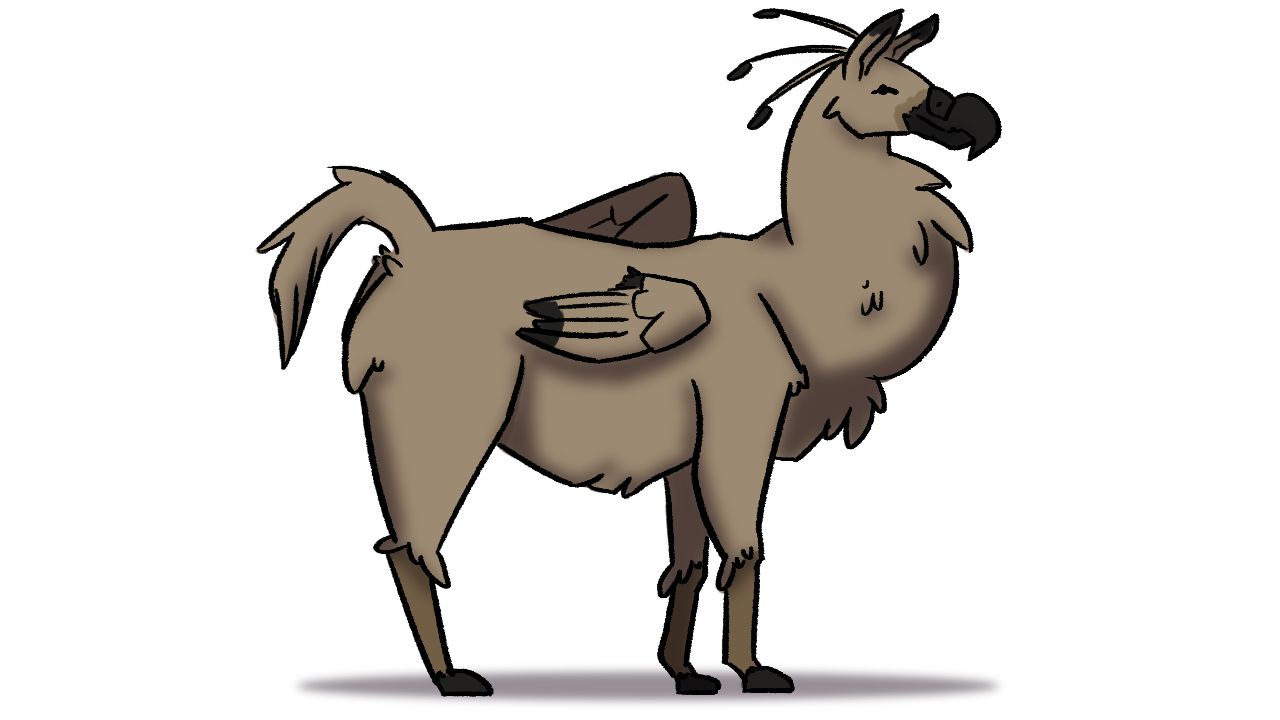 The Allma are a hardy breed, though their domestication levels depend on how they're reared by their handlers. It is important to rear Allmas with care; too much socialization will cause them to treat beings like another herdmate which can lead to vicious kicking, biting and headbutts. It is a delicate balancing act, and as a result Allma are not recommended as pets unless you are an experienced animal handler.

The lifespan of Allma vary due to a few items: what the beast is used for, and how hard it's worked. For example, an Allma being used solely for it's wool with a low stress life, is likely to live close to 80 years. In contrast, an Allma carrying heavy packs and climbing up mountains is more likely to have a shorter lifespan due to risks of injury and overwork.

Jobs common to the average Allma are varied: some may be used in petting zoos and as a pet, others may be groomed and have their feathers and wool harvested for the textile industry. Some are even raised for meat, though this is rare. Their main use is for pack animals, in groups of at least three.   While some are concerned about the Allma's wings while wearing packs, many wrap a blanket over their back, and the weight is typically spread evenly enough that there is no risk to the limb. It is recommended to take the pack off and let them stretch their small (and ineffective) wings every two hours, and sooner if the travelling has been especially rough.

Allma's are omnivores, meaning they can eat both meat and plant product. The typical diet is composed of grains, seeds, fruits, insects and more. In the wild, they are known to eat bones from fallen animals to up their calcium intake, cracking it open with their beak to eat the marrow.

"C'mon Ralphie, you gotta put the halter on. It's time to go work the fields." A Light Elf held a bright blue halter, and was attempting to put it over and around the beak of the large animal. It let out a low groaning croak, bobbing its head left and right, its hooves lifting and stomping to the earth as she fussed.

"Ralphie, please don't be difficult. Daisy already has her's on! We gotta get this finished before it gets too hot out....Ah-hah!" She smirked, deep brown eyes sparkling as she slipped and clasped the halter on. Ralphie bobbed his head, ears pressed flat against his head. To show his displeasure he dipped his head down, his beak piercing her straw hat and the large beak bonking her on the head as she did.   "Ow! Hey! You aren't going to get any field-mix if you act like that!"