Home of the Ancient Honeybees

Deep in the stout forest of the Little Greenwood, a golden hue lights the darkness, glowing with an ethereal light as the sweet scent drips through the air thick like honey. Buried amongst the short and stout foliage rests one of the few natural wonders of the forest, outside of the odd flora that calls this area home. A loud hum echoes as one drifts closer to the sickly sweet smell, clothes dusted with pollen as the glow brightens, welcoming the lost into caverns of wonder, laced with honey and wax. This massive structure was once the ancient home of bees as large as a Mauskin, but now, it is the residence of the Greenwood Bumbles.   The Ancient Honeycombs, even with its golden treasure, is a place to be feared by the small races that call the Little Greenwood home. Halflings and Lutrines avoid the area, having little reason to venture into the depths of the forest where the ancient bees once lived. Only the Mauskin have a deeply entrenched instinctual fear of the honeycombs and the horrors they could bring for ones so small. For a Mauskin, child or otherwise, the sticky enticement of the Ancient Honeycombs is a deadly sentence.   Full of deep holes filled with sweet camellia honey or sticky wax, the caverns of the Honeycombs are a haven for the bees of the Little Greenwood. If anyone dared to enter and reap the benefits of the golden treasure, the sweetest honey in Isekai, made from the ancient blossoms that once filled the forest, would flood the world, a delicacy without the price of luxury. But the Honeycombs rest in Mauskin territory, a traditional unspoken boundary that few in the forest have dared to cross with poor intentions since the War of the Giant Camellia. Only the Mauskin could reap the benefits of the Honeycombs, but their fear of it is as great and true as their dislike for Felines. 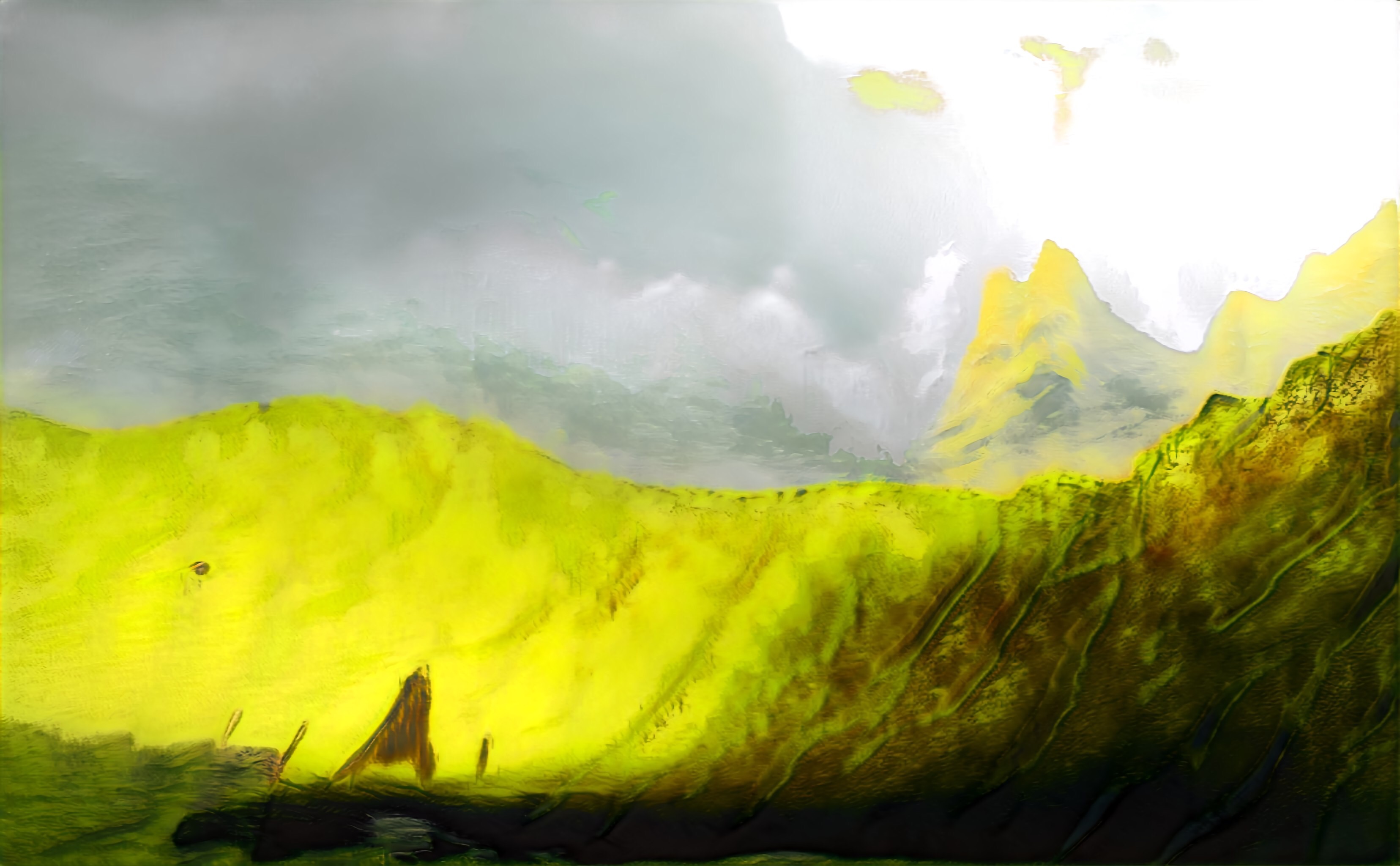 Ancient Honeycombs by Landscape via Artbreeder, created by RiverFang
Few outside of the Mousefolk have seen the Ancient Honeycombs, but it is said that they reach up like a glowing wall of gold, dripping with honey and pollen as old as the forest.

Long before the Greenwood Bumbles became the largest of the bees to live in the Little Greenwood, the bees of old were said to stand the size of a full-grown Mauskin, with wings spread as large as an eagle in flight. While non-threatening, these large bees found great joy in the giant flowers of the forest, including the giant camellias that the Mauskin so often raised their young in. Stories still survive about those younglings that were whisked away by these ancient bees as they took the pollen of the camellias back to their hive. For children, these magnificently large creatures were predator and their small forms were prey.   As centuries passed and the giant bees of the past became the much smaller bees of the present, the Mauskin began to venture into the Ancient Honeycombs in hopes of farming and cultivating the bees and their hive like they had done for so many things in the Little Greenwood. Even then, stories of horror arose as their Bards told of those who had perished in the Honeycombs, drowning in the sweet nectar of the bees. Others had suffocated beneath the thick wax that built up in the caverns. As the stories continued and grew in their exaggeration, the fear of the Honeycombs became entrenched in the Mauskin. The sweet enticement of the Honeycombs could only mean death. 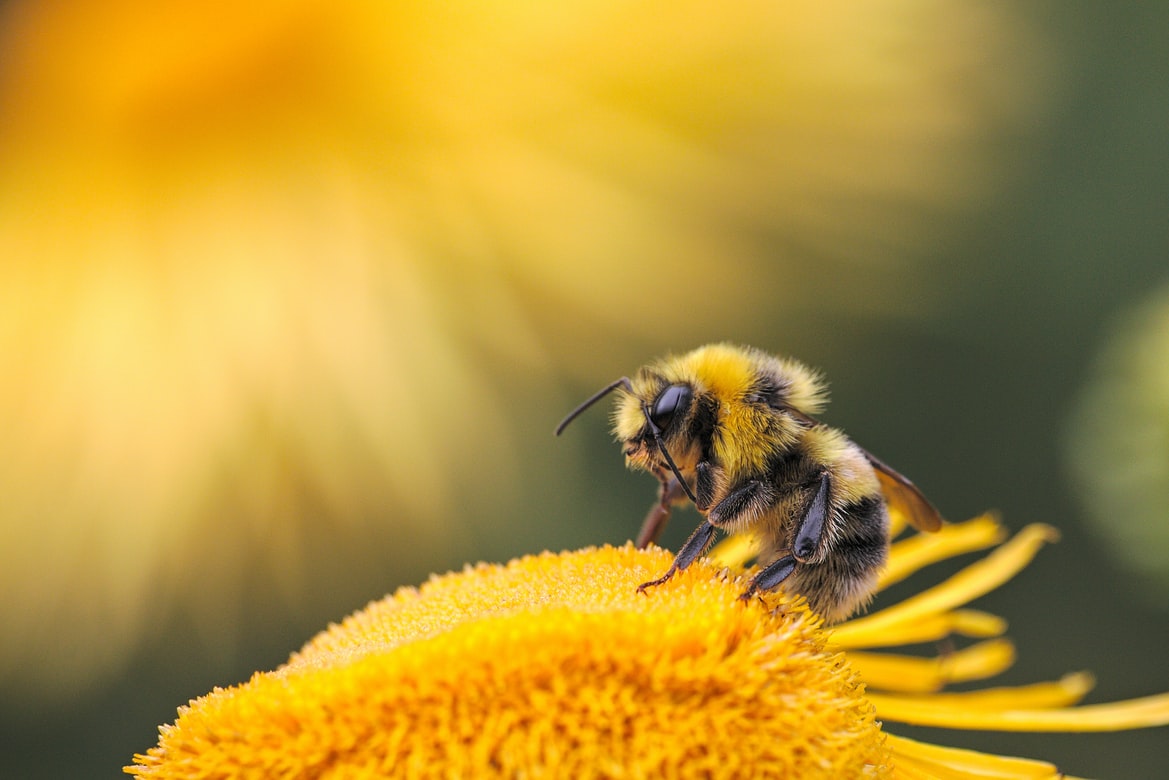 Honeybee by Dmitry Grigoriev on Unsplash
Greenwood Bumbles are one of largest naturally occurring insects in the Little Greenwood, but are much smaller than their ancestors which created the Ancient Honeycombs.
Founding Date
Unknown
Type
Natural Wonder
Parent Location
Little Greenwood
Open
17 Spring’s Evening, Year of the Amaryllis
Grandmother told the stories of the Honeycombs, trying to scare the younglings away from there. Their playing had gotten closer and closer to the sweet nectar as the days have passed towards summer and her fear for them has only grown. Darwin, the youngest of the group but the leader, laughed at her story, telling her she was nothing more than a frightened piffin, but Grandmother kept trying.
21 Spring’s Evening, Year of the Amaryllis
Sena and Ference came home today, but without Darwin. They ran to Grandmother, crying and apologizing, blubbering about the Honeycombs and Darwin. By the time the menfolk made it to the Honeycombs, it was too late...

Thanks to Stormbril for the great CSS scroll! Check out his other CSS magic here!   Enjoy the lore in this article? Discuss it in the Lore Discussion board!

I love your imagination. The idea of a giant honeycomb that the mousefolk fear is such a great idea. I feel sorry for Darwin. :(

It is always such a joy to read about your world. This too sounds like such a beautiful yet dangerous place.