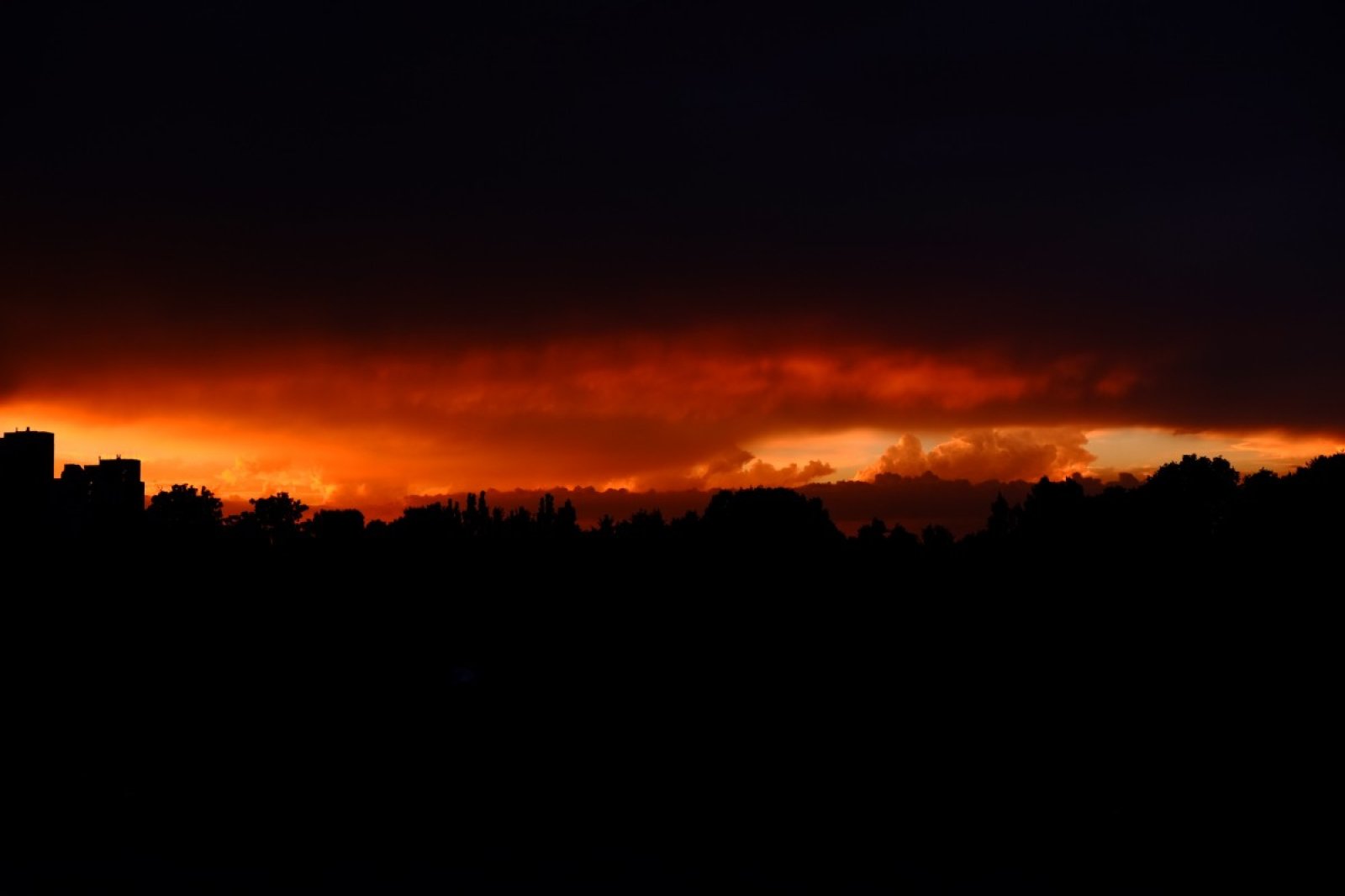 There are several types of chaos storm that ravage the lands of Iouran, but one of the most feared is the red blizzard, because with it comes the threat of the amber creep.

I heard the keening first, not from the storm but from those who had noticed its coming. Much to the chagrin of my fellow lodgers - who immediately shuttered the windows and huddled together in the center of the room - I ventured up the stairs to the roof. I had never before been witness to a red blizzard, nor have I been since, and I could not resist the curious strain of thought that bade me see the thing in all its terrible glory.   Viewed from a distance, the phenomenon looked like nothing so much as a fiery sunset, though it was not yet midday. The crimson cloud seemed malevolent to me, though I cannot say for certain that was not simply a fanciful bent of mind born of my knowledge of its horrible nature and the distant murmur of chanting from some misbegotten cultists under the general din of dismay and warning.
— Gulshan's Guide for Wanderers

Though the first instinct of most living things, whether sapient or not, is to hide when a red storm is on the horizon, there still exist several written descriptions of such events. It first appears as a gathering of red-tinted clouds, growing quickly into a foreboding obstruction of the natural sky that moves much like a natural storm. When the clouds release their burden, what falls is not rain but a dense hail of sorts, small red crystals that melt to the touch but feel warm rather than cold. They accumulate on the ground for the duration of the storm before suddenly evaporating as the phenomenon ends. (This deeply frustrates arcane scholars who wish to study it in the hopes of finding out more about both the blizzards and the laughing pins disease. Many attempts have been made to preserve crystals, thus far to no avail.)

My brother was caught out in the red blizzard yesterday. He was giggling all through the night, though I tried to get him to stop. Papa heard him anyway. This morning they walked together to the forest, to go hunting. Only Papa came home.
— from a young girl's diary

It is generally believed that either coming into contact with the crystals or inhaling the vapors from the dissipation increases one's chances of contracting the laughing pins, but a direct correlation has not been established and despite the majority of thinking people taking shelter during the storms, a few cases of the disease always result from every blizzard manifestation. Skin contact does result in a strange euphoria that can last for several minutes or several days, even if the individual does not develop disease, which has led to some tragic consequences, for not everyone is willing to wait for the full disease to develop before taking drastic action.

Like all chaos storms, red blizzards appear across Iouran, but there are some locations with higher frequency. Examples include the Huatari Plains and the Topa Islands.