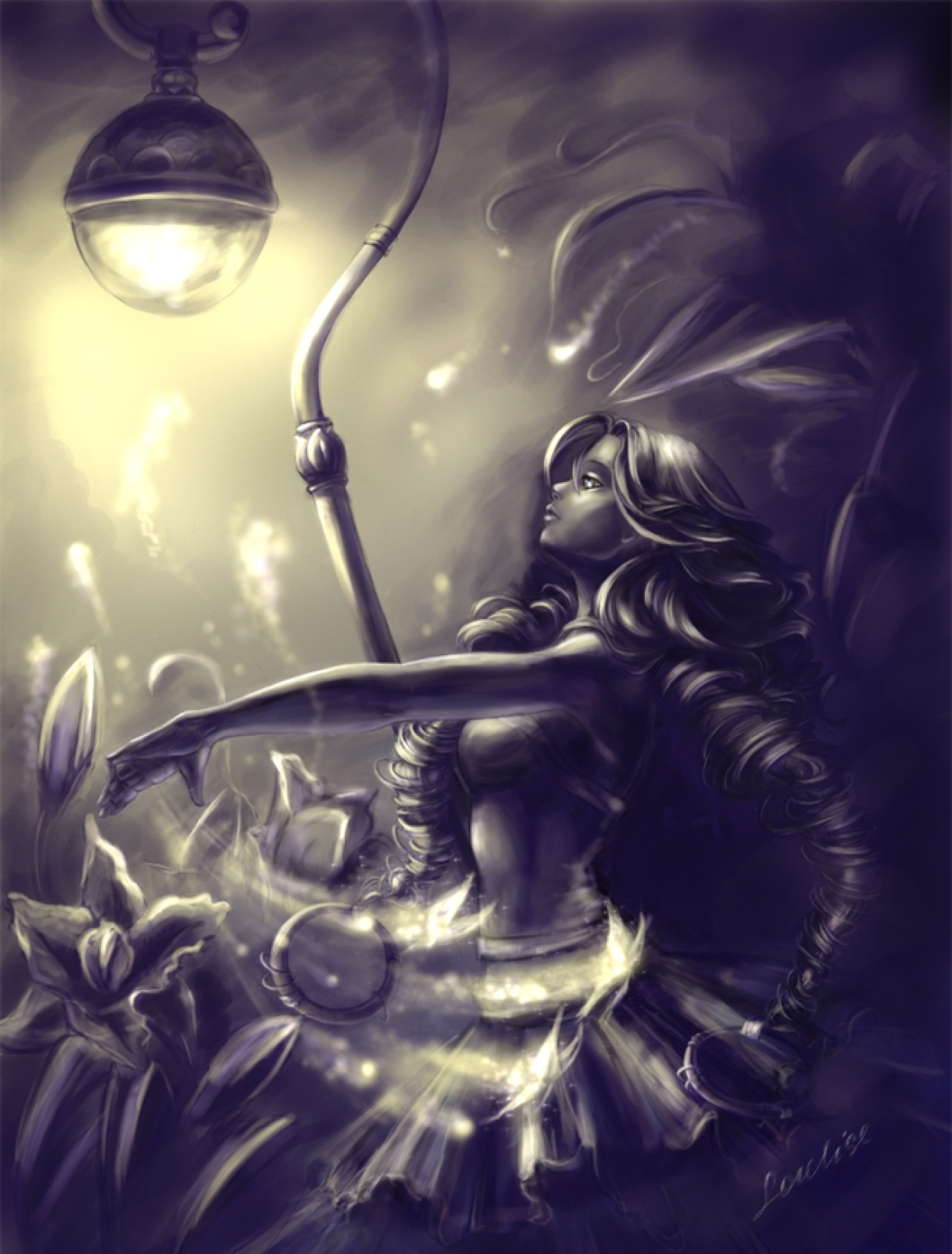 Illumination magics are powerful forms of magic that can only be used in combination of the other lesser magics. This greater form is broken up into two aspects light and dark. While the symbolism of good and evil has been connected to these magics has been around for centuries, it's best to forget those ideas before reading more.

Light magic is incredibly complex and enchanters and magicians have not been able to fully comprehend how the magic works.

It's best to start with how to create it. Just like making a cake, you need the right ingredients mixed in a certain way to create this make it. The three main ingredients are Solar, Life, and Fire magics. From those three, three techniques are the strength of your soul from the life magic, the will and dedication from the Solar magics, and the connection to your emotions from the fire magics. All six are important in casting. By lacking in one area can weaken the spell and break it down. Only together can one master this art. However, this is not the only necessary component.

Just like the Celestial Magics, affinities are given to certain individuals called Light Blessed. We don't know how one becomes blessed, but it is almost essential to being able to cast it. It is possible for a person of great skill could wield it, but the spells would be significantly weaker and unstable. As such, it's a "blessing" to be able to wield it. From the studies master wizards have conducted, a light blessed is one of a kind during the era. This makes them near impossible to find.   In the situation that you are light blessed, there are several changes you will experience. Until your power is fully awakened you will have an average lifespan, but when you tap into the light, it will slow to the point of near immortality. It's believed that one year for them is hundred years for us, so in a lot of cases, light blessed are usually younger people in the stage of growth around a young adult. Another change called the Aura is an ambient field of magic that surrounds you at all times. It protects you from the natural elements, heals wounds, prevents sickness, and illuminate dark areas slightly. If this isn't to your liking it can be disabled, but only when it lets you.   Something odd about this magic is how fickle it can be. As some enchanters has reported, "you are not using the magic, you are working together with it." As a result, sometimes unexpected things can happen and may appear as if the user has heightened senses. This is a myth, in reality the magic acts right beside the blessed either fading them out of this plane briefly, or raising wards to protect them from harm. While it doesn't have the habit of disobeying, it tends to do more than intended creating surprising effects.

The least known type of magic due to it's dangerous properties.

Magic has to be looked at as if it was a coin. Light on one side. Dark on the other. Dark magic is made in a similar way to light, but with some differences. It needs the power of Death, Lunar, and Water magics with the techniques of possession from death, the creation of poisons form lunar, and the calming flow from water. Taking these six will create the dark ooze associated with this magic. Since it's attached to the body, it has to stay with the source of which its made.

While no one can be born with this curse, it can be obtained by anyone with lunar affinity. However no one alive can use it. This doesn't mean it's not impossible to use. One must pay the ultimate price, killing oneself, to be able to wield it. If they are strong willed and have casted a possession cruse on their body, even after death they can live on as a Dark entity, a vile creature. Only they can wield dark magic to it's fullest extent. If an alchemist can concoct a potion to create the dark ooze then the ooze will responses to them which allows them to wield this dark magic.   From what has been witnessed, a Dark Entity receives some alterations if the process is a success. They for on do not visibly decay unlike other possession curses to create liches. Their body retains the appearance due to the lunar magic that surrounds them. In this way they can shapeshift with ease, but strong light magics can dispel it to see their true appearance. There is also a dark black pearl it is the source of their dark magic where their soul resides. We do not know if it's a solid rock or a liquid orb due to the lack of research on these creatures. However we do know what this is the only spot they can feel pain. As such it's only weakness.   This magic is completely obedient following the user's orders without question. At least from what rumors suggest. The magic is apart of their mind, so unless the user is disrupted, the magic will act on it's own to accomplish the tasks the Entity desires.

These two magics are incredibly dangerous with each being the counter for the other. Historically, light has been a source of good and hope within the world while the dark has been a symbol of despair and evil. However, this doesn't mean they are trapped in these roles. The light can just as much harm and destroy as the dark is to protect and heal. It is up to the heart of its wielder on whether they fall into what they are destined to be.

It has no known natural occurrence. It can only be created by weaving the magics together. When this is accomplished, it appears as a bright white flame. Any spell using light magic will have this affect. For example, casting a ray of light magic will create a beam of white fire. Creating a wall, a flaming white wall will appear. It does not last long without focus from the user or a supply of magic. Otherwise within a few seconds it will dissipate. As a result, the more powerful spell, the more power their is to maintain it.

This does not have a known natural occurrence as well. It will appear as a dark sludge connected to its user. Breaking the connection between the two will make it dissipate. When used it looks as if waves of dark water flow around to fight and protect its user. However it must remain attached to its source, but if it does, it can create nearly anything with little effort. The only effort on the wielder would be to produce more which requires a substantial amount of concentration compared to weildering it.

Good and Evil. Light and Dark. These concepts are not one in the same. It's not the tools that define you, but what you choose to do with them.
— Garamond (Quoted by Renna)