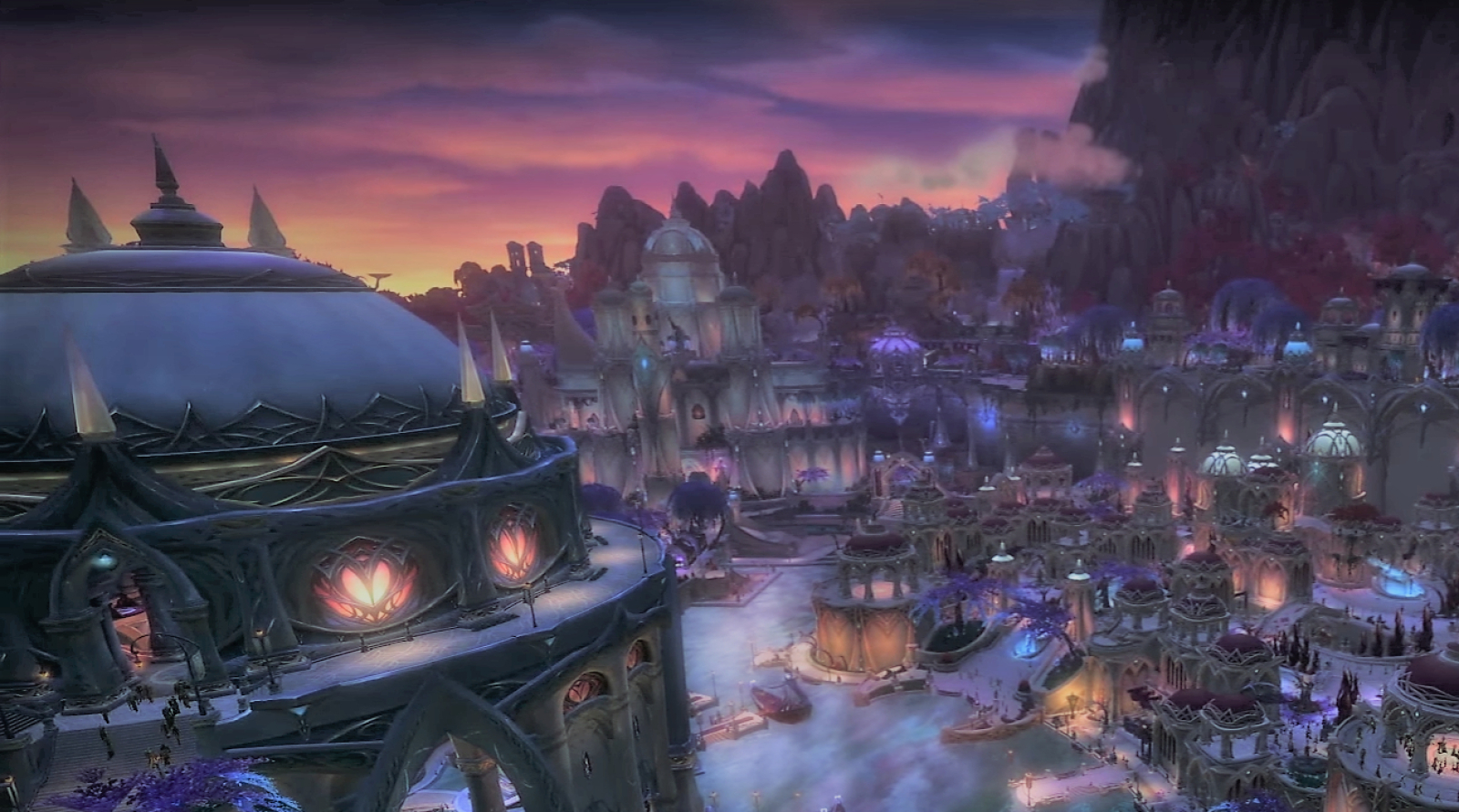 A city covered in darkness, Nighthold is the staging ground for the Twilight Empire. Some of the drow who reside there mockingly call it New Celwynvian, as it has been closely reformed into a representation of the former home of their people long ago.

The city and surrounding area is populated with humans, with a few tieflings. However, the true power in the city rests in the hands of the drow. They do not have the population numbers but they are the dominant race in the kingdom.

King Rajak rules the kingdom. He is human, and the prince of the former king. But he claims to want to bring harmony between all the people of Nighthold.

Hellhounds and demons patrol the wilderness and borders of Janmasthal (birthplace). Human soldiers monitor the gates, roads, and borders. With every squad of humans, there are half as many drow and vishaal (giants) or demons.

The primary export was magical items, but the wines that come from Nighthold are especially fine. They have a magical aura to them but without any discernable school associated with it. The wine is black, and in dim light, it gives off a faint purplish glow. The magic seems harmless, and the wine itself is delicious. Bottles of white wine are also available, with the occasional sparkle as if infused with diamonds. But no solid particulate can ever be found. "Diamond drinking" and "tasting the night" are phrases often associated with Nighthold wine. They are slowly spreading, and fetch top price.

King Gustin used to rule over the former city of Dunraven. Lasdolon arrived, killed the king, and took over. The city's name was changed to Nighthold, and Prince Rajak was elevated to King.