Elemi is a gift bestowed upon certain individuals recognized through their efforts, achievements or features by the Lys, or so it was believed and spread by the Humans. They grant users elemental abilities, sometimes accordance to their most dominant personalities or attitude towards others. Wielders of Elemi are called Faidh (singular) or Faidha (plural). 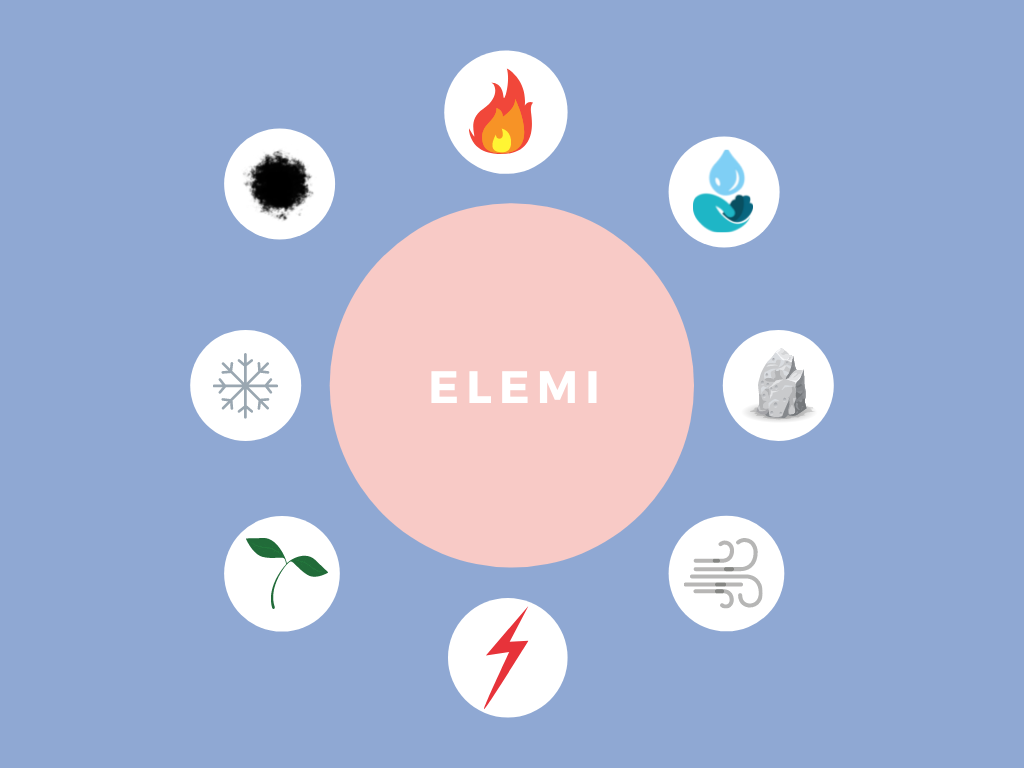 Branches of Elemi by Cryssalia

The origin of Elemi varies to determined as true. Some believed it is a blessing from the Lys. Others believed it is a curse since the Humans are able to wield them.   In recorded history, Elemi first emerged after the Dark Calamity as a sign of hope for the people in Frantumare to recreate life and society according to their vision. Lignum being the most common Elemi due to the necessity of plant-based users to grow crops and forests. However, in wielding these elemental magic, they may assimilate into their biology, altering their nerves, organs or mental.   For example, Augalas are plant-based Faidh that may manipulate their veins to create plants from their own palm. This may cause extreme bleeding if the plants are chopped or yanked. Flamar are fire-based Faidh that will manipulate their lungs to contain or breathe fire, which can cause internal combustion or create sparks on any part of their body to conjure flames as shields or weapons. These can damage and most of the time cook the Faidh alive, provided they are able to control their heat prior attacking.   Elemis can be combined to create another Elemi, though this is the most dangerous procedure that can only be achieved by certain individuals. Merging of Elemis gives birth to Inanis, the Power of Void. Initial mergence will cause a supernova, obliterating anyone close by into ashes. An Ashen Born is able to wield Inanis, but the phenomenon may kill the Faidh if their body could not contain the power.