Filcha
From the bitter, windswept steppes of the Endless Waste to the storm-lashed cliffs of the Sword Coast stretches a wide, wild land of shining kingdoms and primal wilderness, Faerûn (pronounced: FAY-er-OON) is a continent of approximately nine and a half million square miles, located mainly in the northern hemisphere of the world of Toril.   Sub-arctic extremes chill its northern reaches, where ice sheets like the Great Glacier dominate the landscape in blinding white. To the south are the equatorial jungles of Chult and the tropical coasts of Halruaa. It is bordered on the west by the Trackless Sea and on the east by the Endless Wastes and the Hordelands that separate it from Kara-Tur. Other lands lie in distant corners of the world, but Faerûn is the centre of it all, the crossroads and crux upon which all else turns.   Faerûn is a land with of dozens of empires, kingdoms and nations, many hundreds of cities, and countless tribes, villages and settlements dot scattered throughout its expanse, most struggling to make their way in a landscape that can be unforgiving wilderness one mile and cosmopolitan city the next. Almost seventy million humans, elves, dwarves, halflings, and other sentient beings call Faerûn home. It is a land of magic and intrigue, cruel violence and divine compassion, where gods have ascended and died, and millennia of warfare and conquests have shaped dozens of unique cultures. 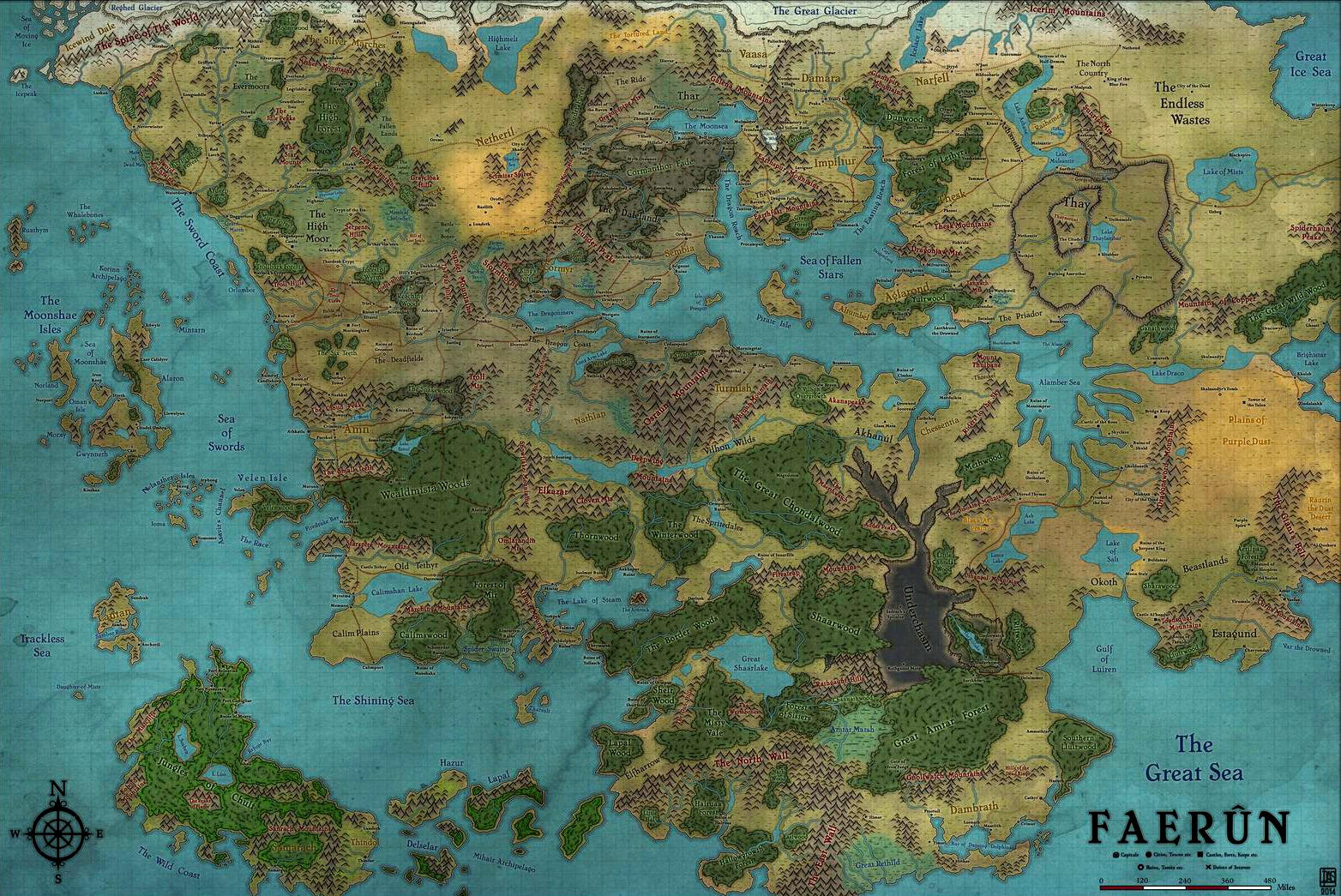 The Fires of Avernus