Lady Alora Sybrant is perhaps the most frightening woman in recent Seruic history. If her journals are to be believed, over two hundred young women and girls fell victim to her lust for blood.
— A scholar

Alora's quill was the quill Lady Alora Sybrant used to write her journals, which detailed her crimes over a ten year period. Most notably, each of her victims' names were inscribed in their own blood.   The quill is made of the feather of a white raven, with a wicked point made of silver. It is currently held in a vault below the Needle in the city of Ebonvale. People who have seen the quill in person report it to have a somewhat malevolent aura, though scholars argue that this is merely due to knowledge of its history.   Alora was the youngest child and only daughter of the former High Lord Stephen Sybrant. Uncommonly for a High Lord of Serukis's daughter, she did not get married; instead, her father indulged her every whim. He even had a separate residence built for her, a beautiful building known as Butterfly Hall. In 4592 EA, after the title of High Lord had passed to him, her brother, Colton, discovered some disturbing rumours that their father had been intentionally suppressing. Butterfly Hall was raided and Alora's journals discovered, which left Colton in no doubt of her crimes. She was imprisoned and subsequently executed, with the quill kept as a reminder of what power could do left unchecked. 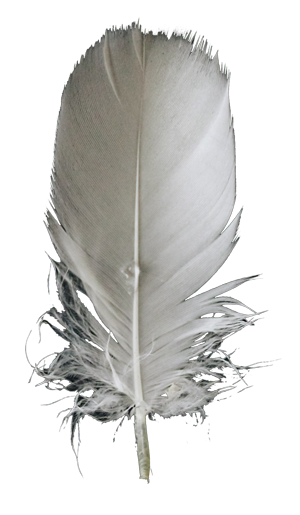 That is dark, but I like it because it opens the door for much more stories! My favourite is Butterfly Hall... I'm biased, I love butterflies. <3

Thank you! I'm looking forward to writing about Butterfly Hall in the future. It's a beautiful place.

Dang, this is super dark, it's got a Silence of the Lambs vibe to it! I wonder what Alora did to her victims, but I'd just as soon as not know, in all reality. :O

This got a lot darker than I expected it to get. I'm sure there'll be more articles about her in the future. Thank you!

You managed to write this in such a way that I wish there was more!

Thanks! There will be more at some point after SC! :D

I love they history in the quill, Its always a pleasure to read :)

Creepy... but also really interesting. I hope you elaborate a bit on exactly what Alora's crimes were, although I am slightly worried that it will be a bit gory. Actually, no, I have some pretty dark imaginings. I'll probably be fine.   Looking forward to more!

Lilliana Casper   I don't comment much, but I love reading your articles! Come check out my new world, Jerde.

Yeah I have a whole bunch of stubs about her now, so... more to come in the future, I guess. Thank you! :D

That was creepy and extraordinary indeed! I see lots of stubs, so I assume there's a lot more to be learned about this person, her quill, and their "adventures"...

Aww, very bloody story :p Any reason she did that? Just because she could and was bored? Or was she trying to accomplish something specific like the countess Báthory?

Báthory was definitely an inspiration for Alora. My feeling for Alora is that she did it because she enjoyed it, but I think I'll explore her more in different articles later. :D

What a fascinating relic! Like others have said before me, I'm dying for more on Butterfly Hall and on Lady Alora in general.

Ok sorry, kitchen got cleaned then forgot. I'm here tho. Let's do it.     First of all, I LOVE that she used their own blood to write their names. It's like yeah, serial killer trophy, but classy. I realllllly hope you have more written kn this subject cause I MUST KNOW MORE. how were they killed? Why were they killed?

I definitely need to write more about her during World Ember, I think! Serial killer trophy was the feeling I was going for. Thank you.