The great Empire of Rameria has fallen ten years ago, spawning many fletchling nations that are eager to prove themselves to a war-weary populace. While some may attempt to restore some semblance of stability or justice to these war-torn lands, others may be drawn east to the Hordes of the Xingqin, or even North to [REDACTED]. Yet something stirs in the New Republic of Hell, seeing an increasing amount of devils roam Engwilt for unknown reasons. Will this world's heroes restore a golden age of prosperity or push it over the edge?   The whole setting of Engwilt serves a dual purpose: on the one hand, I hope it to be an entertaining setting for a DnD campaign, while at the same time it should pay homage to many other fantasy settings I myself experienced, from games over movies to books. I want to use concepts from those settings yet put my own spin on them, sometimes staying close to the original and sometimes ending up with something completely different. 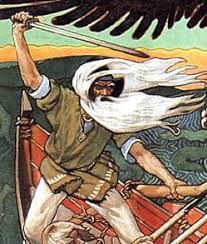