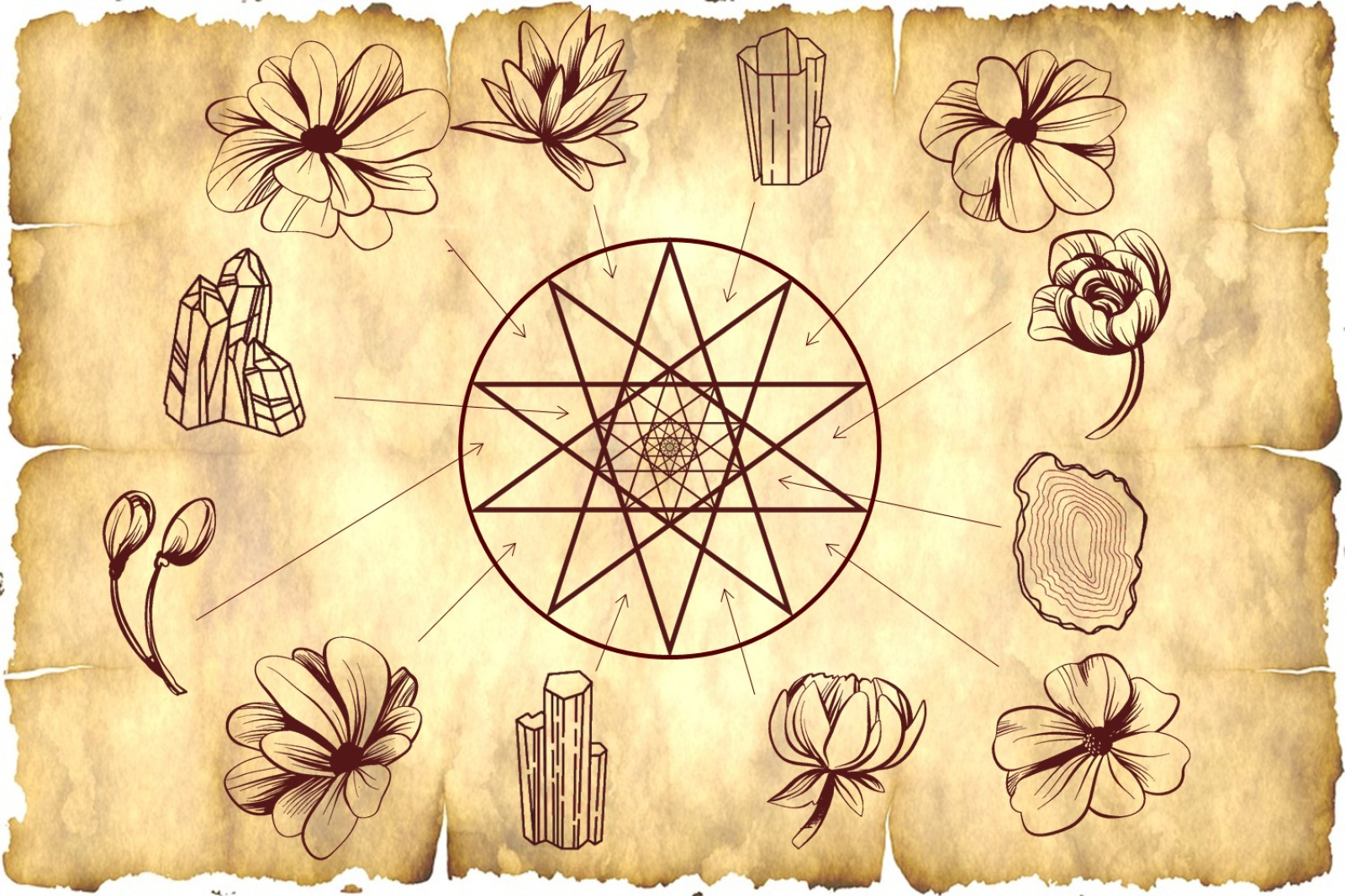 Empire of the Covenant    Culture & Traditions      Solstice and Equinox celebrations

The most important religious festivals in the empire are the solstice and equinox celebrations.   The inhabitants of the empire worship their ancestors through the Land. Indeed, people leave a trace of their magic behind when they die, and several generations living in the same place imbues that location with a magic that can be called upon by their descendants for protection and advice. Such a call requires a lot of magic to make and most people will only be able to carry it during the solstices and equinoxes.   Those celebrations are in fact magical rituals during which the link between the Land's magic and its inhabitants is empowered and intensified so that real communication can take place. In addition to this, each ritual also has a specific function.   It is customary to celebrate at least part of those rituals in one's own Estate, but the nobility will often use the occasion to organise big gathering at which most of high society is invited. During those, it is tradition for guests to participate in the rituals of their host in order to repay the guesthood with a gift of their own to make the Land that is welcoming them continue to prosper.   Other important rituals or event such as courtship rituals and marriage bonding are often organised to coincide with the solstices and equinoxes.   The exact details of the celebrations differ in every Estate depending on local plants and tradition. The condition is to choose plants and fruits that are associated with the season celebrated so that they can carry a symbolic as well as magical weight during the ritual. What follows is an example from the Estate of Alyssenne in the south of the empire which has a temperate climate and four distinct seasons.

The stars by Alexander Andrews on Unsplash 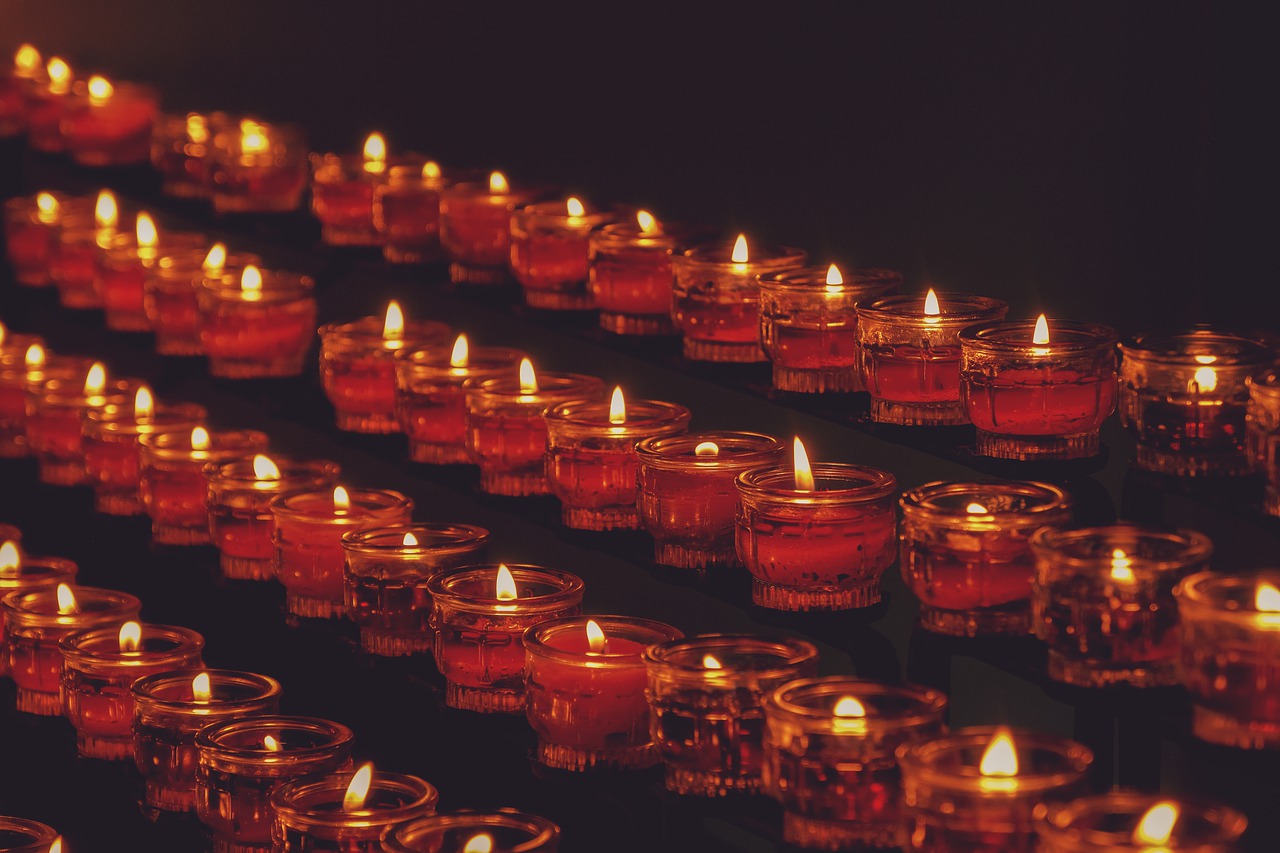 Prayers and sacrifices by NickyPe on Pixabay


Lady Merisse drank slowly from her goblet of grape juice. The magic of the Alyssenne's Land slowly sipped into her body as she did so, creating a faint connection between her and that foreign Land, as if she had been born to its illustrious House. Whatever equinox celebrations she had participated before, this could not live up to what a proper ritual led by the high nobility was like! Just one glass and she already had enough energy to conquer three Estates tonight!


Date: 20th Fleurial   Purpose: Celebrate the end of the cold and the harshness of winter, and the renewal of life, fertility and love. Helps reinforce the connection and communion with the Land and help everyone start the new season at the same rhythm as it. Receive fertility in both body and mind for the coming months.   Elements: In the morning, dealing small pebbles filled with one's magic over one's fields to give the fields the energy to support new plants to spring again, strong and fertile, in the coming months. In the evening, drink a juice made of rhubarb, daffodils and almond tree flowers that have all been picked up at dawn at the waking up of the lands.   Symbolism: Almond symbolises renewal, fertility, and magical and creative powers. Daffodils also symbolise the renewal, while rhubarb stands for a healing power. 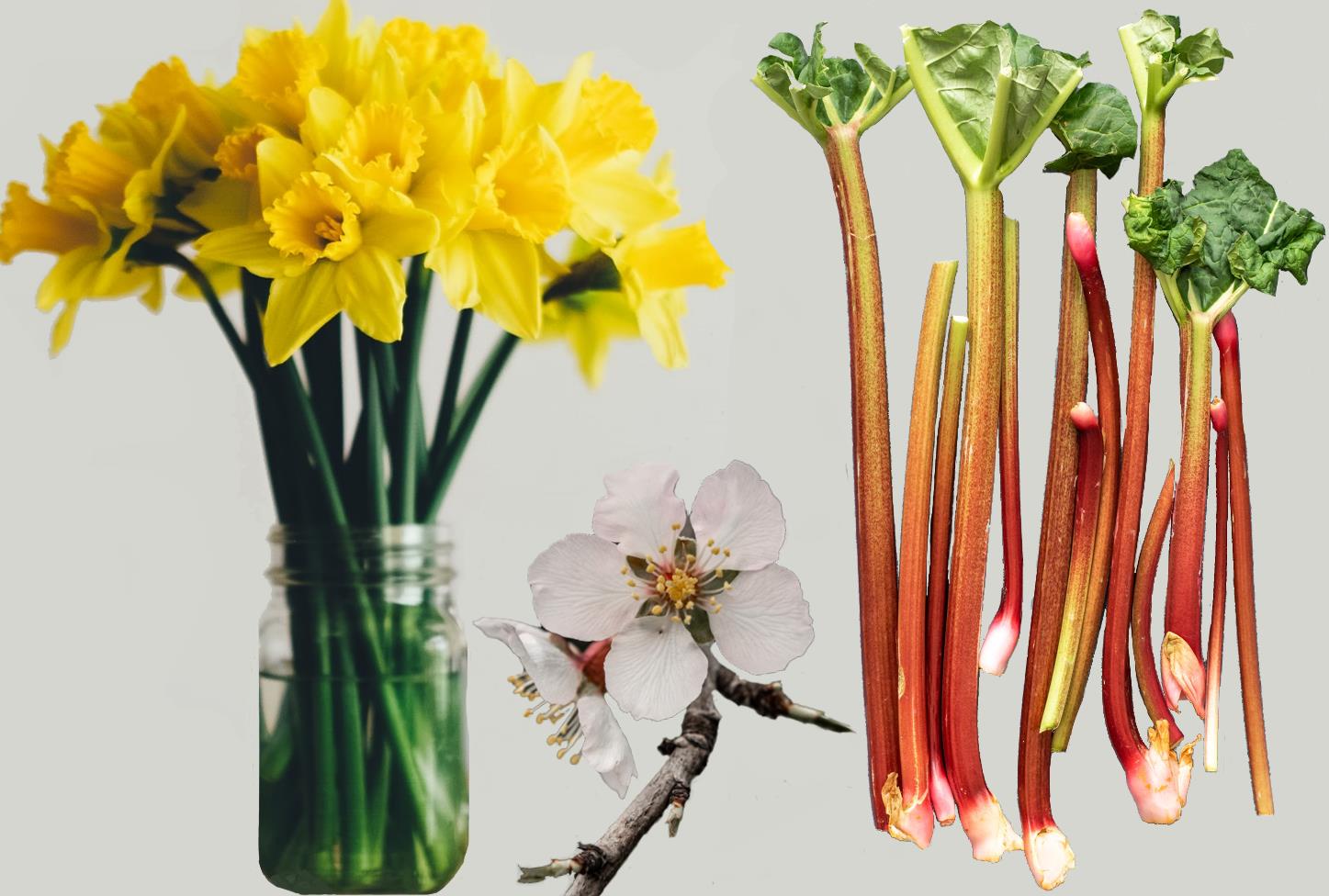 Spring ritual by AmélieIS with Unsplash


Date: 22nd Fruitial   Purpose: Celebrate one's links with others. About justice, fairness, guidance, protection, friendship and alliance between a ruler and their people and with their fellow lords and ladies.   Elements: Strawberries and meadowsweet are picked in the fields with friends and allies, and many small bunches of meadowsweet are made by knotting a branch of mint imbued with one's magic around them, while eating the strawberries. In the evening, dances are organised around a bonfire and the bunches are exchanged with other peoples' to signify good feelings, friendship and alliance.   Symbolism: Strawberries symbolise attraction, love, and desire, while fire stands for the sun and purification. Meadowsweet signifies good feelings, and mint stands for protection and healing. 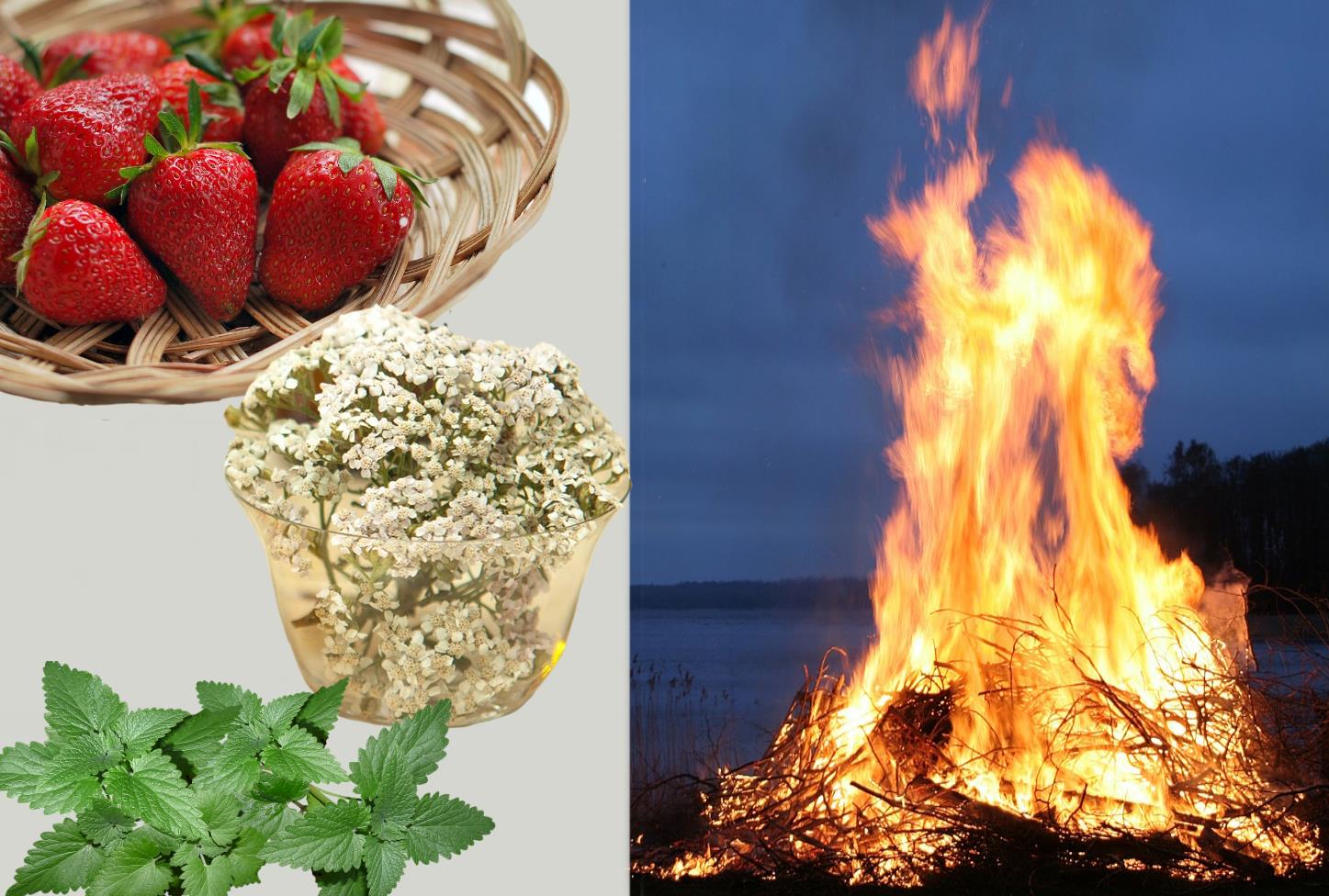 Summer ritual by AmélieIS with Pixabay


Date: 24th Vendial   Purpose: Remember the ancestors that have brought one's House to where it is today. Reach to the magic of the Land to connect with the traces they have left behind and feel for their advice and guidance in one's undertakings for the year to come.   Elements: After harvesting the magic of the Land through an agricultural harvest, its flesh is symbolically eaten and its blood drank. This is done by drinking grape juice and by eating an apple that is cut horizontally to show the two halves to show to the crowd the pentagram that is naturally formed by the holes surrounding the seeds. Crowns of hazel and acacia flowers are worn.   Symbolism: Grapes stand for the whole of the harvest obtained from the Land. Apples with their seed pentagram stand for magic and ritual. Acacia symbolises lost knowledge to be re-found, contact with the deads, and immortality. Hazel symbolises wisdom and hidden knowledge. 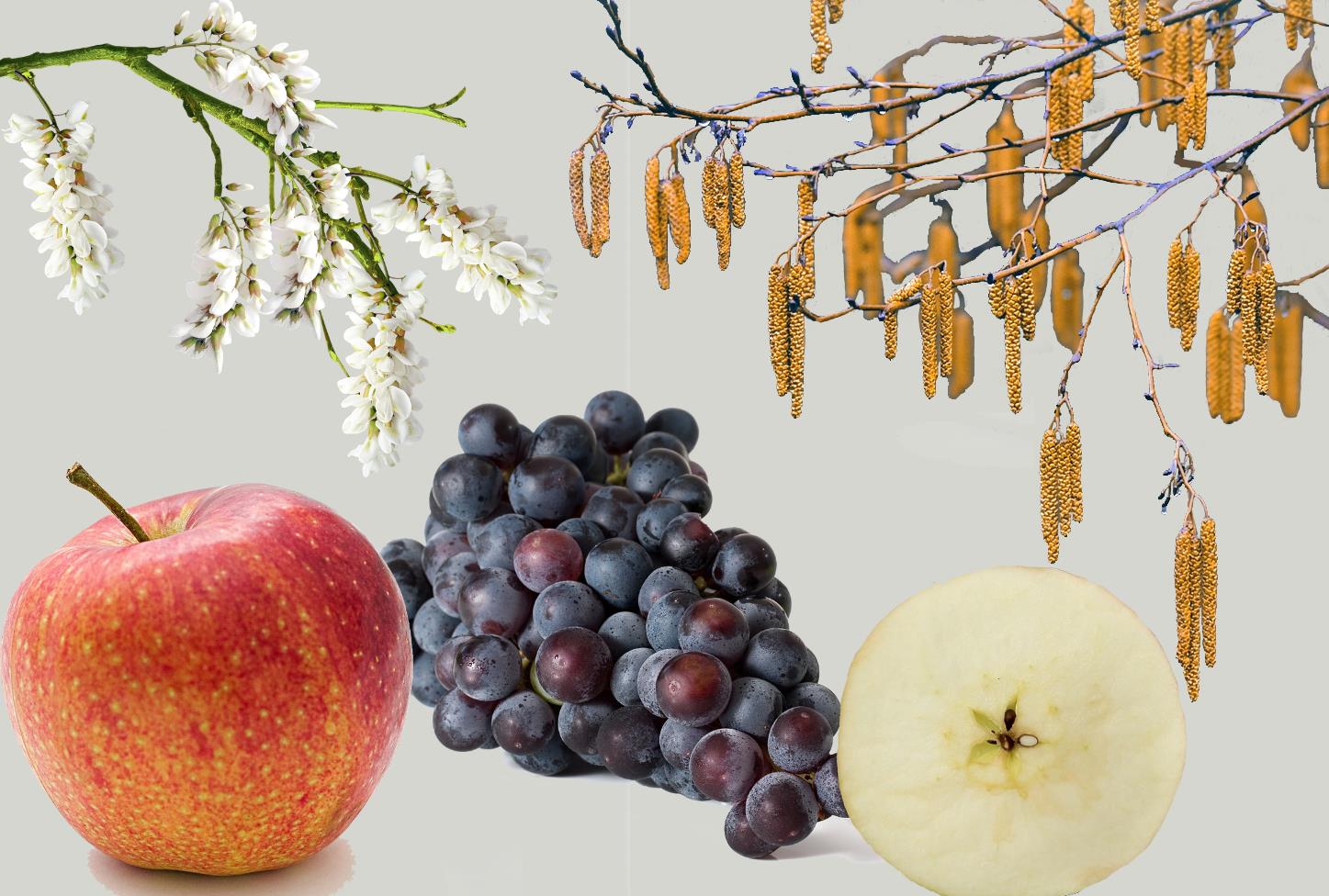 Autumn ritual by AmélieIS with Pixabay


Date: 25th Ilexial   Purpose: During this period of cold, privation and danger, magic is used to sustain the Land just as the Land has sustained its people throughout the year. The ruler of the Estate is one with the Land, they thrive with it and suffer with it. Their success and their illness are its fertility and its blithe. Winter is the time to repay the Land for its service and to fulfil our part of the symbiotic pact they share with it. Gifts are gifted back and the circle continues.   Elements: During the day, wreaths of evergreens (including yew) are pinned to one's clothes, and they will be afterwards used to decorate one's house through the season to remind one of the necessity of keeping nursing the Land through the coming months. An orange is peeled, one's finger is pricked on the yew twigs of the wreath, and blood is rubbed on the peels.   A ceremonial Fire that is sustained without fuel through magic is lit, and the peel is burned in the fire. Through this, one's magic is offered directly to the Land to nourish it. After the night falls, people guide the magic they have gifted to the Land to make it form patterns that will ensure the nourishment of all vegetations and animals it supports, and to form protections and wards that will ensure their security for the year to come.   Symbolism: Yew symbolises eternity, the continuity of life cycle, and protection. Oranges stand for immortality and fecundity. 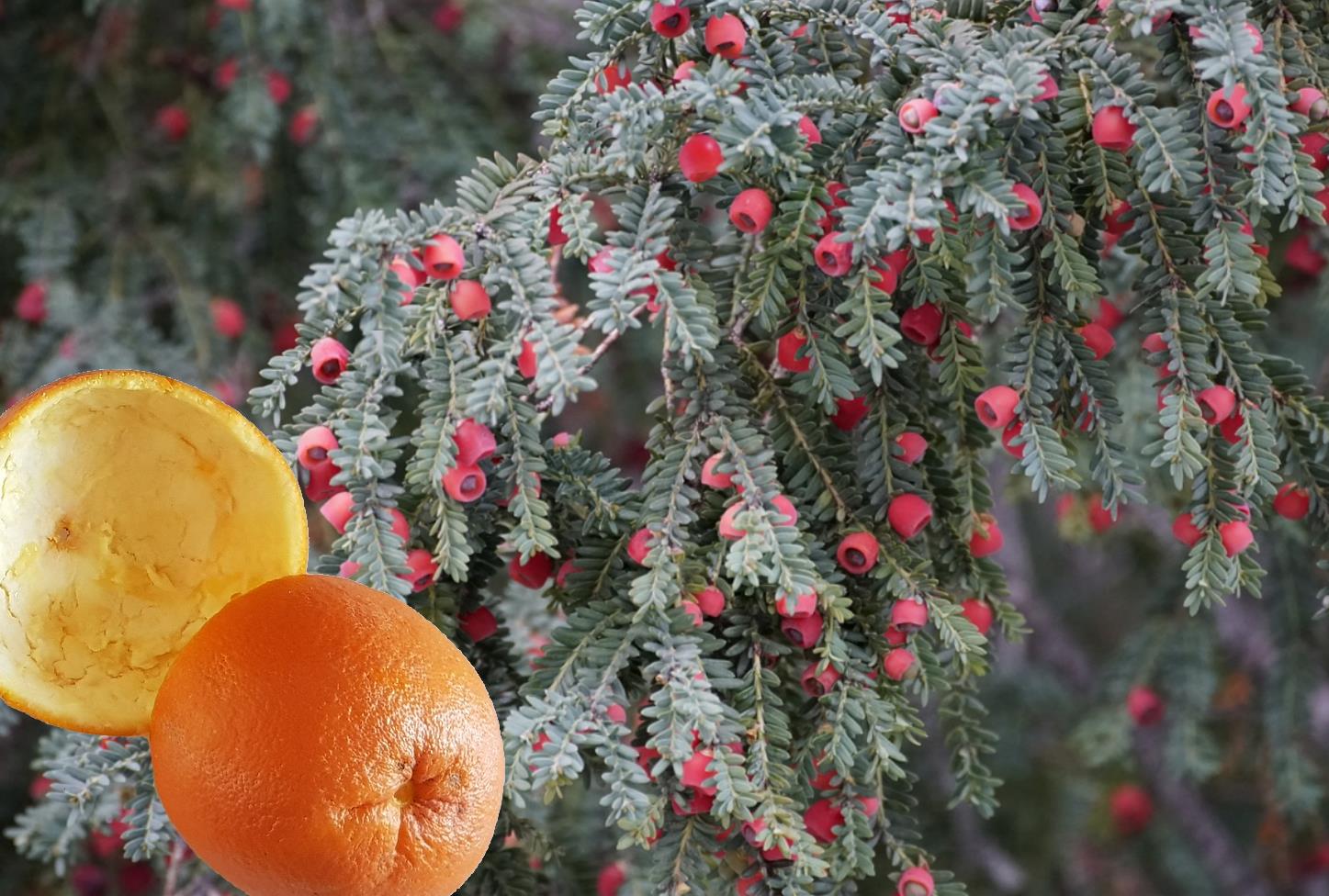 Winter ritual by AmélieIs with Pixabay


Strong conflict is brewing between the Light and Dark political factions, and the solstice and equinox celebrations are one of the area of contentions. The Light is disapproving of rituals, as those involve powerful magic that can easily get out of control and endanger people. As such, they are milting for their banishment. While religious rituals are extremely important culturally, they have not escaped the controversy. The Light wishes to transform them to take away the ritual aspect from them and leave only the celebrations and non-magical communion with one's ancestors.   The winter solstice is the most controversial of all since it involves blood and the sacrifice of an amount of one's own magic. On the contrary, the spring solstice is the most appreciated since people feed on the Land's magic directly and gain strength for it.

Light vs Dark by AmélieIS with an image from Vecteezy


Lady Merisse drank her grape juice slowly, savouring the magic slowly. The Land was already present in her mind, their link heightened to its maximum thanks to the autumn equinox. A small mental nudge turned her attention towards her neighbours that were gathered together a few feet from her, reluctant guests unwilling to fully mingle with everyone else.   For once, her in-laws did not appear to be muttering some complaints but were instead listening to the Valances, owner of an Estate further South. Slow corruption to get her new family to pass on information about her, the Land whispered to her.   Despite how unpleasant the revelation was, a slow smile stretched her lips. How far they had progress from the day of her conquests and the first rituals she had carried in her Estate! From hating her and weakening any magical endeavour she was attempting to now helping her defend her House.   But Lady Merisse had been dutifully sacrificing a lot of magic and blood during all the winter solstices. A lot more than rulers usually did with their Land. And certainly, far more than her predecessor had undoubtedly done. With such a generous nurturing, the Land had not been able to resist her for very long. Consciousness of the ancestor or not, not a lot of personality was left after death. The Land was a simple thing that could easily be turned around given time and magic...   And there was no doubt now in Lady Merisse mind that should she be attacked against in her own Estate, the Land would now come fully to her help and bring the might of its magic against her enemies. Let the Valances come and witness the power of House Merisse.

Competition Homepage
In response to the prompt Create a festival celebrated by one (or more) culture(s) in your world, to kick off a new campaign or story.

Interesting article about the rituals used during the year! Lady Merisse's story sounds cool, I'll try to read about her soon!

Thanks :D   I took inspiration from real world believes and plant symbolisms to make those rituals :D Lady Merisse was a really fun character I came up during world ember :D Writing her quotes has so much fun!