The calendar as it currently stands was an invention of the southern coalition before the empire was created. It was first used in the Estate of Alyssenne and Estate of Lyrienne and progressively extended through their allies until the whole south was sharing it, so as to make trade exchanges and military alliances easier to coordinate.   Meanwhile, the north did not have a common calendar system. This meant that when the two coalitions joined together into one empire, it was natural to adopt the southern calendar as the official imperial calendar. Most Estates adopted the technical details of the calendar but transposed their own named for months and days on top of it, in accord with their own seasons and events. Some Estates, however, have preferred to continue to use their own calendar system and to convert date to the imperial system only when strictly necessary. This, of course, results in a number of mistakes being made. 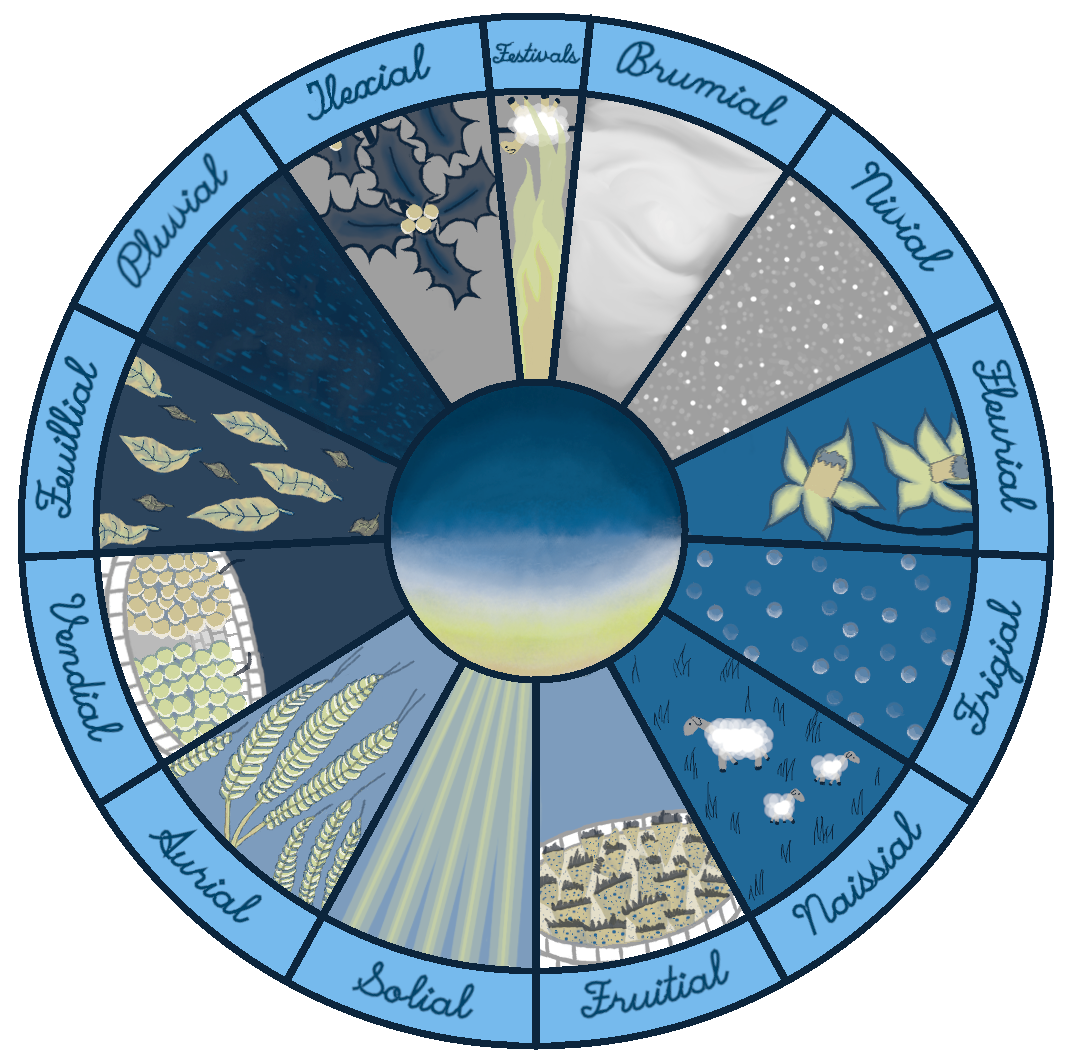 I got the inspiration to draw a spiral calendar form the excellent ones made by Annie Stein, Dr Emily Vair-Turnbull, and .

Such a pretty spiral calendar, Amélie! And I really love the origins of the names of the months, too. Brumial sounds like a lovely month :D

Thanks! Of course you would love all the fog :p

I love how pretty it is and how much thought you've put into the month and week names. <3

To see what I am up to, my latest article is Geography of magic for the River Challenge
Powered by World Anvil