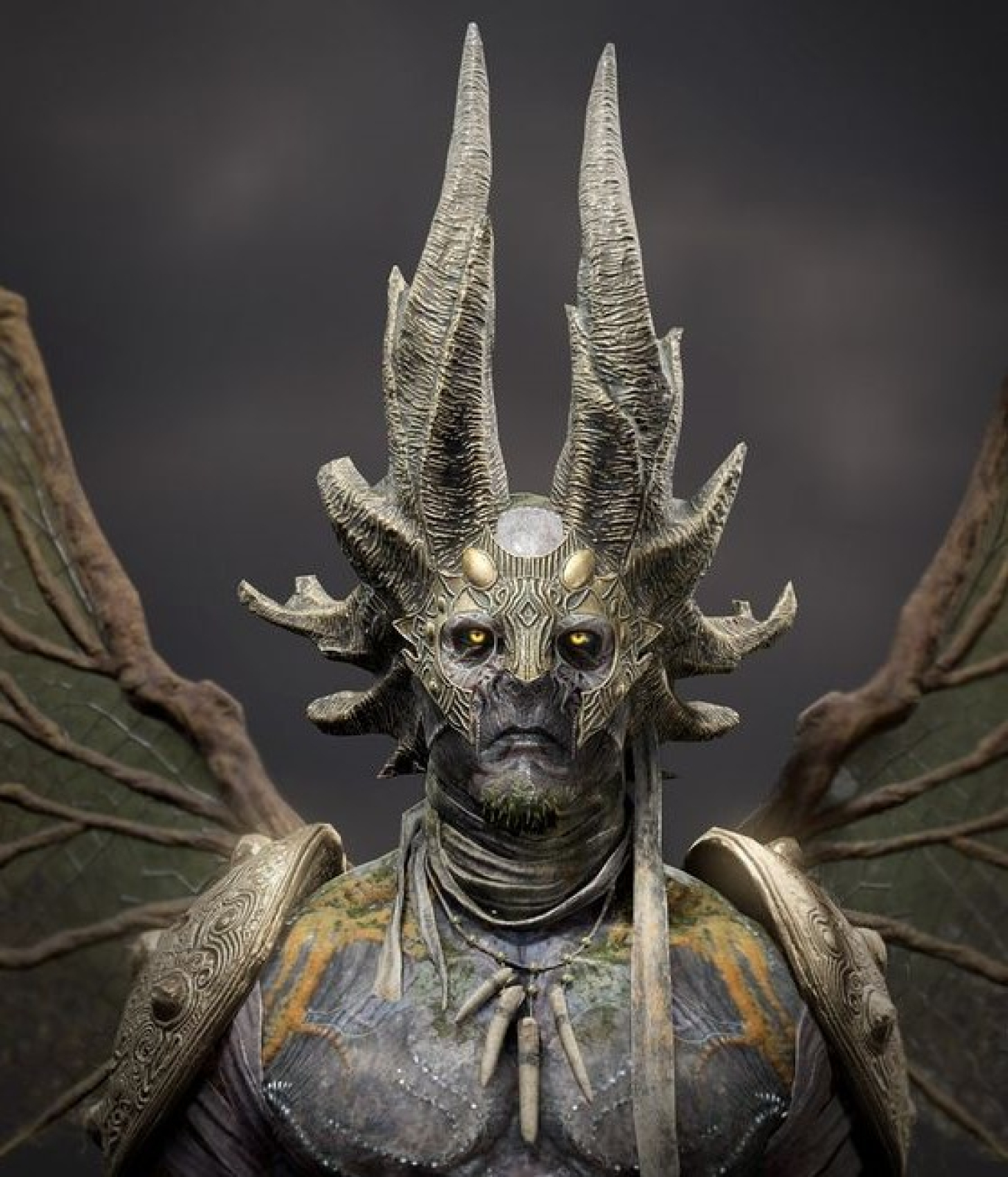 Vax'hain is half of a whole. He exists in unison with Zell'via . He can never be fully complete by himself and neither can his other half. His followers used to know this but in the last few hundred years the divide between the two deities has been growing. Vax'hain represents order, the creation of life, duty and discipline.

The Gorchymyn a Dinistrio was a holy script that has taken many thousands of years to create. In that time it has twisted and changed. No one really knows how it started or it's real purpose. It is however known that it was only kept in memory for many years, a skill only the tlaloc and a few other devoted have been able to maintain.   The Gorchymyn a Dinistrio talks of both Zell'via and Vax'hain, it is more a work about life and everything that goes into it. It doesn't demand anything from it's readers or tell them how to live but simple talks about the balance of life, moderation in everything and the pursuit of art and passion along side duty and discipline.

The Triangle of Vax'hain The symbol for Zell'via & Vax'hain is two over lapping triangles. The one facing up often considered to be for Vax'hain and the one facing down to be for Zell'via. The upside up triangle is a very simple and very clear symbol but among the followers has a very powerful meaning, especially when seen without the triangle of Zell'via.   When seen together the triangles represent balance, unity and complementary, interconnected contrast. When seen apart it is sometimes seen as forces out of line and a disrespect to the old ways and the natural order of things.

Orchymyn gwyliau The festival of order takes place on the longest day of the year, Duban 17.   This festival is for reflection and for considering the things you are grateful for. People often spend it with family, discussing the past year and sharing your experience with each other. On this day people do not eat and the tlaloc will not go outside during this day. This is done as a show of discipline.   There is also Cydbwysedd yr Ŵyl (Festival of Balance) but this only takes place every 10 years on a hump year and is exactly half-way through the year.

There were never any official diving goals for the deity or his followers. He simply represented order and duty. Often his followers believed he was the one that would encourage duty, work, ambition and discipline, whilst Zell'ria encouraged joy, fun and the pursuits of art.

Divine Classification
Deity, Great Old One
Circumstances of Birth
Vax,hain was born before time, to the vast nothingness of space. It is said that the world was born to Vax'hain and Zell'via.
Height
9ft 11''