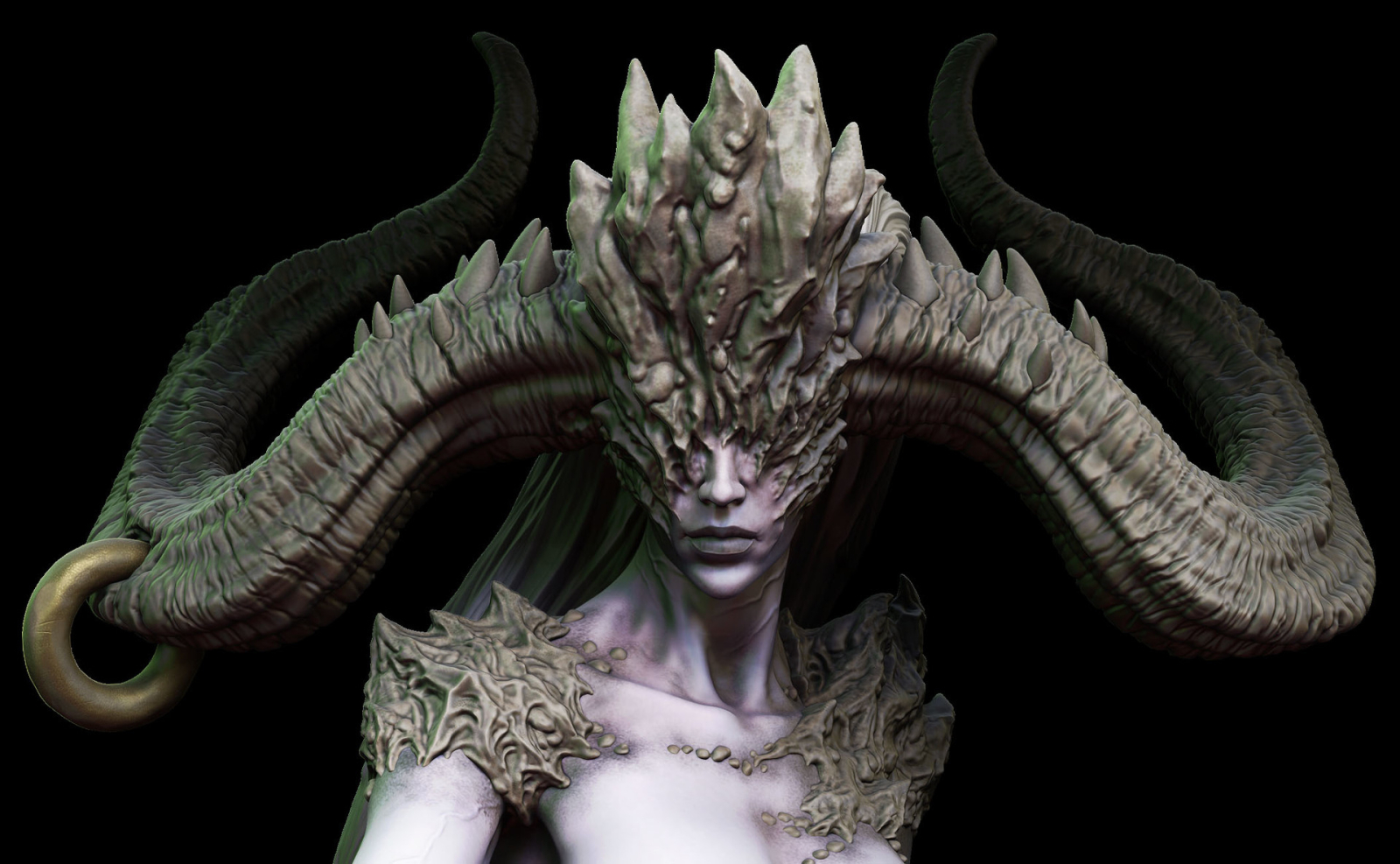 Zell'via is half of a whole. She exists in unison with Vax'hain. She can never be fully complete by herself and neither can her other half. Her followers used to know this but in the last few hundred years the divide between the two deities has been growing.   Zell'via represents chaos, the destruction of life to make way for new and joy and passion.

The Gorchymyn a Dinistrio was a holy script that has taken many thousands of years to create. In that time it has twisted and changed. No one really knows how it started or it's real purpose. It is however know that it was only kept in memory for many years, a skill only the tlaloc and a few other devoted have been able to maintain.

The Triangle of Zell'via   The symbol for Zell'via & Vax'hain is two over lapping triangles. The one facing up often considered to be for Vax'hain and the one facing down to be for Zell'via.   The upside down triangle is a very simple and very clear symbol but among the followers has a very powerful meaning, especially when seen without the triangle of Vax,hain.   When seen together the triangles represent balance, unity and complementary, interconnected contrast. When seen apart it is sometimes seen as forces out of line and a disrespect to the old ways and the natural order of things.

Dinistrio'r ŵyl   The festival of chaos takes place on the shortest day of the year, Rujan 14.   There is also Cydbwysedd yr Ŵyl (Festival of Balance) but this only takes place every 10 years on a hump year and is exactly half-way through the year.     This festival is seen as very chaotic and some people are very against it. It is a day of giving into lust and primal urges. Of over eating, sex, violence and unchecked consumption. People party throughout the day and night and often many works of art are created throughout the festival.

There were never any official diving goals for the deity or her followers. She simply represented passion and chaos and often her followers believed she was the one that would encourage joy, fun and the pursuits of art, whilst Vax,hain would encourage duty, work, ambition and discipline.

Divine Classification
Deity, Great Old One
Alignment
Chaotic Neutral
Circumstances of Birth
Zell'via was born before time, to the vast nothingness of space. It is said that the world was born to Vax'hain and Zell'via.