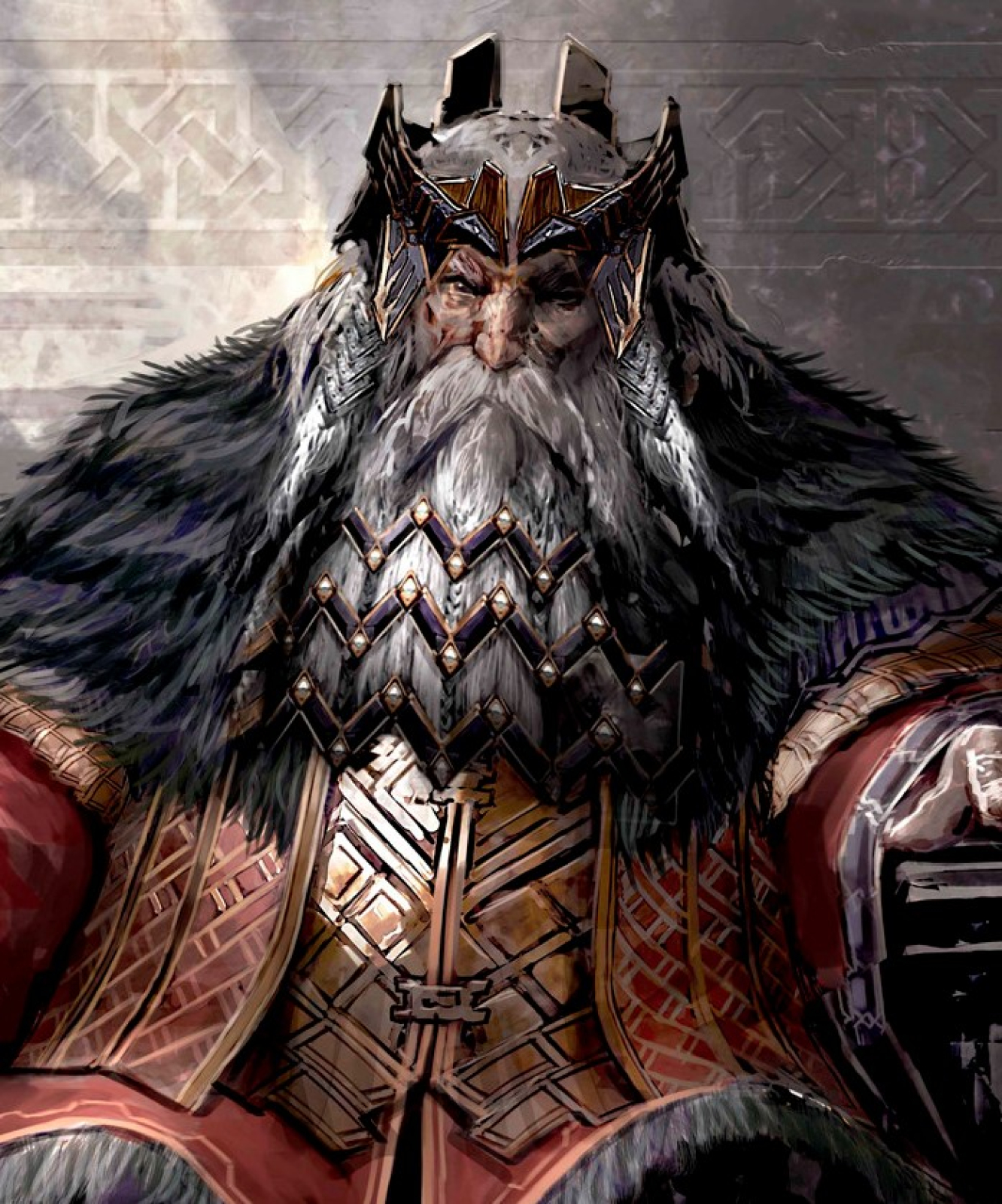 Grand Lord Of The Clans Train Rurik Gold Hammer (a.k.a. The Golden Lord)

A very strong, sturdy looking elder Dwarf. His neatly maintained hair and beard as white as fresh snow, his eyes a deep vibrant green, as if emeralds had been plucked from Mt Tyndar and placed in his head. His regal composure flowing through his ornate dress armour whilst the many rings on his fingers glitter in the braziers flames. A confident, strong and noble leader.

Sharp, piercing green eyes. Tales say that it is all but impossible to lie to Train because his eyes see through to your soul.

One large deep scar across the right of his face but largely covered by his beard.

Noble, strong composure. He emanates an aura of authority that cannot be ignored. Many mistake him for being taller because of how he carries himself.

Rich, regal clothing, often in deep reds with gold trim. Expense is obviously no issue with Train and this is easy noticeable in his clothing and armour. He wears a crown of pure gold that never loses its shine.

Train had what was, for future kings, a very traditional education. He was given martial training, taught to fight with sword and spear but also to move his men around the battlefield. Tactics was of major importance and his tutors took every opportunity to reinforce these lessons. For many years his life was one continuous lesson with many tutors finding every new ways to ambush him. He learnt to always be 5 steps ahead.   But as well as his martial training he was taught how to rule, how to be empathetic, fair and yet strict in unison. How to make sure that there was always plenty of gold in the vaults and food in the stores. How to manage his public image and instill fear and respect in his enemies.

He is seen as a good leader and his motivation is his people. Most of his choices revolve around what would be best for the people of The Kingdom of Arkhad.

Is devoted to the god Odin and would never go against his god.