Twisted, colorful material, that looks like a structure, made of straight lines, and straight angles of bending.A wonderful and mysterious material, used at various metallic solutions,to improve the durability and flexibility of the object.

It is a shiny, rainbow colored mineral ore, that does not look like it was created by nature, seems artificial, and almost out worldly.

It is a high density material, but also elastic,(like gold). It is cold to the touch, and has almost no sharp points naturally.

Marite is used in compounds but never used raw, the metal infused with the Marite becomes bendy and more durable.

Marite has its name because of its origin, which is sea, (mare- marite).And it only could be found in deep sea, which takes a lot of effort and preparation.Waters most rich with the Marite, are on the edge of the Frosthold, they are dangerous and habituated with creatures of great danger, which makes excavation of such a material nearly impossible.

The metal itself, seem to be produced by unknown underwater species, as it doesn't appear as ore, or natural mineral.

Compounded marite does not let the material of the compound to rust, protects it from acid and heating.But independantly it can only exist for 3 years, after that term it turns slowly into ash-like substance, also used in alchemy.

Marite is rarely used in sense of crafting mundane items,as it is very rare, and therefor is highly expensive.It is used in craft of the crowns amulets, and other very royal items.There was experiments that used in crafting weapons with the usage of Marite, but it didn't end in a great success, due to the large amount of used material, and comparison of the prices of mundane weapons.

It was discovered by a villager of a Frostreach, found laying on the shore, but tragic fate has turned him obsessive with the material, he was staring into it hours, days until he died of starvation.Later the piece was sold to a travelling merchant, who later on passed the piece to the Winds of Fortune which found usage for the material.

It is not used in common life,at least by the simple folk.It is a privilege even for the noble, to have one of the Marite pieces, used in a jewelery of sorts.

Frostreach , however uses Marite's small chunks to decorate the shrines in the local temples.There is a superstition that it is protecting the settlement from bad luck.

There is no proper usage for the industry invented yet.

The Metal is compounded with such other metals as: Gold, silver, platinum, bronze and adamantine,to reach the most profitable effect.It is such a clean metal that it does not need to be boiled or cleansed before smelting it with other metals.

As a side product the vapors fermented during the smelting, are gathered to create sleeping clouds bombs.

It is not toxic or radioactive, while solid.But when liquified it secretes the gas that can cause various effects.

Has no known impact on the environment.

Sold on the auctions, never in shop, usually in raw, and then immediately turned into the object of buyers choice.

Can not be stored longer then 3 month out of sea.So it is used or disposed in that period of time.or it turns to ash, that is used as a sleeping remedy. 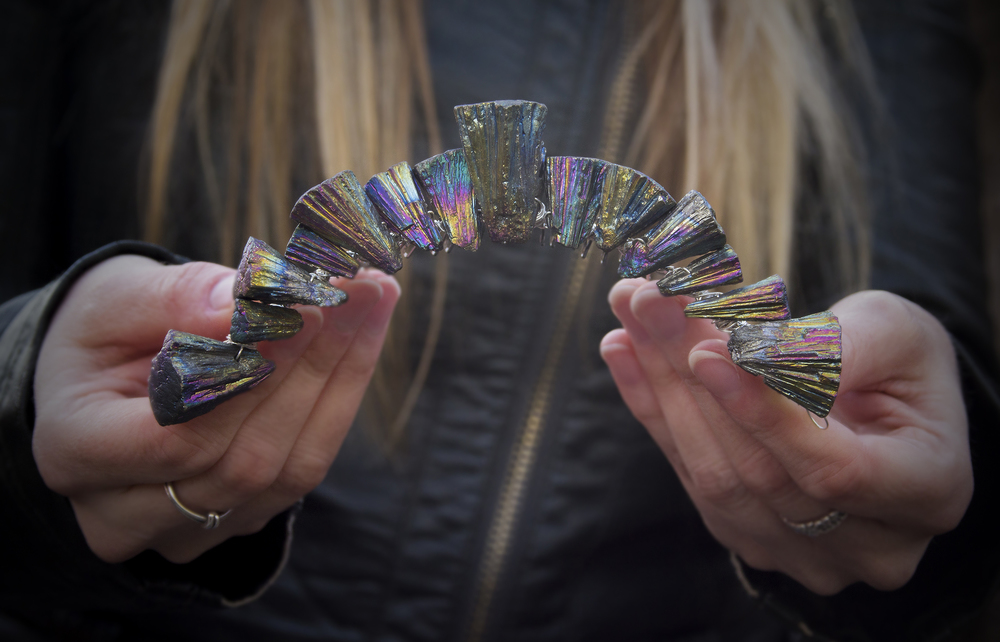 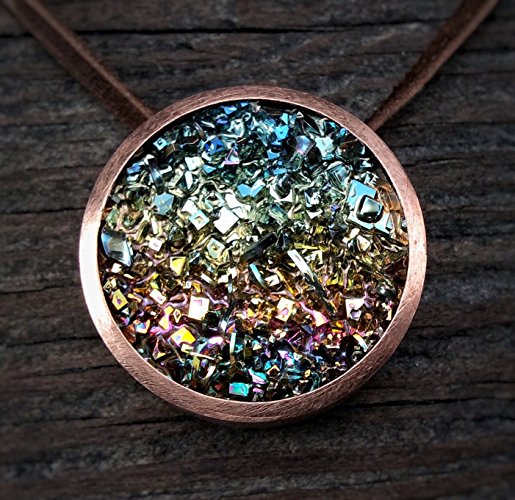 Type
Metal
Value
50 000 gold per a kilogram of Marite.
Rarity
Very rare
Odor
As it is picked from a bottom of the sea it smells like seaweed, but after cleansing it is odorless.
Taste
Strangely enough it tastes like champagne.
Color
Shining-Rainbow with golden-silver tint to it.
Boiling / Condensation Point
1564°C, 2847°F, 1837 K
Melting / Freezing Point
Unknown.
Density
19.79 (g cm−3)
Common State
Found usually as a solid material. 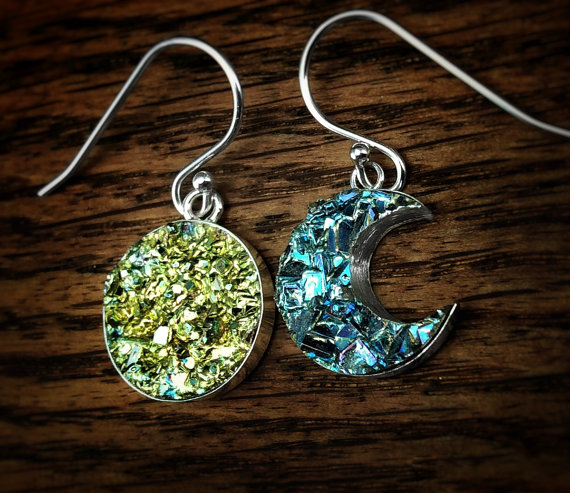