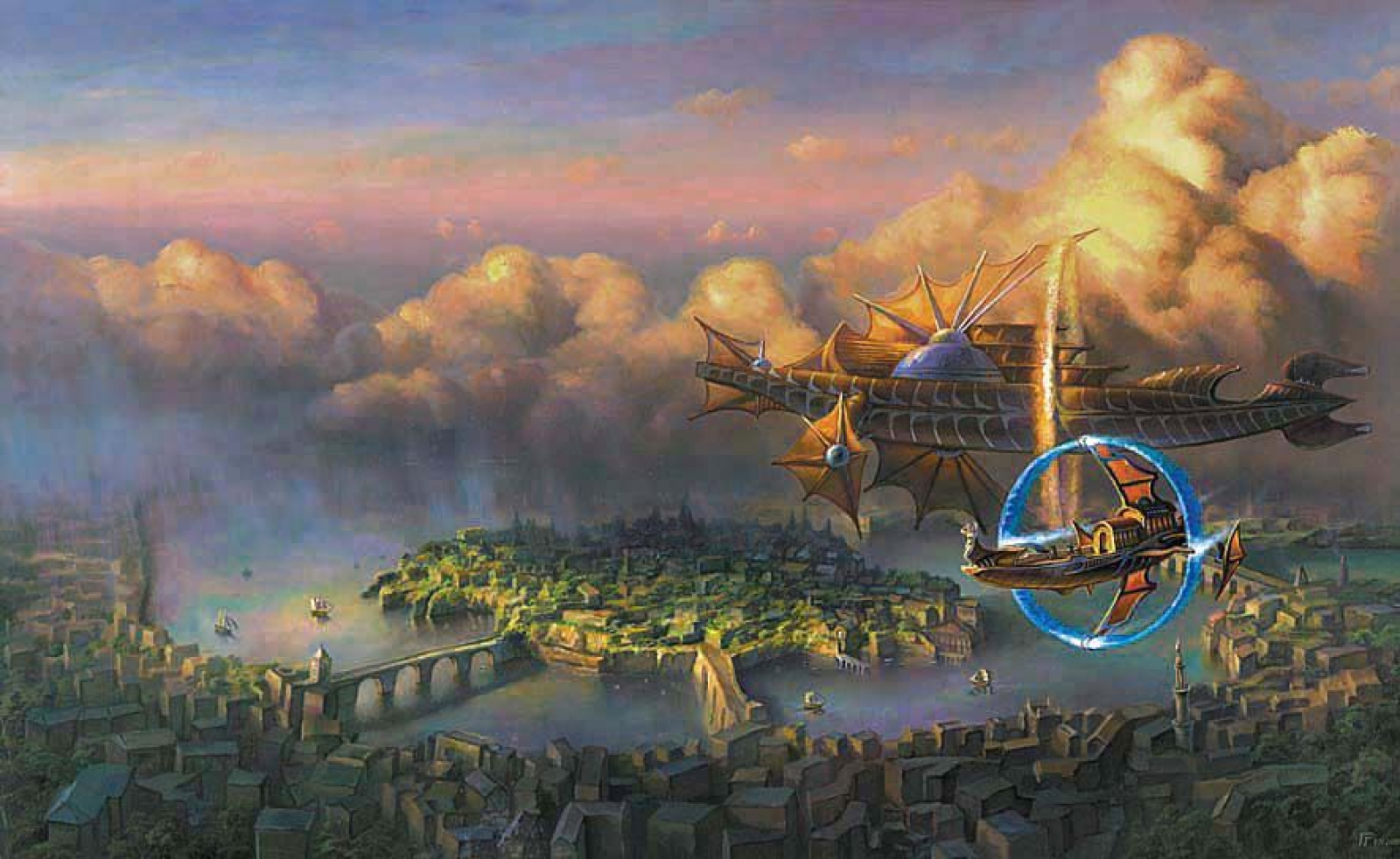 Eberron Based on Keith Baker's Eberron, here is detailed my Eberron. My Eberron is heavily influenced by the IRL history of the inter-war period, with a particular focus on the revolutionary and socialist nature of politics in that era.

Fergy1
The world of Eberron has a rich history built on heroic deeds, evolving magic, and the wounds of a long, devastating war. Action, adventure, good, evil, and a thousand shades of gray paint the landscape in broad strokes. Ancient mysteries await discovery so they can influence the world and its people. Magic is built into the very fabric of the world. It pervades everyday life. It provides comforts and conveniences unknown in either the modern world or any world of medieval fantasy. Great cities where castles scrape the sky prosper throughout the continent of Khorvaire, and a thriving aristocracy of merchant families controls much of the world's economy thanks to the edge given them by the mysterious and rare dragonmarks. Its people harness magic as a tool-to build cities, to sail ships through the skies, and to create both wonders and weapons. Heroes come in all shapes and sizes, all classes and races. They travel the world, battling villains in instants of over-the-top action. And they unearth fabulous treasure, and deal with narrow escapes and ominous mysteries that are as likely to shed light on centuries of secrets as they are to threaten the world's safety. Eberron embraces swashbuckling action and pulp adventure while adding a layer of noir intrigue. Stories don't always end well, and there isn't a perfect answer to every problem. The Last War turned old allies into bitter enemies and destroyed an entire nation, leaving behind terrible scars. Crime and corruption lurk in the great cities of Khorvaire. Hidden dragons shape the course of history, and sinister fiends influence the dreams of the unwary. Yet mortal greed and ambition might prove more dangerous than any dragon or fiend. This darkness affords opportunities for a group of bold adventurers to make a difference - for better or for worse.

Political intrigue, power dynamics, and interplanar adventures await in a world in many ways like our own.

Mind domain cleric with a unknown past.

A champion for the people who will fight for the common man.

This work is licensed under a Creative Commons Attribution-ShareAlike 4.0 International License.