The Autumn Queen is the Archfey who rules an area of the Fey that corresponds roughly with the area of the Nightwood in the Eberron prime material plane called the The Amber Forest. She's a tough-minded mistress of the idea of reaping and harvest. She is the fey spirit of consequences and responsibility, of planners and the transition from youth to old age.   She is called Talolise, Queen of Autumn, and for her, "deserving" an outcome has everything to do with the business of her court.   The Night Tooth Kin tribe of fairies escaped her realm and took up residence in the Nightwood about ten years ago -- in the reckoning of the prime material timeline, of course. Time moves differently in the Feywild.   Talolise's court is made up of several other important Archfey. 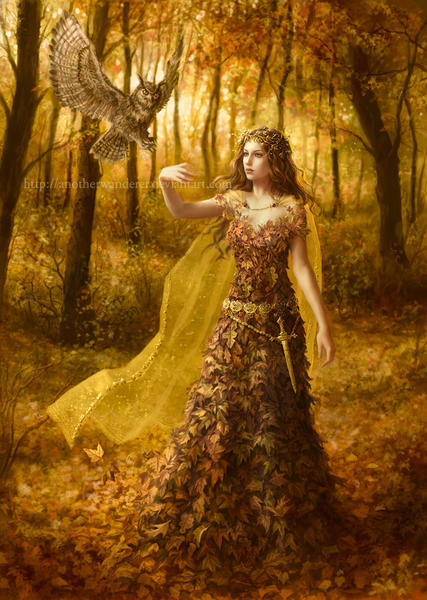 Champion of the Autumn Queen

Laws of the Fey Court