With people being able to go out and do things a little more than the prior year, it's been difficult scheduling time with my regular table. We're going to take the opportunity then to use our next scheduled session to play a little Mausritter, most likely a one-shot (spoiler: nope. They're INTO it!)   Since we only have a three hour window to play, we decided to do our session zero in our channel on Band*, and my players did not disappoint. I present the latest adventuring party out of the community of Chimneyhaus. These players helped establish the orchard on which the Shire is built, so it has a personal for them already.     We only got the one full back story, but we did get most using the Mouse Adventurer tool to provide us some images!     Only Thatch Catriezen didn't do an image, but he's a Wireworker. Since that background comes with an electric lantern, and this is a fantasy setting, I let Thatch know that it was actually a RA2-based lantern.   Thistle Winterholme was born with a hormone imbalance that made her extra stinky all the time. the other mice were generally very accepting on the surface, but whispered about her and held their breath when Thistle wasn't looking and kept a more-than-polite distance from her when she was. She took to spending lots of time exploring the cheese caves where she could be alone, and as she got older even ventured into the spider-filled cracks and crevices beyond the caves. The spiders never seemed to mind how she smelled. She learned her way around and eventually got a job helping with the upkeep of the sewers and monitoring the tunnels for threats. 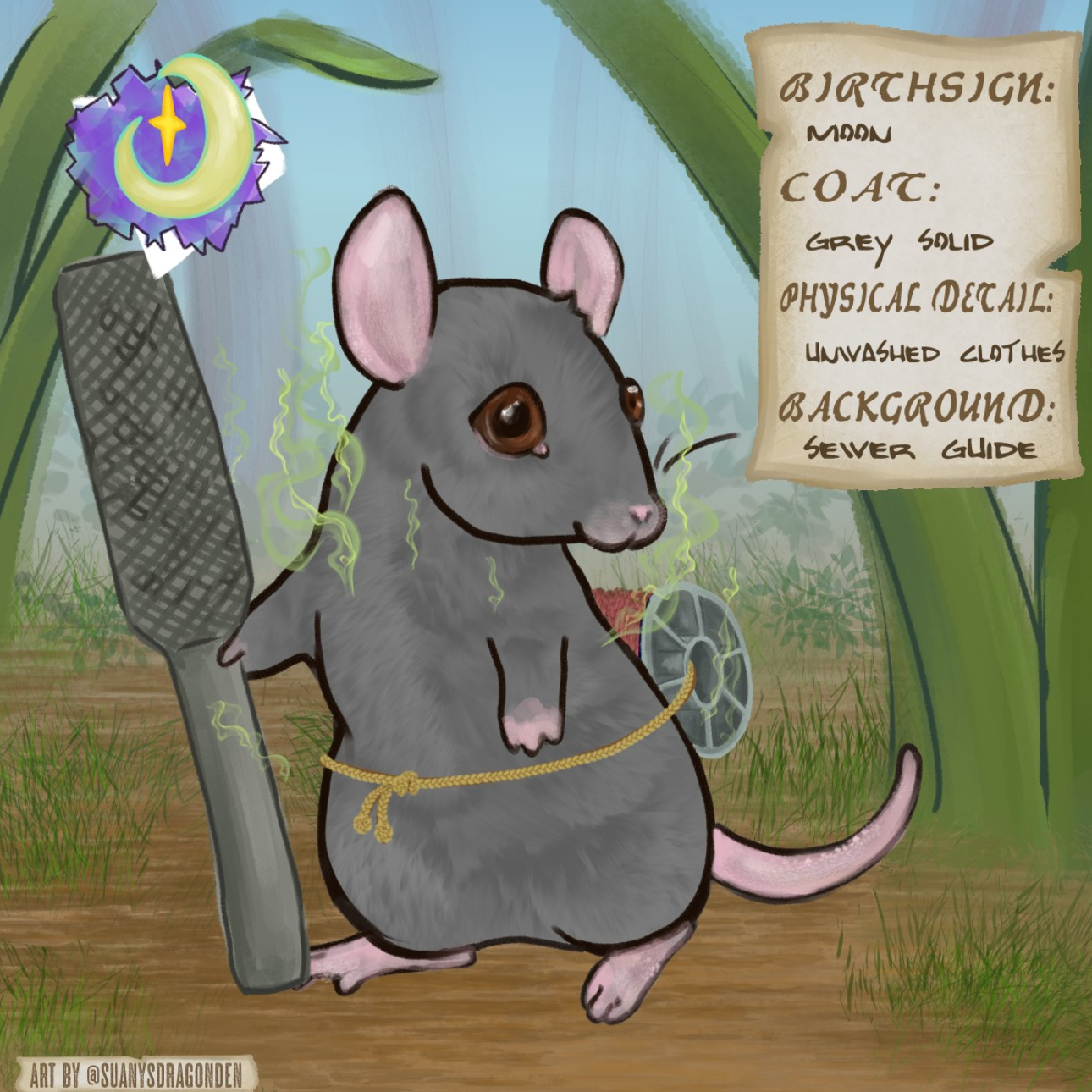 Mace Buckthorn chose Test Subject as his background, and as with my family campaign, we made him an alchemist. However, Mace DOES perform a lot of experiments on himself, so he's still a little mad. 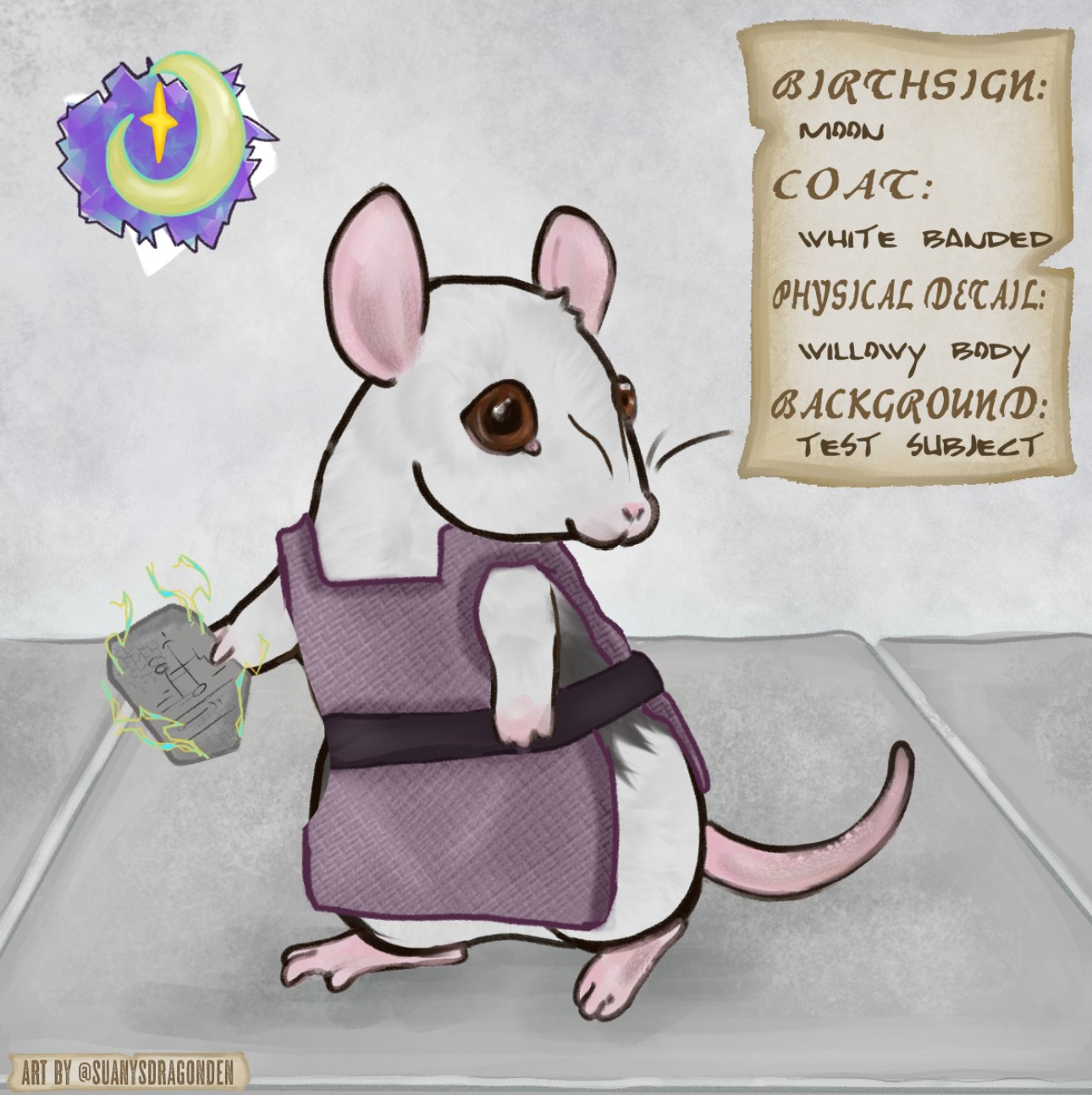 Finally, we have Daisy Pipp - a leatherworker. 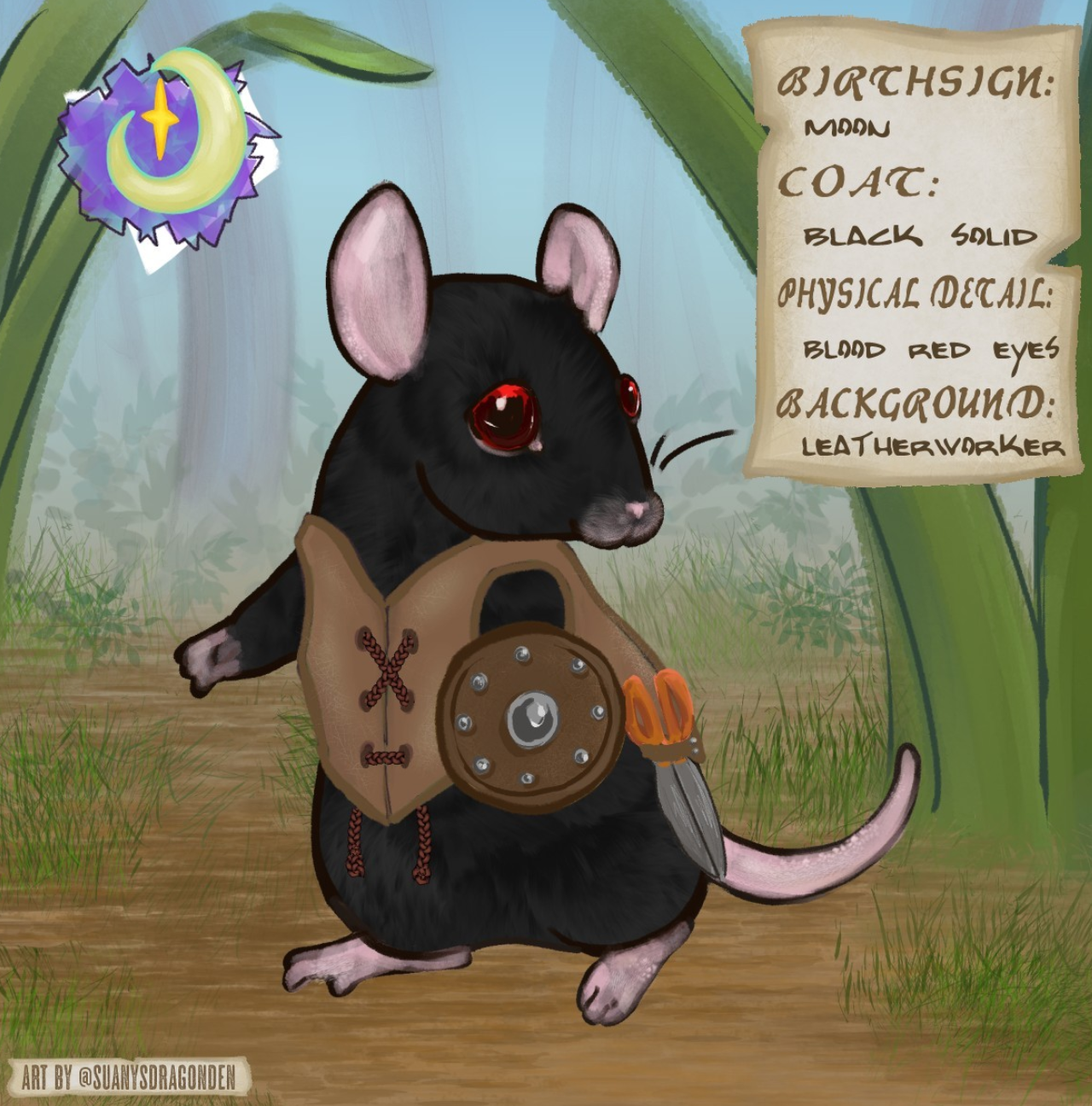 Time to play some mice!   *Not a paid endorsement, but I highly recommend Band as a way to keep your table in communication with each other. It's especially useful if you avoid the morass that is Facebook, but want the convenience of a Messenger-like setup with shared chats, a post stream, etc. Just a great tool.