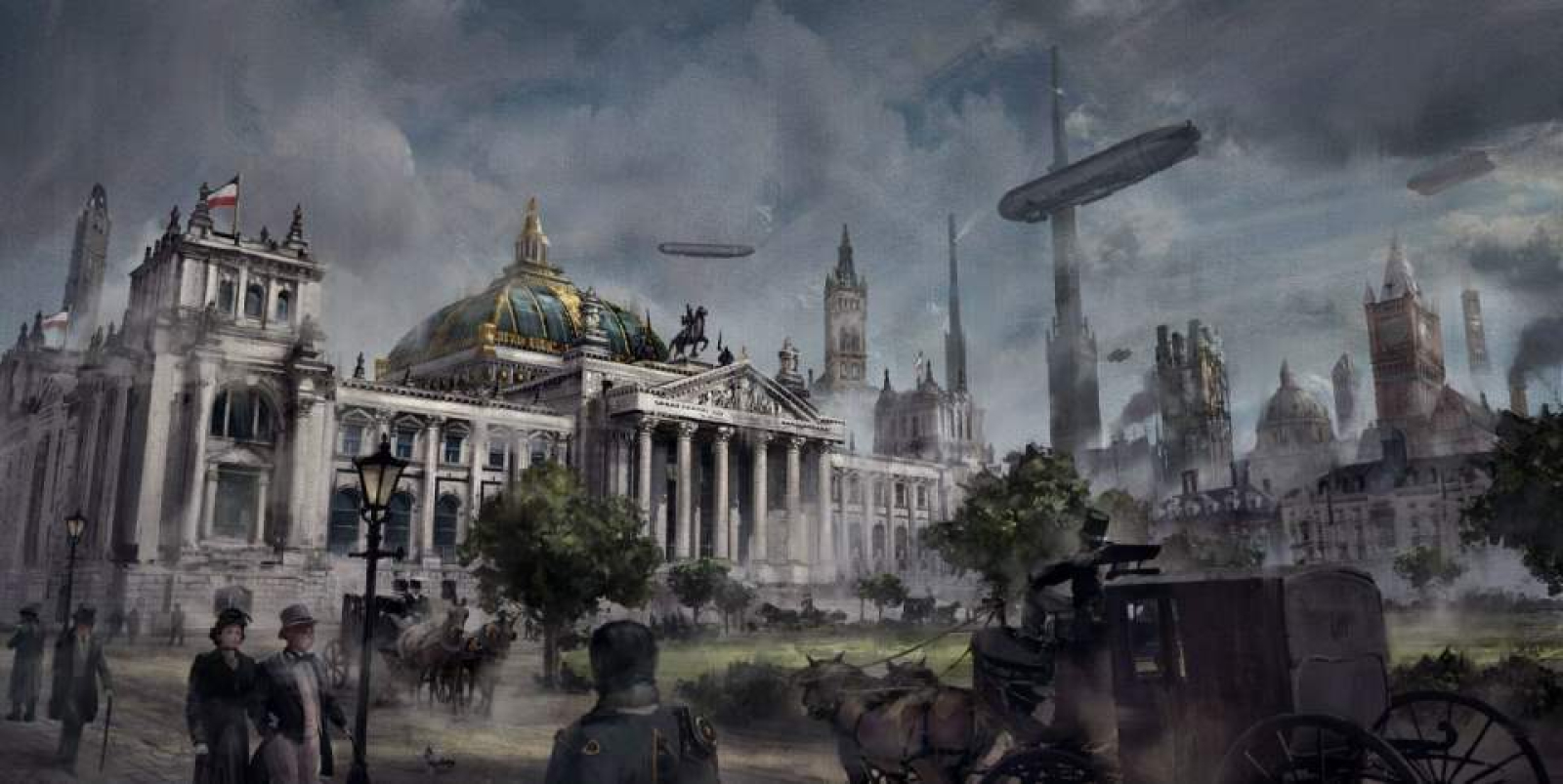 Halaku
A world like our world but it's history is not our own.   The Great War began in 1914 with the assasination of Franz Ferdinand much like in our world but things took a differant turn, the war was not to end until 1954, not because of a victory or a peace treaty, but because there was no-one left capable of fighting it, the world was devistated, ruined by Atomic, Chemical and Biological weapons.   Eventualy one man would rise uniting the scatered peoples of the British Isles, Victor the first, claiming to be the last son of the Royal Family, with passion and vigor he set about rebuilding The United Kingdom.   Victor was of the opinion that things were perfect before the turn of the 19th century during the Victorian era, and so set about building his kingdom in that image, any post Victorian technology was banned or at least a very distorted view of what Victorian technology was, most historical records having been lost in the War and it's aftermath.   Victor was suceeded by his son Victor II who looked to rebuilding the British Empire.   After many years the Neo Victorian Empire rules a large portian of the planet and has become rather tyranical, the only force reprisenting freedom are the Skyloft Cities, dens of pirates tho they are. This is a place for me to work on rebuilding the setting for a steampunk RPG that I ran meny years ago, The original game never finished and I would like at some point to have another go at it with my current game group.   Much of this information is very work in progress and subject to change, the world name for example is a placeholder as I never had a good idea for it.   The player characters will be pirates/rebels trying to get by and possibly changing or causing the overthrow of the Neovictorian empire.
Earth 216 Discussion Boards