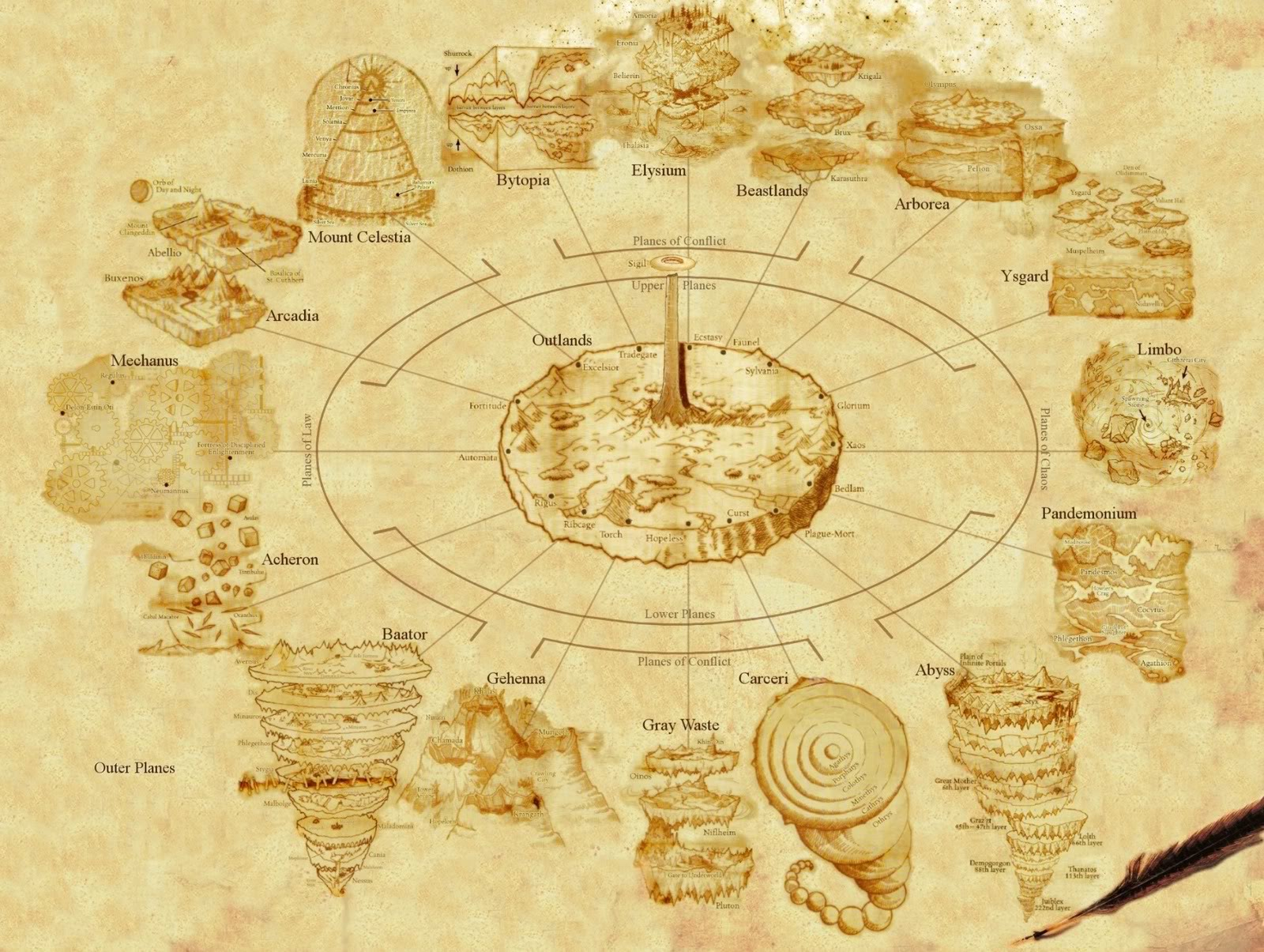 The Twin Paradises of Bytopia

The two layers of the Twin Paradises of Bytopia are similar yet opposite: one is a tamed, pastoral landscape and the other an untamed wilderness, yet both reflect the plane’s goodness and its acceptance of law and order when necessary. Bytopia is the heaven of productive work, the satisfaction of a job well done. The goodness flowing through the plane creates feelings of goodwill and happiness in creatures dwelling there.   The two layers of this plane were joined at one barrier which happened to span the entire sky at about 10 miles above sea level. Gravity for each layer was normal for that layer but switched direction as soon as one crossed the barrier. The inhabitants of one layer could look up and see the other layer hanging upside down high overhead. Several mountains reached the crossover point and a few met mountains rising up from the other side, allowing careful climbers a way to reach the other layer. Also, the space between layers was filled with air, allowing flight from one side to the other. Each layer glowed with a golden-white light.

Dothion was a bucolic land of old forests and huge meadows subject to mild seasonal changes and gentle weather. Portals to The Seven Heavens, Elysium, and Concordant Opposition were found in caverns as brightly glowing patterns: concentric circles for the Seven Heavens, radiating lines for Elysium, and both patterns superimposed, which resembled a spider web, for Concordant Opposition. Travelers from the Astral Plane would emerge from the color pools on this layer.

Across the barrier, Shurrock had much the same landscape features but much harsher weather: summers were hot and winters were long and cold. Storms were more common here, with booming thunder and heavy rains. Life on the Shurrock side was more challenging and kept the inhabitants busy, but both sides were virtuously industrious. 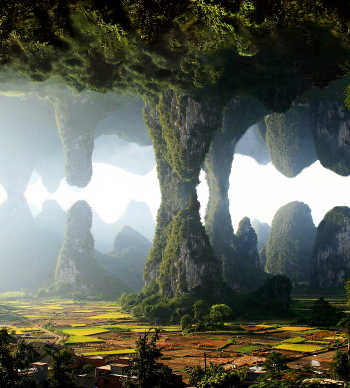