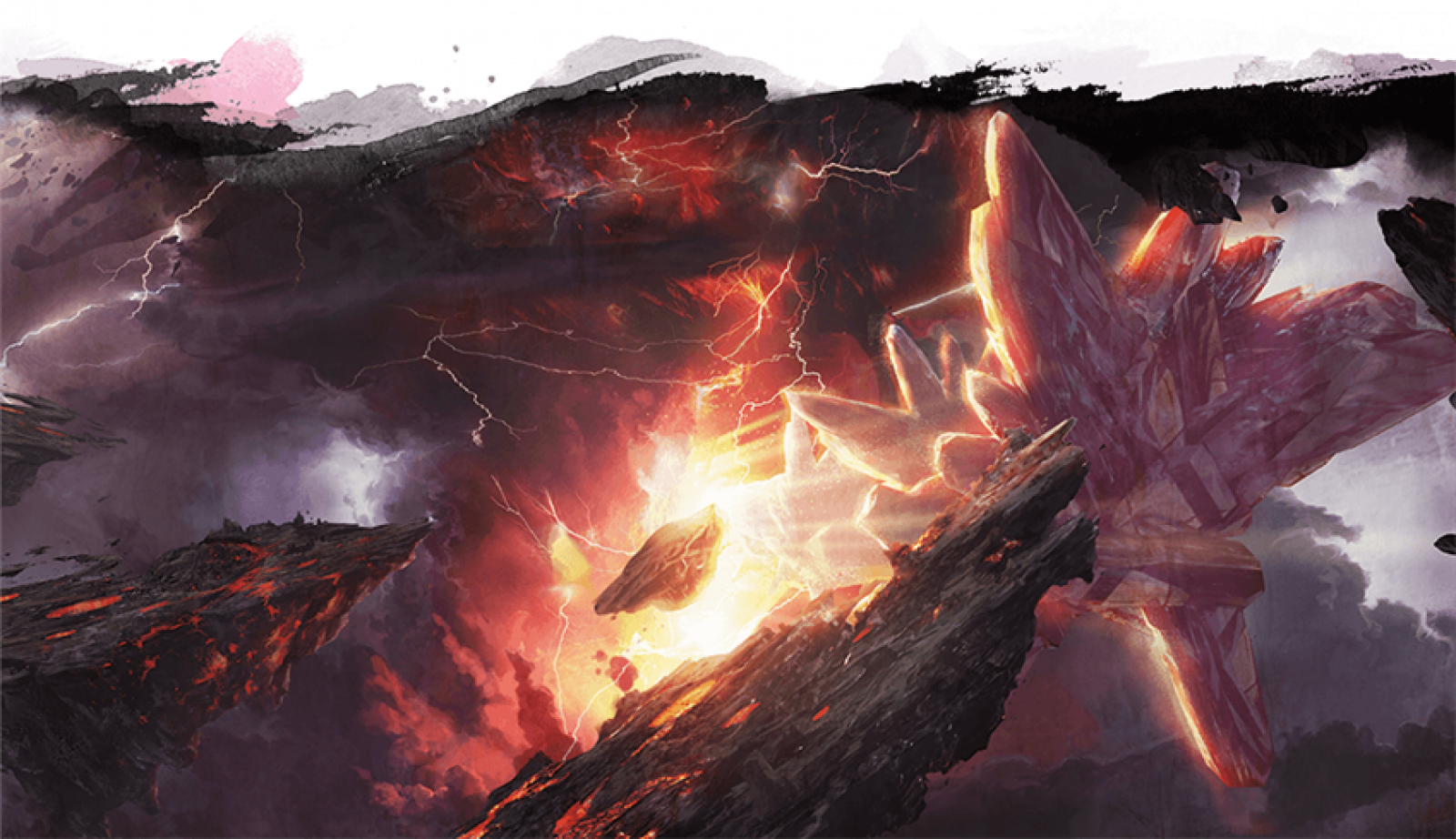 The Ever-Changing Chaos of Limbo was an outer plane that embodied the chaotic neutral alignment.   This plane was supreme chaos, a twisting, quicksilver place filled with bits and pieces of rocks, trees, the four elements, entire landscapes, strong winds, and random pockets of liquid, solid, or gas. Sentient beings could dampen down the chaos to livable levels and produce a safe environment as long as they maintained concentration. The size of a safe zone was directly related to the intelligence of the individual controller. Demigods and more powerful beings did not have this burden and indeed could create realms that survived even if they left Limbo. Gravity operated only between solid objects that touched each other and had about the same strength as on most Prime Material Planes. Thrown objects would fly straight until they hit a solid object. Objects with no momentum would hang in space until contacted by something solid.   Limbo had five layers that were nearly indistinguishable from each other. The first four layers were named for the chief race or deity that were most often found there. The fifth layer was referred to as the Lost Layer.

The Truth of Limbo

In the measureless areas of Limbo where there is nothing but void, the nothingness has often been used to imprison magically-exiled enemies of multiple spellcasters over the millennia. Limbo is a place where those individuals "forgotten" by history and the powers that guide the universe are left, like so much historical detritus or cosmic flotsam. Earth-51, following its razing during the events of Darkseid’s crisis, was shifted to Limbo and used to house the Library of Limbo as well as the so-called "forgotten," such as Merryman, formerly of The Inferior Five and the erased-from-reality Earth-12, who here was deemed the King of Limbo. Of the various "prisoners" of Limbo that worked together to convince the Powers-That-Be that they deserved to be returned to their rightful world, the only one that apparently succeeded thus far has been the “Ghostbreaker” Doctor Thirteen. Of the others, a time travel mishap involving the Legion of Substitute-Heroes has also apparently done the same kindness for Merryman and his Inferior Five compatriots, dropping them off in an "Earth."

The slaad were likely natives of Limbo and the githzerai were immigrants (or refugees, if you ask the githyanki) and the first layer was named for them. This layer was strategically important because of its connections to Gladsheim, Concordant Opposition, Pandemonium, and the Astral Plane.

Named after the god of Storms, Destruction and Chaos he has been known to reside in a spherical bubble half filled with sea water and aquatic life and churned by storms of his making.

Named after the Goddess of the Sun, Renewal, Birth, Life and Summer, she has been known to reside in a sphere of pure flame that floated through the layers at her will.

Augrima's sphere was half filled with enchanted milk and her palace stood on an island-sized tortoise (or possibly a tortoise-shaped island).

It is unknown if any race or deity favored this layer.

When souls arrive in the plane of Limbo they begin to be absorbed into the matter of the plane. Occasionally a collection of spirits would become powerful enough to form what was called a chaos elemental, not to be confused with a being from the elemental planes.
Alternative Name(s)
The Ever-Changing Chaos of Limbo
Type
Dimensional plane
Location under
Outer Planes