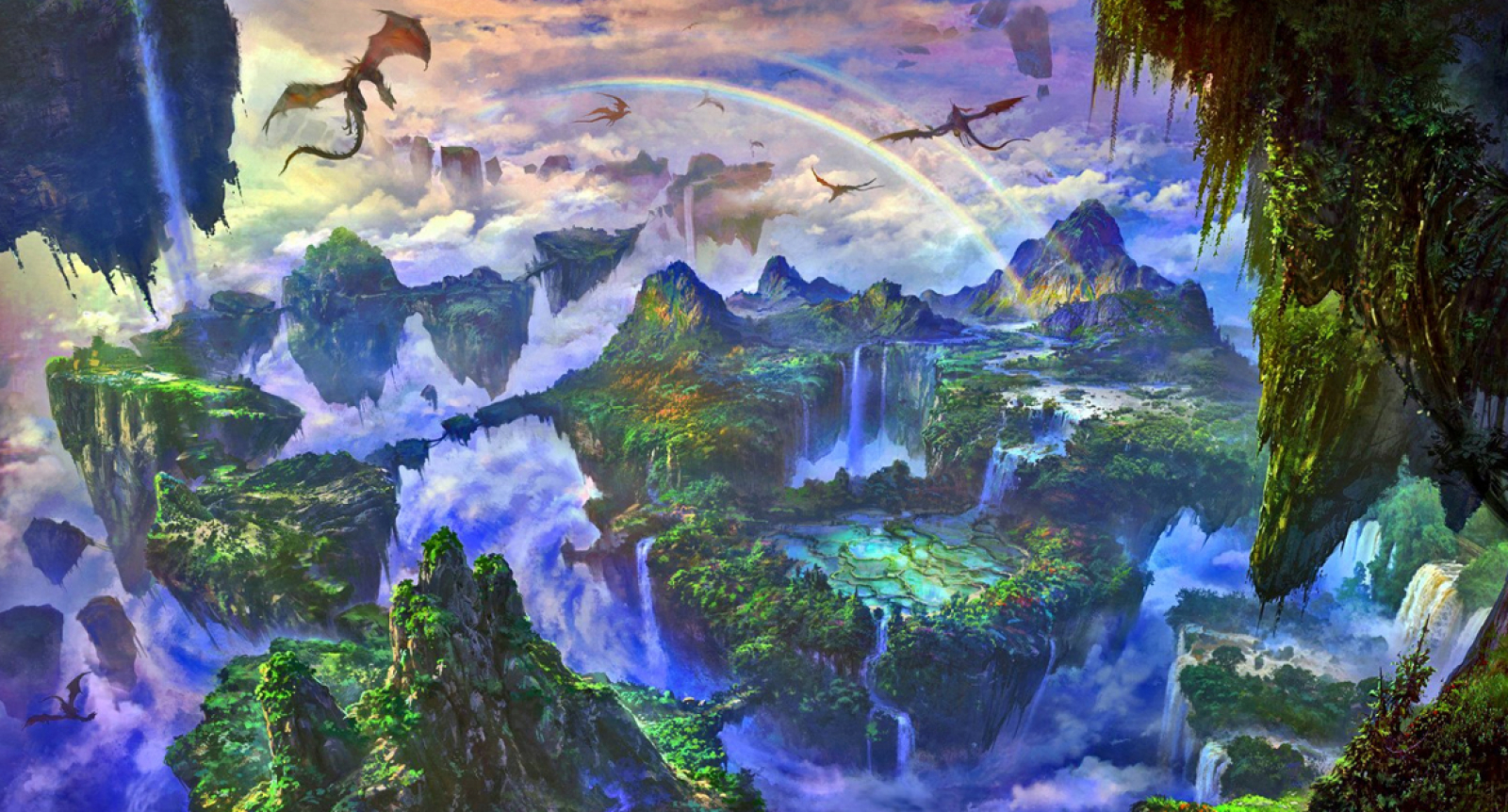 The Heroic Domains of Ysgard

The Heroic Domains of Ysgard, also referred to as Gladsheim, is the plane straddling the alignments of chaotic good and chaotic neutral.   The three layers of Gladsheim consisted of tremendous rivers of earth and stone that formed cosmic arches through the void, like very tightly packed asteroid belts. Millions of miles wide, each river was made up of Brobdingnagian chunks of matter that bumped and ground against each other at a glacial but noticeable pace, raising up mountains and opening vast chasms. These "earthbergs" all shared the same gravity field and most were inhabitable on the top side while the underside of the rivers burned with a radiant fire that provided a ruddy light to the rivers below. Earthquakes and landslides were a commonly occurring danger in Gladsheim as the landscape slowly buckled and broke under the influence of chaos.

Each realm of Ysgard is the size of a Prime plane empire and they were drawn together by the proximity of Yggdrasil the World Ash. Like Celestia, Yggdrasil was a multiplanar conduit connecting Gladsheim directly to Alternate Prime Material Planes without passing through the Astral Plane. The usual color pools connecting Asgard to the Astral Plane existed but were little used. Portals in the guise of wells connected this layer to the neighboring planes of Arborea, Limbo, and Concordant Opposition.

The earthbergs of this layer were reversed (or alternatively, gravity was reversed) so the flaming side was up and the earthen side down. Surtur and the fire giants made their home here and guarded the barriers that lead to Asgard and its neighboring realms.

The rivers of earth were in such close proximity in this layer that the entire sky was filled with fire, making it appear to travelers that they were in underground caverns and passages with a river of fire for a ceiling.
Alternative Name(s)
Ysgard, Gladsheim
Type
Dimensional plane
Location under
Outer Planes