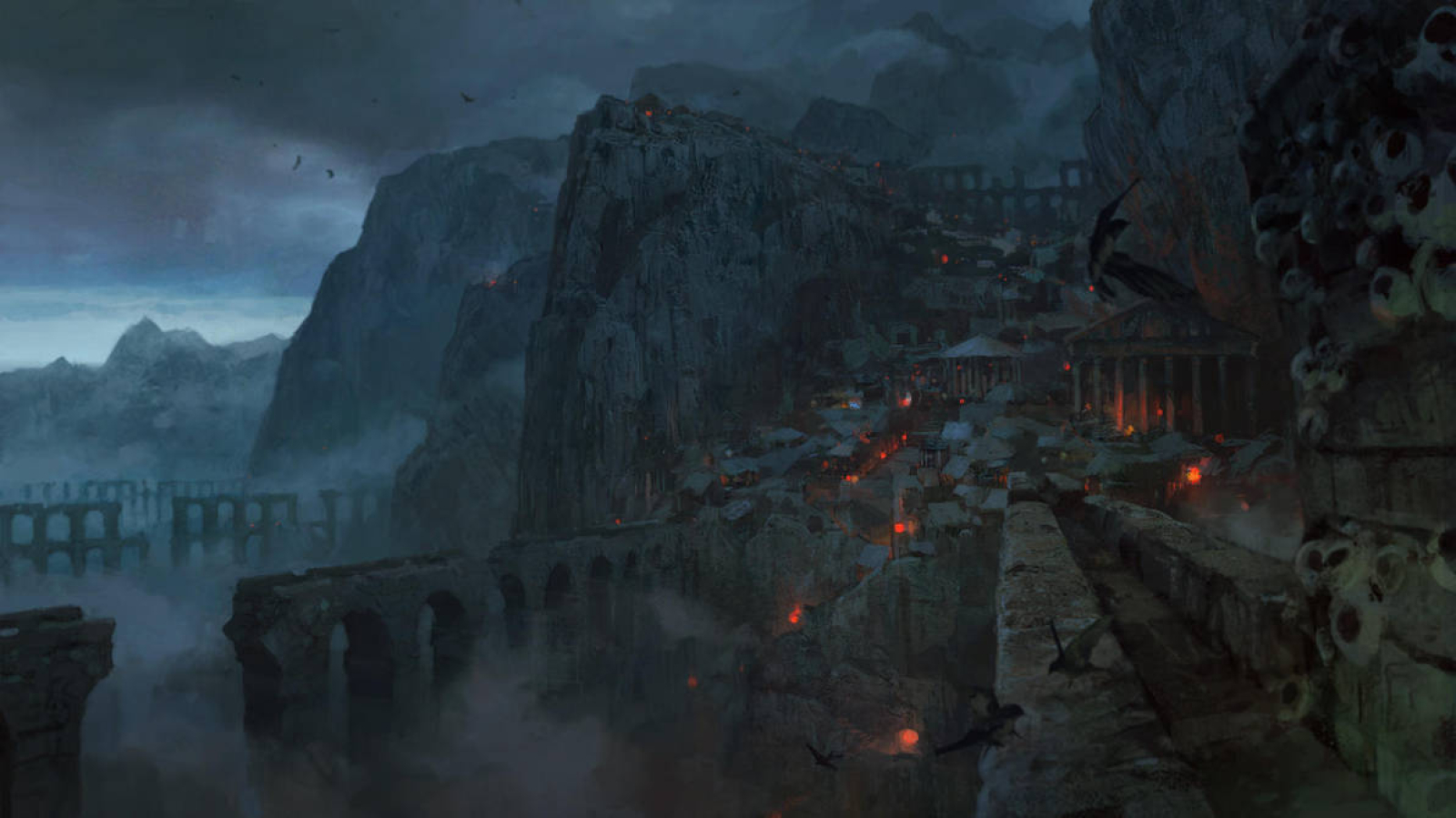 The Windswept Depths of Pandemonium

The Windswept Depths of Pandemonium was the plane of chaotic neutral and chaotic evil alignment.   Pandemonium was made entirely of rock pierced by innumerable tunnels and caverns large and small. All open space was filled with howling winds that carried the sound of every word, shout, or scream uttered in the place. Without adequate protection, beings with hearing were rendered temporarily deaf in a matter of seconds and permanently deaf in a few minutes. Normal fires could not survive and there was no natural light. Conversation could only be accomplished by shouting at close range.   Gravity in Pandemonium always pulled away from the center of any cavern so a traveler could walk on the floor, walls, or ceiling. Streams and rivers would flow along one surface of a cave, or inexplicably down the middle through the air. The larger caverns were hundreds to thousands of miles deep, wide, and tall, and the winds there could lift up small humanoids and carry them far away before a dangerous landing. Pandemonium has four known layers, each with slightly different conditions.

The topmost layer with portals to Limbo, the Abyss, and Concordant Opposition was called Pandesmos and was the most habitable layer of the four. This layer had the largest caverns and the river Styx flowed through the rocky wastes. Nearly all great cities and citadels in Pandemonium were found here. 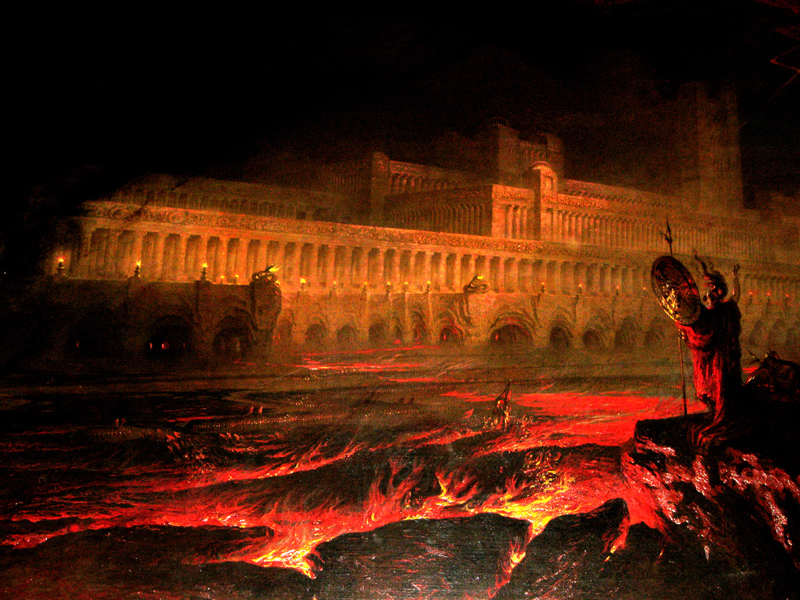 Resting below the bridges into Pandesmos, along a fiery portion of the river Styx, lies Kamil. Neveh dwells in the bleak city of Kamil, “whose ebon streets are silent, and where Night Eternal reigns.” Kamil is inhabited by the Gytevsha and the souls of the most disciplined and devout of Naveh’s mortal adherents. These mortals exist in a paradise of eternal obedience. Some believe that Naveh gifts the most loyal of these with the powers of the Gytevsha.

The second layer was called the layer of lamentation because the wind whistling through the tunnels carried the cries of anguish and the sounds of sorrow. The passages on this level were narrower making the noise shrill enough to drive insane anyone with unprotected hearing. Unlike the natural looking tunnels and caves of Pandesmos, the passages of Cocytus were carved by beings unknown to even the gods.

The third layer was the layer of dark and damp. The walls were matte black and absorbed all light with no reflection—all light sources could only illuminate half as far as normal. Many rivers and streams cut through the black rock and the constant dripping of eons built up stalactites, stalagmites, and other cave formations.

Agathion was the deepest known layer of Pandemonium and was made of solid rock with no tunnels and only giant spherical bubbles of air or vacuum. Those bubbles with a barrier to Phlegethon were filled with huge windstorms capable of flinging even large humanoids around. Pockets without a connection to the next level were often the final resting places of things that should not be awakened.

Only the spirits of the most merciless bugbears traveled to Pandemonium after death.