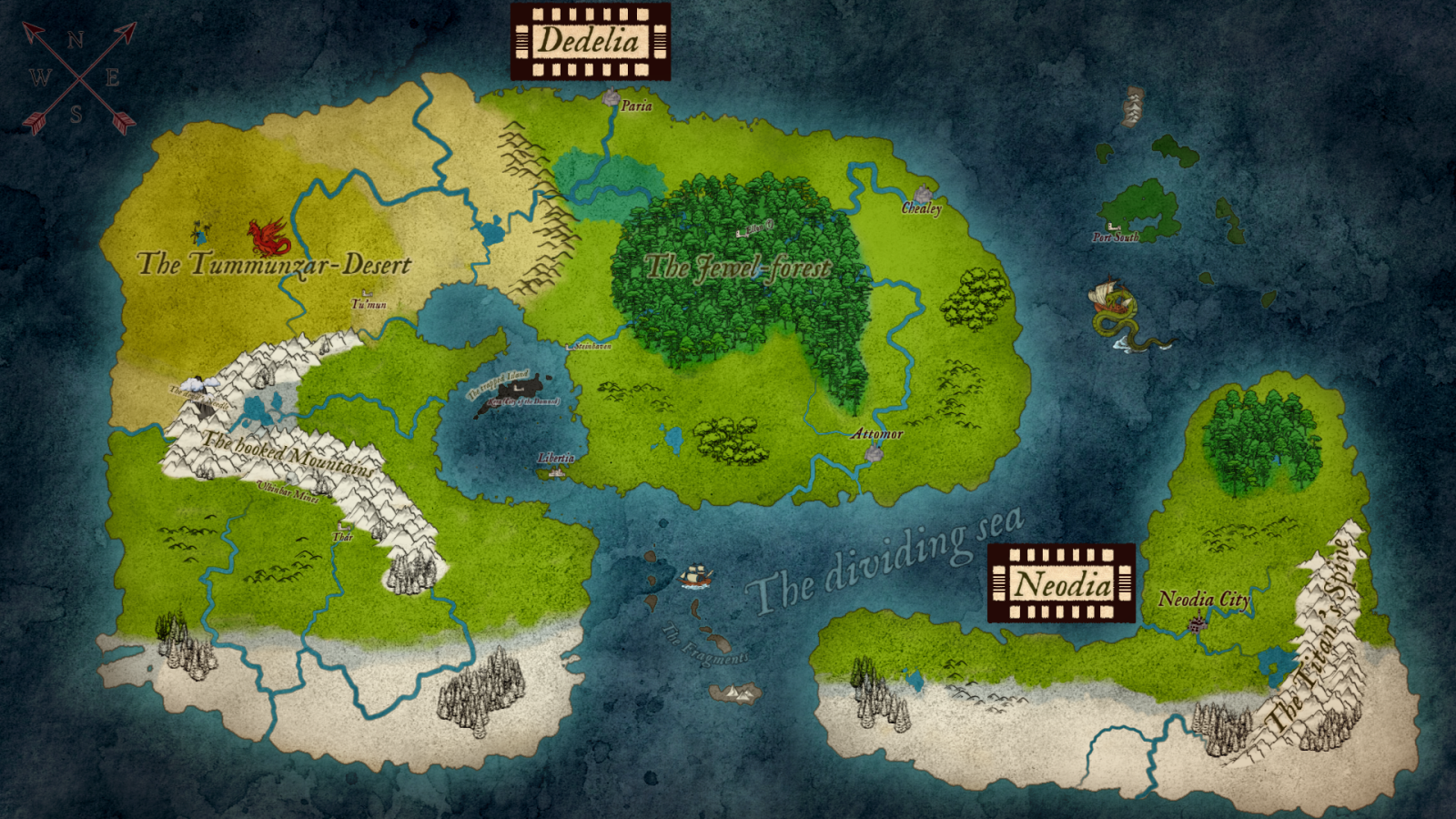 The creation of our world

A tale of creation and destruction.

The most common myth about the creation of the world is that of Dedelia and her brother Neodius.
The story goes as following:

"Way before this world, before time and life there existed an ancient titan in the void. Her name was Dedelia. She created different planes of existence and filled them with unique forms of life. But despite all her creations, she still felt lonely and so she decided to create a being that was equal to her. She used the power of some of the planes she created, turning them into infernal planes we know as hell today. With this power she created her brother Neodius. He was equal to her in power, however he only was able to destroy and not to create. For some time, they coexisted with Dedelia bringing order and Neodius chaos into the worlds. His sisters constant strife for order and life made Neodius envious and angry, because this was a power he could never harness. After a while his anger grew big enough that he attacked Dedelia. She defended herself and a desperate battle of life and death ensued. In the end Dedelia was able to kill Neodius but she was mortally wounded. Knowing that she would die, she decided to create one last plane and pour all her love and part of her very being into it.
And so our world and everything in it was created. The first humans, elves and dwarves were born with the knowledge of how this world came to be and decided to write it down, so it would be preserved for coming generations. They also named the land they lived on Dedelia, in honour to the being that brought them into existence."

Some legends say that a small part of both titan's souls still lived on and exist somewhere between the planes.

There is a variation to this myth that says that the titans didn't die but rather fell in a kind of hibernation, waiting to rise once again and continue their battle.

Most people all over the two continents belief in this myth. Only a few non-believers have their own theories about how the world came to be.
Date of Setting
Before recorded time
Legends and Myths
In response to the prompt Tell us a myth or legend about how your world came to be from a religion, cult, or group in your world