Cursed dreams, with cursed screams,
The wound the blade had brought.
A board, a game, of mortal claim,
Two lords a battle fought.
Of death, and change, those stars arranged.
Lords’ master wanted ought.
These seven suns, this Islirith,
He had heard of naught.
To sage and priest the white knight went,
To cleanse the blade he caught.
They prayed, they plead, in dire need.
Though, the blade had earned his spot.
– Varik Keldun
Ageless Grimscribe   —   I sailed upon a White Ship, through the Grim Expanse.
On The Seas of Fate we tread, The White Ship never leaving course.
Into The Sea of Dreams we crossed. “Isoth! Ho Isoth!”
A heavy cargo my crew carried, they waxed and waned.
The further from The White Ship we distanced, my heart grew dark, heavy.
“How long til we reach?” ask one of my crew. “Nothing to fear the Empire of Men is near.”
He looked and scoffed for the cargo was a burden, I carried it to. Heavy for certain.
That night we took shelter among the trees, the darkness closing in.
The dreams this night were different than most, a voice echoed, so full of song and glee.
A low hum throughout the night, tis more than just a breeze.
Dawn is rising but the forest is dark, my men grow tired and warry.
Tis something off about this land, something foreboding.
Perhaps I should have stayed abroad, never set sail on that White Ship.
“No turning back now” i think to myself, oh if only i had known..
– Calypso
Ageless Grimscribe   —   White hot, Burning RAGE
Havoc, Hate, Malice Infused
Behold Revenant
– Varik Keldun 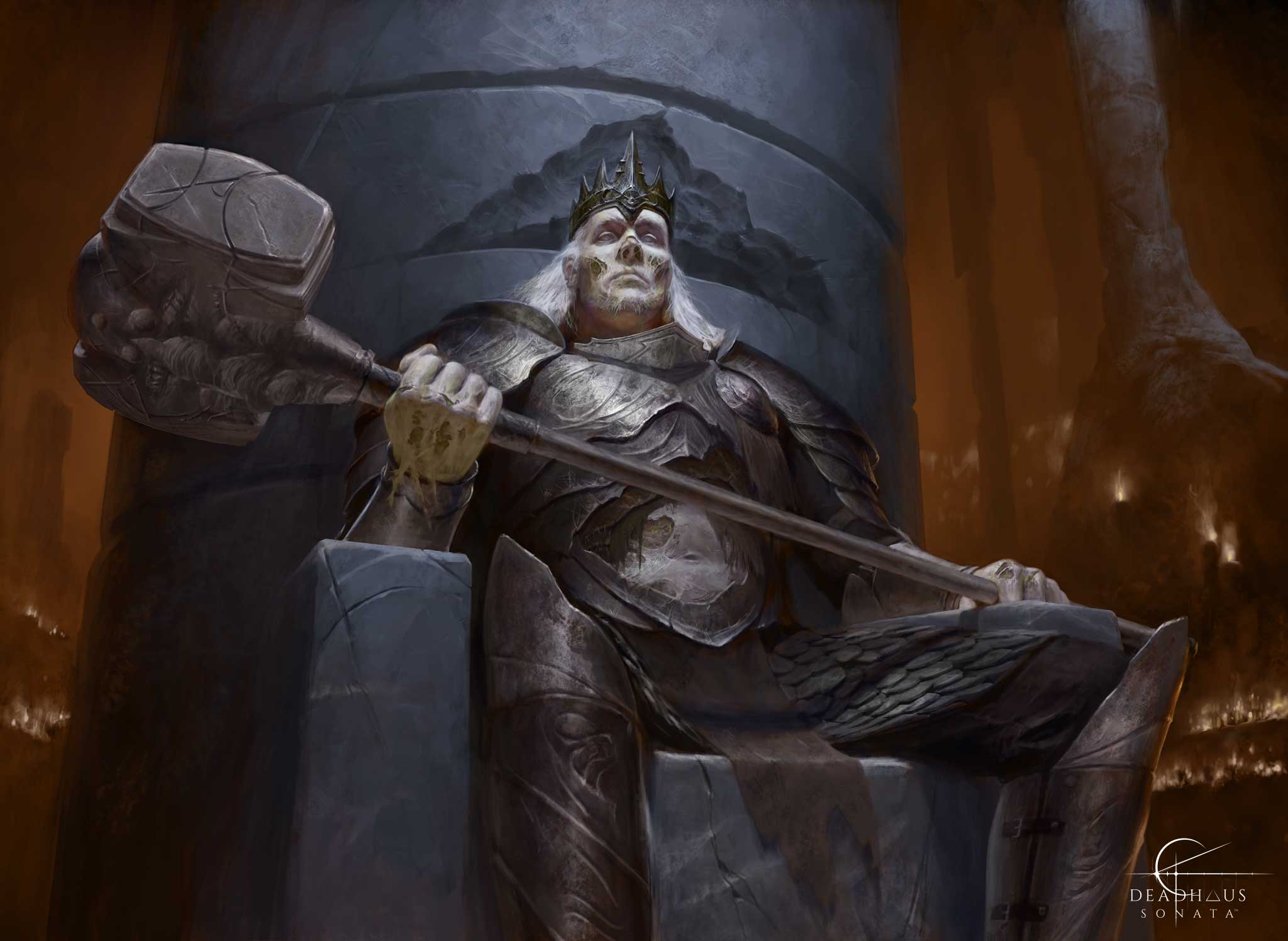