The golden skinned Lasskyrs call Lasskyrolia their home. It is one of the lowered lands, with mountains and hills ringing the edges and a system of freshwater seas holding the center. The Lasskyrs have the highest intelligence of The Eight and put it to use early on in their continent's development. Almost three thousand years ago the combined cities of the Lasskyr realized that the Great Lakes were destined to become saltwater dead seas. They used their knowledge of the natural world alongside their mastery of Arcanum Crystals to cut a Grand Canal almost a thousand miles long into the eastern portion of their lands. It took all the combined efforts of over a dozen clans for over a hundred years. It reversed the flow of one of the great rivers of the time. It cut through a highlands to a depth of five hundred armlengths. When finished, it helped drain the central seas into the ocean and created the most bountiful collection of connected waterlands that Creation has ever seen. Crisscrossed by an extensive system of canals and locks, the Great Lakes are a marvel of ancient times.   Over a thousand years after the formation of the Lakes, the Lasskyr turned their attention to the wider world and developed the first large sailing ships that could search the ocean for whatever else the Great God had for them. They soon discovered Ennostwell and made the first contact between any of the eight races of creation. The militaristic Rennon of Ennostwell soon copied their ships and embarked on journeys of conquest that closely followed the Lasskyrs journeys of exploration.   The Lasskyrs refer to their continent as the Land of the Lantern. They developed multiple sun worshiping religions and fixed their livelihoods to the Lantern's rise and fall. Although those ancient religions have given way to the Order of the Eight, many Lasskyrs still hold a special place in their heart for a connection to the sun. 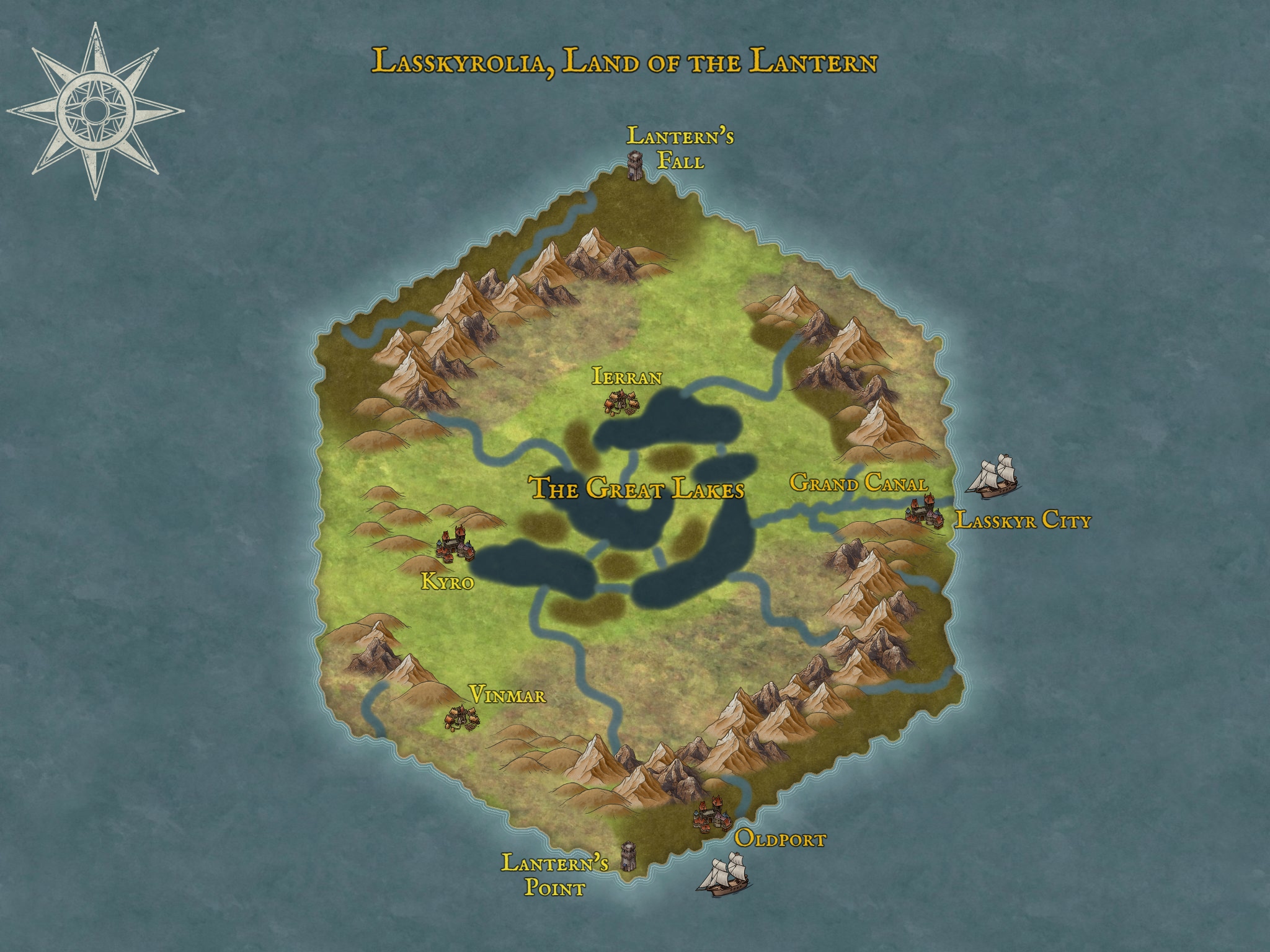