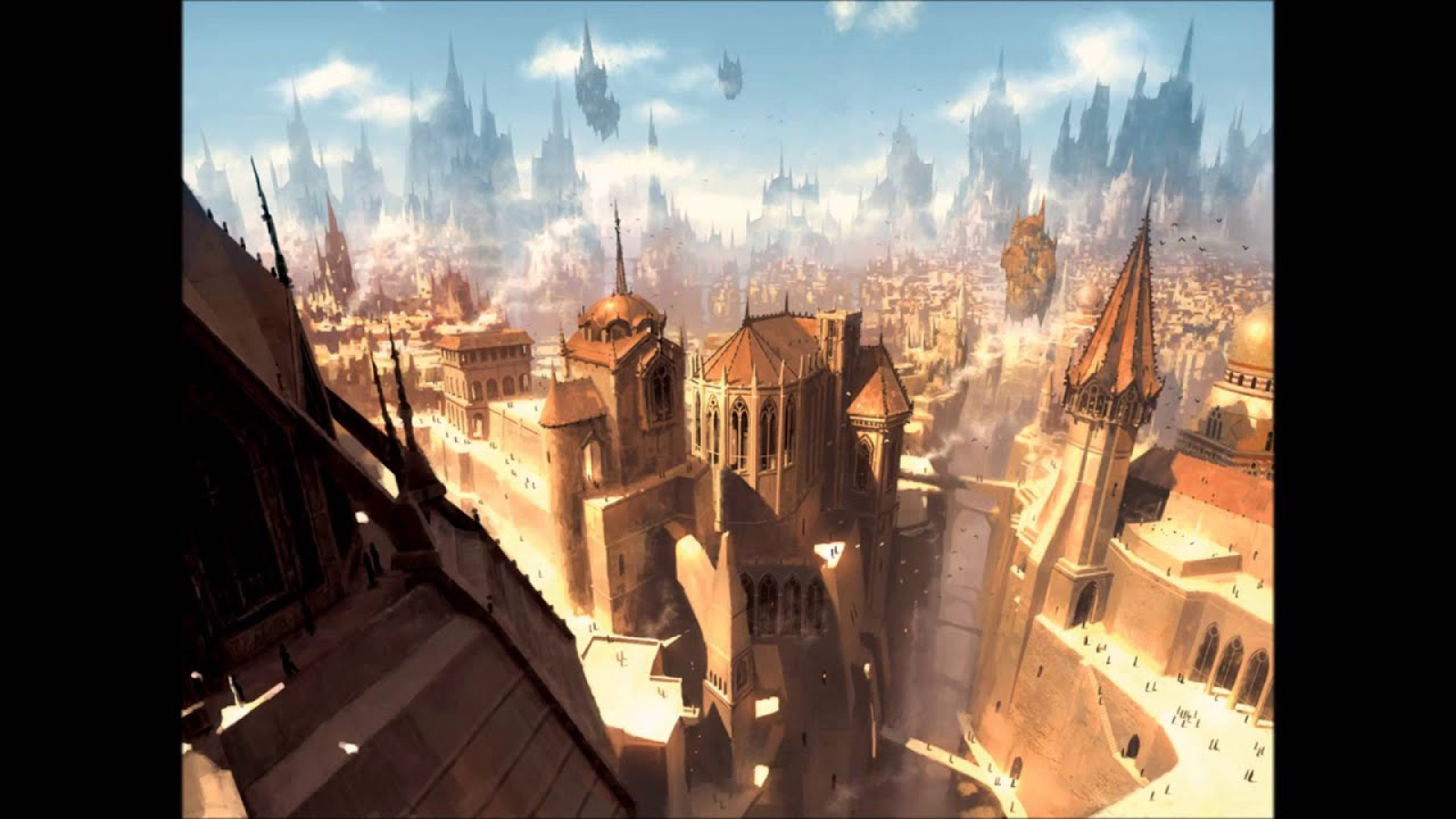 The City of Towers, one of the unmistakable wonders of the world, Tarn rises above the the Blinding Plains of Calead like an impossible mirage over the wide Dagger River, its hundreds of thin, graceful towers shining by day and just as bright by night. Some towers defy gravity and hover in the air to greet the occasional Skyship from Mt. Uh Oh, Peliador, or its sister city, Tanos, the City of Ships on the Tanosi Sea.

Tarn is the seat of the Caleaden government and home to the Eight Mageriarchs, eight Magi who represent each school of magic. Under the Eight is the Speaker of Tarn, elected by the general population once every five years, who rules the quotidian aspects of the city so that the Eight can focus on larger issues.

The city perches atop the two thousand foot high, peninsular-shaped plateau called the Hilt, with the Dagger River coiling around it below. There are two smaller plateaus within the larger one, which helps shape the districts of the city. There are four distinct levels: the Skyway, comprised of floating towers which levitate above the rest of the city at different heights, home to the Eight Mageriarchs and other high profile elites, but still mostly open to the public; the Upper City, containing almost all the tops of the towers, the museums, the wondrous artistry and the famous floating bridges and gardens; the Middle City, which is home to the vast majority of the population of the city; and the Lower City, where most commerce and industry takes place. Below the towers to the west is Cliffside, the only access to the docks on the Dagger and only reachable through massive, magical elevators. On the north side of the plateaus there is a tall, well-fortified wall overlooking a thousand foot sheer drop from the Hilt to the broken plains below that rise in jagged ranks to Spellspire Bex and the dark mountains of Urda.