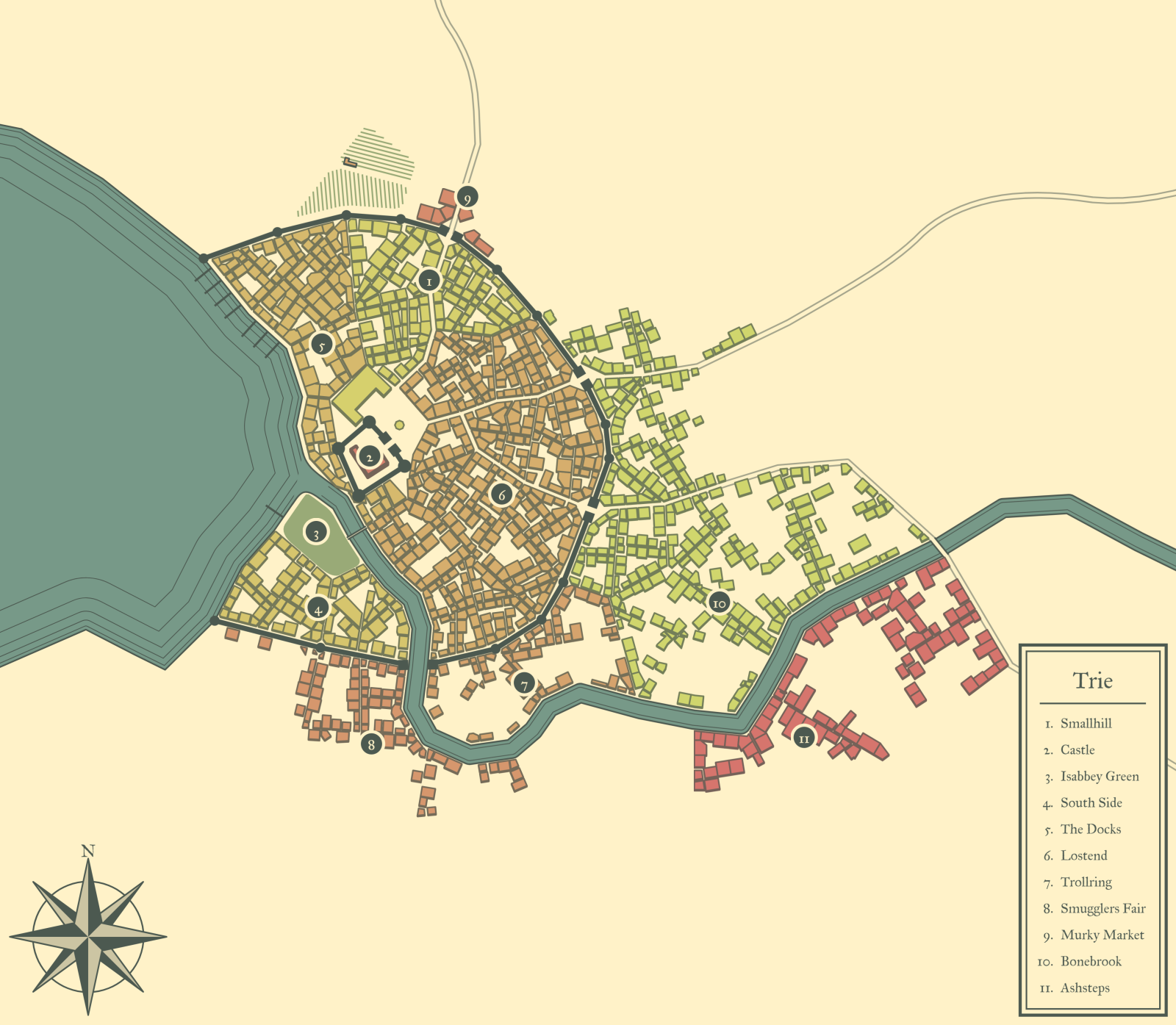 The city of Trie is the one bright spot in a dismal realm. Even the decadent Daugren cannot rival Trie for excitement in Grevesmühl. Grabentod's raiders, Royal Navy of Müden, and dwarven and human traders of Grevesmühl come to Trie to forget their differences and take the chill off. The burgher of Trie once boasted that a party of gnolls, driven from the mountains by the dwarf troops, wandered into the city. Before they knew it, they'd spent their booty on wine and food and had to take jobs as tavern drudges to pay off their debts.

This city has a large Brecht population with some Vos who have left their homelands. There are also a lot of Dwarves and Elves in the area. Being a port city there are also a wide variety to a lesser extent of other races.

Shaemes Karlburgher, Duke of Grevesmühl. While the area is ruled by this Duke his influence really doesn't touch this area.

There is a large timber export and an import of minerals (Iron ore, coke, copper).

Trie is at the end of a long arm that leads in from the great bay that has a river that continues into the region. A mountain range seperates the Brecht and Vos nations. It's cold and inhospitable environment make it an unattractive target for conquest.
Type
City
Location under
Grevesmuehl

Answering: "an industrial, mining, logging or other production settlement."
Visit Shell Mel's Competition Page Check all other answers to this prompt Competition Homepage