Ravenous eaters, experts in camoflauge, and seemingly endlessly reproducing, Mudstelle are hardy fish native to Kazcallen and invasive to River Artazia's famous lake, the Deep Bend. Brought over to Artazia in a misguided attempt to help balance the ecosystem, they've begun to out perform every other species of fish within the lake, and many fear they'll begin to spread downstream soon too.

For the last decade or so, the Deep Bend had been under assault by an infestation of disease spreading insects. The pests spend months in larval form swimming within the lake, so an idea was put forth to introduce a new species of fish to the lake to feed on the larva and help thin the insects out. The Mudstelle, with their propensity to eat anything and their reproductive cycle localized within a single body of water, were introduced with the hopes of eradicating eradicating the bothersome pests by consuming them before they ever sprouted wings and spread sickness.
As most ill-concieved plans regarding wildlife go, things took an unexpected turn for the worse. The Mudstelle as predicted made short work of the larva in the lake; but what wasn't predicted is that the new fish would also feed on every other small thing within the lake.   Insects, amphibians, and smaller fish all became food that the invasive Mudstelle happily fed upon. Soon they became the most numerous fish in the Deep Bend.

Did they eat the larva? Yes. Did it help? No, no it did not. Now we got bugs and endless fish we can't eat, can't use, can't do nothin' with.
— Bo, Kagana Fisherman, Resident of the Deep Bend 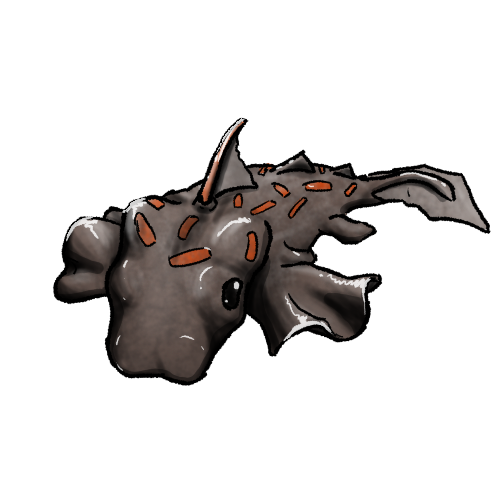 A massive glacier fed river that happens to be Artazia's longest river, and third longest in the world. Home to a wide variety of fish and land animals, location for industry, travel, and trade, and housing more than its fair share of secrets.

Thick chitinous plating covers the head of this extraordinarily successful ocean predator -- hunted only by one of it's own, mutated into something terrifying.

Answering: "a species considered monstrous by some"
Visit Stormbril's Competition Page Check all other answers to this prompt Competition Homepage

phew, last one   This will definitely need more information added to it later. But it's done enough to count for summer camp, and that's allI need right now after such a busy month! Here's hoping I return to this article later to add a bit of polish and add a bit more info :D

ah, it's your world's version of the Cane Toad

Oh yeah! I suppose it is!   Every world needs a good invasive species meant to control pests but failing spectacularly :D

And one that also happens to be adorable, seemingly out of spite!

But of course! That's the fine print under the rule, haha