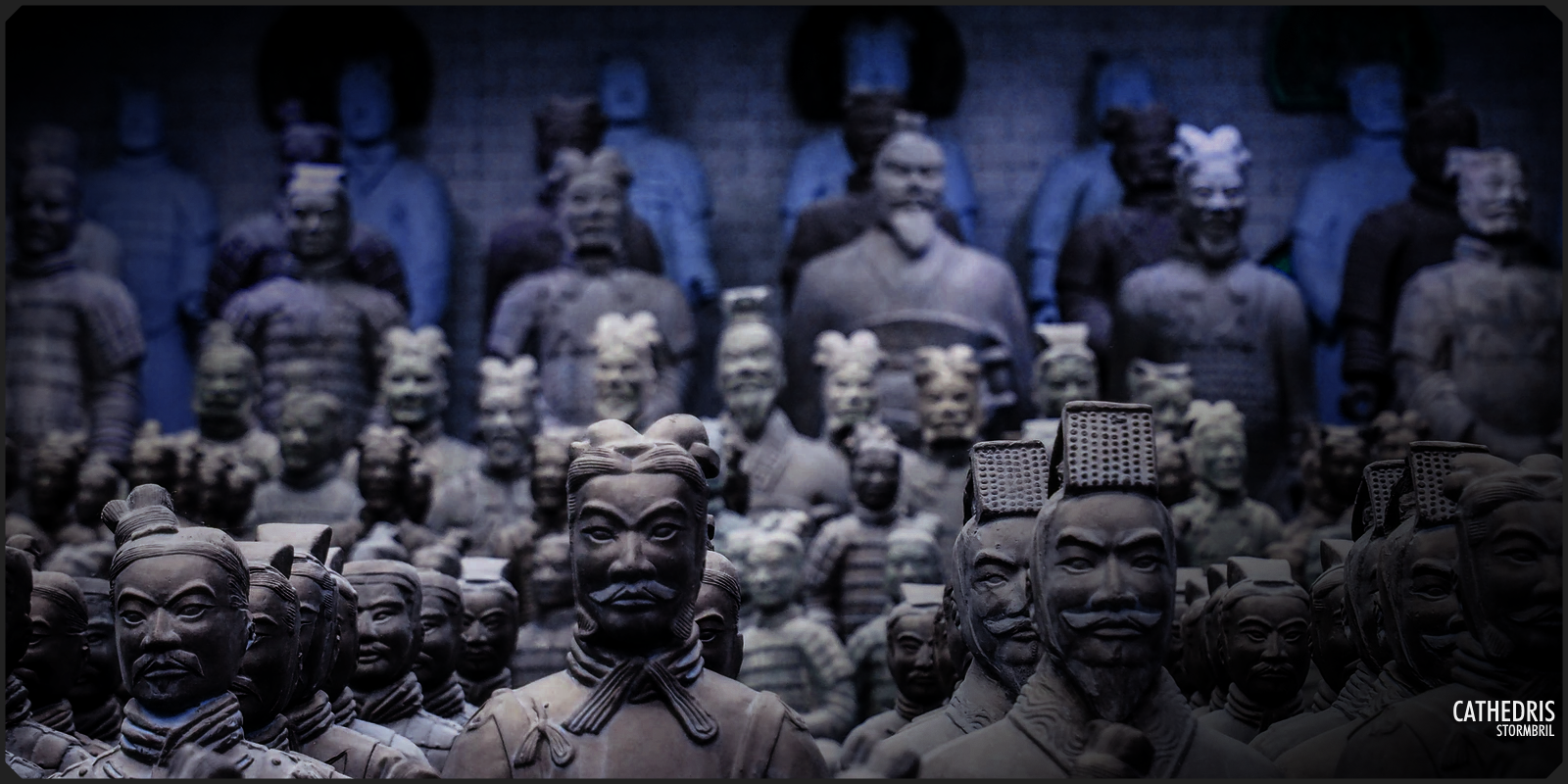 Protectors with an abundance of power

We are the line between progression and extinction! Humanity would be no more without us -- we're on every continent, in every country, protecting every citizen. Our organization has been doing this since humanity was first forced out from under the protection of the gods, and we will continue to do it for the rest of time. Without us... Cathedris dies. And we will never let that happen!
— Legionnaire pep-talk

The Legion is a multi-national, planet wide spanning military force for the good of all Cathedris. The organizations code of conduct decrees that the members of the Legion must come in equal amounts from all 24 countries. This equality is mirrored in the Legion's command structure as well, to ensure total neutrality, so that no nation is ever favored over another.   This group of warriors and tacticians was born out of a need to protect the human race. Humanity was faced with certain doom at the conclusion of The Seven Day War, after all 14 of the gods had fought -- resulting with them all turning into God-husks. The fighting had been cataclysmic, destroying massive swathes of land and launching thousands of tons of ash into the atmosphere. The world was dark, and out of the shadows came crawling Rendlings. The remaining humans banded together as best they could, holding the monsters at bay.

In the beginning the Legion couldn't even be called an organization. The world was still reeling from the recent disaster, and back then news traveled slow. It took years for humans across the globe to learn the full extent of what had happened -- but they weren't given time to come to terms with it. Mere months after The Seven Day War, the Rendlings came. The strongest of the remaining tribes in all parts of the globe banded together to hold back the Rendlings in what was later thought of as humanities darkest era. Eventually news began to travel as people moved and tried to find safer homes. Warriors began to trade stories, secrets, and methods of dealing with monsters -- cultivating the beginnings of the Legion.

With the signing of this document, we're solidifying a plan to safe-keep all of us, all humans, for the rest of time. Nothing will ever again threaten our survival. We're starting an organization built of good people, for a good cause, and I couldn't feel any prouder.
— Unnamed founding member, Year 1025

Some Legionnaires and scholars like to count the Organization's history as far back as these early days, though most count Year 1025 as the first official year of the Legion's existence. The world had become interconnected enough to support a global organization, allowing for a much more tight knit structure of command.   Not every country wanted to be a part of the Legion at first -- many were still attempting to expand their borders, or were worried their neighbours would attempt to expand, and thus wanted to keep their best soldiers to themselves. All would eventually join, but Estana, Falaradun, Kazcallen and Wo'bb'al would be the last to join.

Nearly 2,000 years later and the Legion still fights for and believes in its core values. They see themselves as the true protectors of humanity, and the reason that civilization even exists at all -- as such, arrogance is exceedingly common to find among the ranks, as pride grows so large it sours into something unpleasant.   The multinational army has also grown significantly in numbers over the years -- in modern times, the Legion is more than twice the size of the next biggest military power, the army of Hansun. They've also begun to take new roles on other than just protection from Rendlings, categorizing them as for "the protection of humankind" and justifying them that way -- including research into weapons manufacturing, Catalurgic advancement, and bio engineering.

Civilians across the globe have begun to look at the Legion with a wary eye. They see the way the Legion treats the environment in the Shattered Isles, or the way citizens in Estana restricted from cultural sites due to "dangerous conditions".

It's been too long with em in power, ya'no. Ain't right. They just go pushin the boundaries non stop, and 'for ya know it, ya can't go down the street to ask Helen for some sugar cause now it's 'parantly too dangerous!
— Disgruntled Degrundan

What used to be considered a side project has very quickly become the Legion's second greatest focus -- researching and development. With Cathedris in an industrial revolution, technology is constantly improving. While some, like the Snakes, try to take advantage of this for nefarious purposes, the Legion does so with the best of intentions at heart.   New weaponry is constantly being made to better deal with what appears to be increasing numbers of Rendlings. Researchers attempt to combine Catalurgy, Feathersteel, Simulrendology and other new technologies on a daily basis to create the best Rendling killing weapons they can -- with anything being deemed unusable shifted to a secondary research department, to determine if it might serve a general use for the public.


Just think of where humanity would be today if the Legion never existed -- think of the advancements we've made, and the technology that's been discovered and invented in our research labs. We're pushing Catalurgy to its theoretical limits. We're discovering new uses for Ichor and Feathersteel, and new applications of Simulrendology. Think of all this, my Legionnaires, and feel that heat of pride inside. Think of this and carry that warmth out into the world. Use it to keep Cathedris safe, moving towards a greater future!
— Legionnaire pep talk 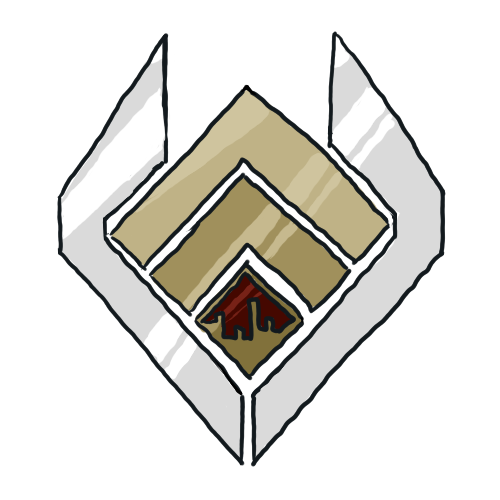 The Legion favours a hierarchical command structure, with decisions coming from the executive branch comprised of 24 individuals. The remaining Legion is then structured into various branches, from research and administration, to front line battalions. The two main branches are the Legion's front line soldiers, and the considerably newer research branch.
Controlled Territories

The Legion like to equip themselves with a powerful selection of blades and explosives for short range. 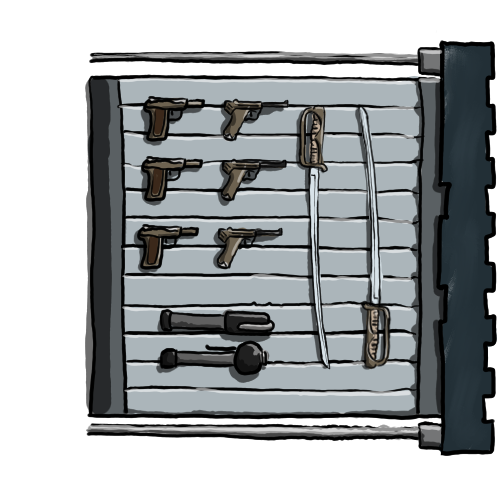 The Legion's long range weaponry is state of the art and constantly evolving with new tech for more Rendling killing firepower. 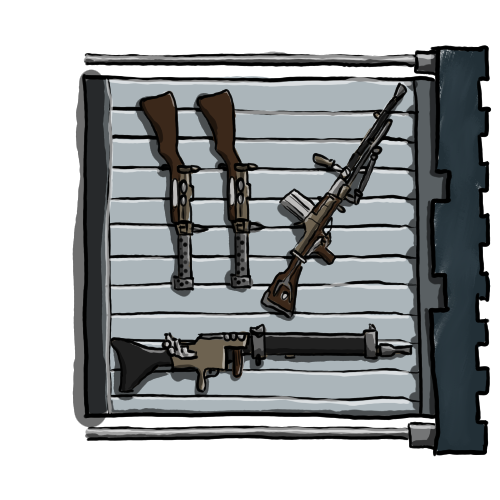 Listen. No really, listen -- I think there's something to these rumours. I've been out in the middle of the plains, center of Hansun. They're doing something there, at this incredibly massive facility. The place is spread out over a good 25 square kilometers... and there's this one building, the main one I think -- it's easily a kilometer wide, and nearly half as tall.
— Rumours, hastily whispered

Sometime in the last three years, mysterious rumours have begun to circle the globe regarding the Legion, and a specific research center located in the plains of Hansun. The rumours are unable to be traced back to an original source, and are mostly unverified -- but are told everywhere the Legion is found, with generally similar details.   The rumours speak of a blasphemous, terrible experiment being run by the Legion's head researchers. Some people talk of human experimentation, crossbreeding, or captured and controlled Rendlings. Others more commonly talk of a far more sinister project being undertaken -- whispers of a 15th god. Rumours are unclear on it, but most seem to think that the Legion is attempting to construct a massive, artificial god, under total and complete control of the organization. All who hear of such rumours fear of what could become if they are true; total domination of the world by the Legion, for with a functioning god on their side, who could stop them?

We choose to let our actions speak louder than our words, and for the most part, choose not to comment on rumours regarding our operations. However, these recent rumours have grown too large in number, and as such we must strike them down with the truth -- we have not, in any way, shape, or form, conducted any such action as suggested by these rumours, nor will we ever attempt to do so or plan to do so.

Answering: "Write about an organization in your world that has become so powerful it's above the law."
Visit Stormbril's Competition Page Check all other answers to this prompt Competition Homepage

Join Cathedris Discord!
This work is licensed under a Creative Commons Attribution-NonCommercial-NoDerivatives 4.0 International License.
All content, unless stated otherwise, copyright ©2010 - 2021 Devon Ruscheinski. All Rights Reserved. All images are made by Stormbril, unless otherwise specifically stated. World Default Header Image (Interior roof of a Cathedral) originally by Derek Story, edited by Stormbril.
Background image composited of a Cathedral Photo by Odin Lee, with mountains behind by Sorin Sîrbu, combined and edited by Stormbril.
Developed by Stormbril
Want to support me and get some neat Cathedris art? Check out the stuff I have on Redbubble!
Cover image: by Manoj kumar kasirajan

Image of soldiers among trees by Daniel Balaure

This article is easily one of my favorites of yours--and not just because the weapons lockers OPEN. (The second one is a little higher on my page than where the alignment looks like it should be, but this effect is darn cool!!!)
Quick correction in The Modern Legion section:

began = begun
I'm incredibly intrigued by this 15th god creation rumor and the direction the Legion has taken from "protecting humanity" through sheer grit to doing so through increasingly questionable and potentially more nefarious means.
You can do this! I believe in you!
To Do List Adventures: RPG + interactive fiction for your goals
Luridity (Luridity's romance, so unlike TDLA, 18+ and nsfw)

Thank you so much, Dani!! :) I'm really happy with the result! I think the alignment is due to different web browsers and different screen sizes, and I'm not sure how to go about ensuring it's the same across all :(   And thank you for pointing that out! Its very much appreciated, I'll go and fix that really soon here :)   The 15th is something I'm 100% going to expand upon and build up as the world's central conflict I think, so I'm glad it's intriguing! I'm very excited to continue working on it :)

The motto gave me chills! Again, such a visually stunning article - and so many intriguing hooks and plot potential.

Thank you Brinsmead! :) It's going to be an article that is referenced and built off of many times in the future for sure.

...as such, arrogance is exceedingly common to find among the ranks, as pride grows so large it sours into something unpleasant.

*looks askance at real world*   This is such a fascinating article with so many potential ways for stories to grow. I particularly like the rumours of a 15th god. The idea that they have moved from focusing on the protection of humanity to... more than that is scarily realistic.   Love this.
Emy x   Welcome to Etrea!

Yeah, current real world events definitely had a big influence on the Legion :(   Thank you so much as well, Emy! I'm really really glad to hear that :) I'm quite excited to work with and tie this organization to conflicts all over Cathedris. And eventually get to the 15th God :D

This is an amazing article. The background, the information from both sides, the lockers that open. I probably don't want to know about the rumors... though I admit I'm curious.

Wonder what they are really up to...