Goddess of Ice and Winter

Villages in the far north find that it is best to listen when the acolytes of the Frostmaiden arrive, proclaiming doom and devastation. If the acolytes are not heeded or the 'donations' made to them are insufficient then the village is unlikely to survive the storm that follows.
— Osborn Brightmoon, "Through Snow and Ice"


Auril is the Goddess of Ice and Winter, with dominion over the cold places of the world. She is cruel, fickle and vain, and usually venerated only out of fear. Cold and aloof, Auril cares little for her worshippers or indeed any being, and mostly seems content to remain distanced from the world.


Auril is a remote goddess, little involved in her worshippers' lives. So long as their praises and devotions are delivered appropriately she will - usually - refrain from sending storms and blizzards against them. But she is fickle, and even her most devoted can never quite predict how she will respond.

Auril's cult is largely one of necessity mixed with greed. They travel the frozen wastelands from settlement to settlement, spreading word of their goddess' wrath. Inhabitants of Eralia and other frozen places offer devotions to Auril out of necessity, seeking to buy respite from the weather. Some of her cult operate from good motives, doing what they view as an unpleasant task to save lives. Others act primarily out of greed, preying on the fears of others and keeping the 'donations' to themselves. Acolytes of Auril can be recognised by icy-white robes trimmed in blue, and are usually seen spreading dire warnings of the coming winter.

It is rare for Auril to manifest directly, as she rarely feels she has anything to say to mortals that could not be said with well-timed blizzard or snap-freeze. On the rare occasions she does appear personally she takes the form of a young lady made entirely of ice. Her form is said to be so smooth and immaculately-carved that one can hardly tell it is not living flesh at all. Her eyes are blue fire, and her hair fine strands of black icicles. She wears a robe of blue, and the area around her freezes from her very presence. 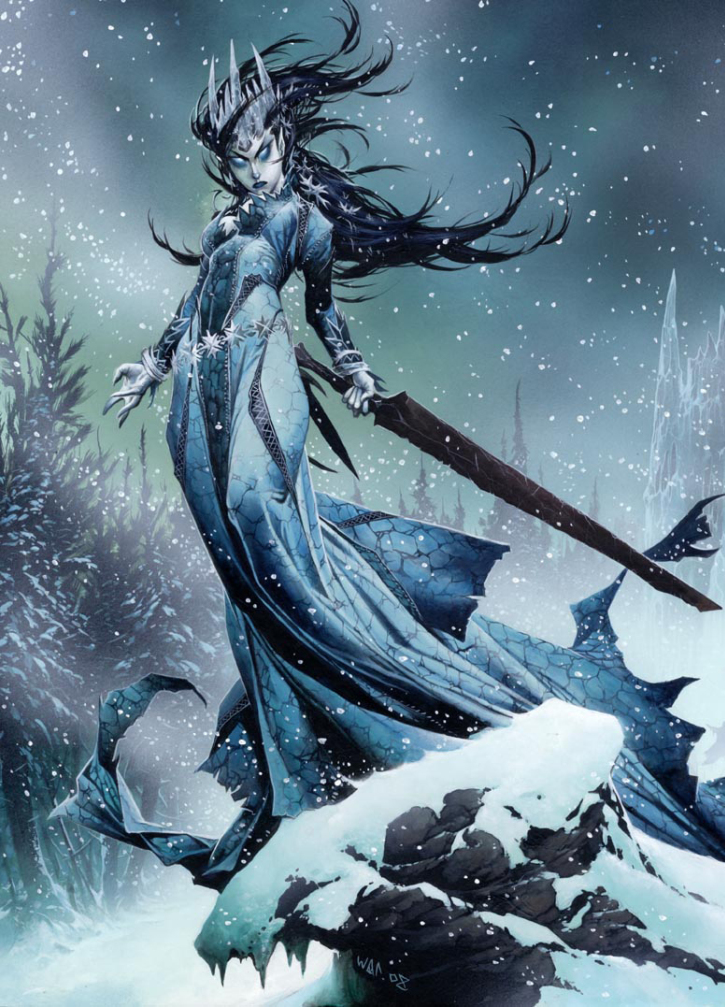 
Auril was carved from ice by Garl Glittergold, who by all accounts was bored and seeking something to do. He spent months carving her form and bestowing it with the gift of divinity, only to be horrified by the callousness of his creation. He cast her out and refused contact with her, leaving the newly-birthed goddess alone and lost in the world. Being forced to come to terms with a divine existence without help further hardened Auril's heart and helped her along the path to the cruel, capricious goddess she is today.

As a rule Auril has little to do with the other gods, but she is known to have a particular hatred for Feurean. The Goddess of Fire naturally conflicts with the Goddess of Ice and their forceful personalities only exacerbate the divide. Feurean is much more powerful than Auril, so the Frostmaiden is generally unable to act on her hatred.

Perhaps seeking a more positive relationship in her life, or perhaps just wanting more servants, Auril created the Echonur. Unfortunately for the Frostmaiden her children rejected her and her philospophy, and fled from her. They now preach opposition to Auril, and even actively work to protect those she targets. This betrayal has earned them Auril's eternal enmity and hatred. 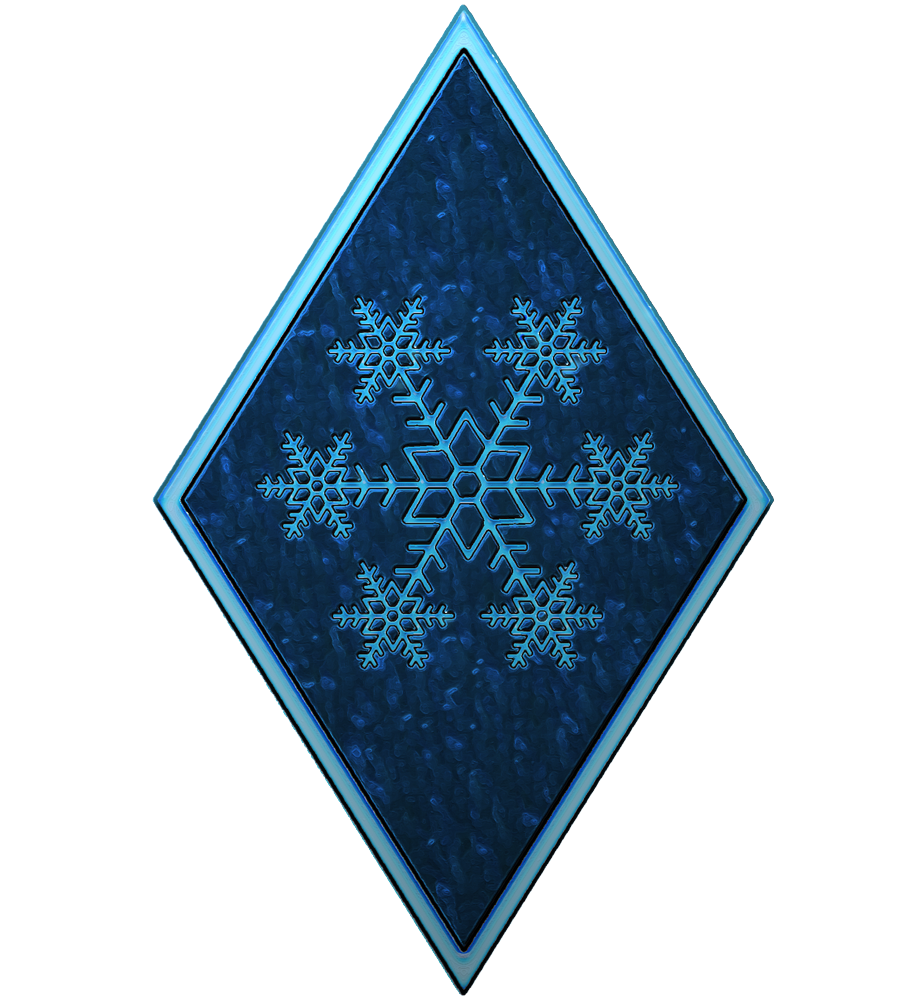 Auril was created by Wizards of the Coast for the Forgotten Realms campaign setting. I adapted her to fit better into my setting, Calcerun.