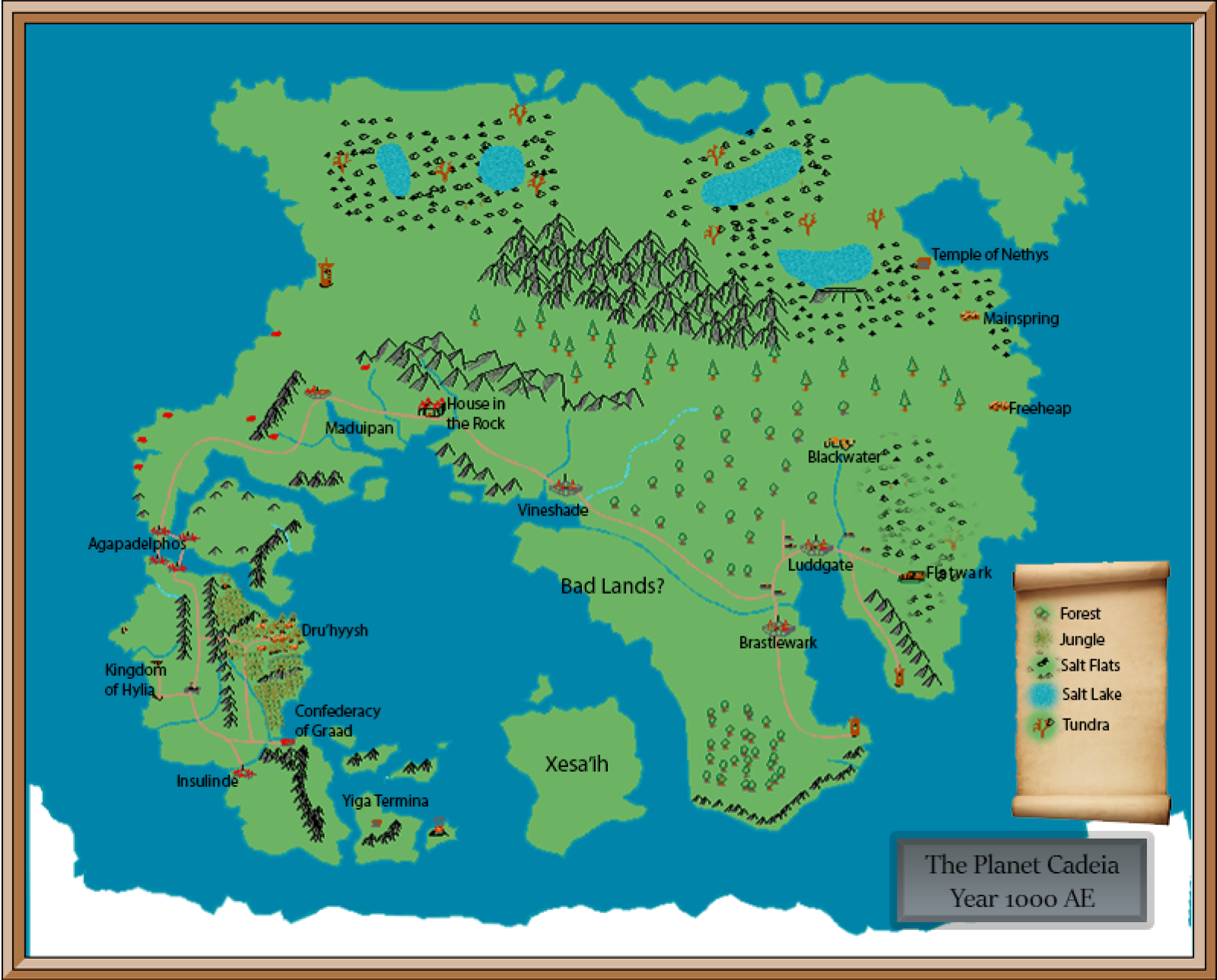 Rumhand
The campaign takes place on the lovely world of Cadeia, known to some of its more dour inhabitants as "The Cage" - because you're stuck there until you die.
It consists of three main landmasses:
Erinixal
The Remnant Archipelago
Rirt
and one enigma:
Xesa'ih

Cadeia has seen better days. In the Lost Age, thousands of years ago, magic was plentiful, and mages were abundant. These absurdly powerful mages soon grew bored, and proceeded to get real weird with it. Wizards did it.

They did lots of things.

This golden age ended, as they tend to do, in an apocalyptic war, which ended when a continent exploded. This calamity, known as the Eskaton, happened around 1000 years before the start of the campaign. The specifics are unclear, but they involved the deaths of multiple gods, the whole planet-cracking explosion, and the complete reorganization of Cadeia's leylines, deep underground.
By the time you all enter this story, the survivors have long since rebuilt into several city-states, a kingdom, jungle tribes, and a magiphobic steampunk empire. Technologically, things are around the pre-industrial revolution - steam power is a thing, and Ferrovia (trains) are just getting started.
The sesquarcentennial anniversary of the magiphobic Mundan Empire was interrupted by the sudden and traumatic re-entry of magic into the world. Mundane flora and fauna transformed into more dangerous magical beasts, and fifty percent of all humanoid life found themselves transformed into fantastical creatures.

Gnome gun chemist who will one day literally shoot the moon