Eight out of ten businesses in the world are controlled by just thirty megacorporations. It would be wrong to say that they run the economy. They are the economy. You could also say: The gods of our time.


There you have it folks. Everything you ever wanted to know about the unholy alliance between government and big business. Like any good pair of thieves, one is the front man, while the other does the dirty work. Pour yourself a hard one and let me tell you a story...
— J.B. Frost

The World is a Corporation

Some of you may underestimate how much corporations shape our lives. The Prime Eleven are the most famous of the Megas, not only because of their size but also by virtue of being fully independent states. They have their own territories, citizens, laws, the whole shebang. In their shadows, the second and third generation Megas are biding their time, envying the Prime's absolute power over their domains. Circling their predecessors like a hungry pack of hyenas.
Prime or not, anytime one of the Megas faltered in the past it was enough to kick off a major economic crisis. Even the smaller ones command millions of employees and more Ecu than the governments of the world spend combined. If a bunch of them scittled off to Mars tomorrow, we'd be starving, homeless and butt naked within a week. They have the whole world gripped by the balls and they act like it.

Not disagreeing with Frost here, but keep this in mind before indulging dreams of burning down the corps. We would end up setting our own house on fire.
— Lancer

To truly understand how corporations work in the 22nd century, we have to look where their leadership comes from. Take a bunch of CEO's of top companies - what do they have in common? Here's a few tips: Harvard, Princeton, Cambridge, Oxford, PolyX. Given the deplorable state of public schools, getting there takes expensive private tutoring or parents with strings to pull. These people tend to have both.

The worst thing is that they truly believe that it is their destiny to save humanity. They mean well, at least when they start out.
— Lancer

The curriculum is constructed to nudge you into the desired direction, while avoiding to spell it out. I used to corner professors with that as a fun mental exercise.
— J.B. Frost

As far as the education goes, these top universities are merely solid. So, why do CEO's seem to always come from the same few universities? Because it is there that they get introduced to their networks, the old money families, politicians, judges, government officials. In short, there they get their first taste of Power. That's right - their goal isn't just out to make money. They want to wield power over everyone else using money.

To succeed at the power game, corporations never go the direct way. They leave that to the politicians and the mob. How do they do it then? They follow the four steps to turn their networks into political profit, or as I call it, the Soft Power Playbook.

Supply everything. The first pillar of power: Megas provide most of the essential goods for our survival. Sure, Yeast Slush, paper-thin disposable clothes and coffin apartments suck, but they are better than living on the street. Most of us rely on a daily dose of CNX to keep our DNA from being turned into mush, so that alone should convince you.     Operate the infrastructure. Of course, everyone knows our wise leaders have outsourced the police to security companies, but I tell you that is just the tip of the iceberg. Who do you think constructs and maintains your arcology elevators? The monorail? The garbage trucks? And the Synflux infrastructure? If your guess to all of these was "a Mega", you would be completely right. Our governments can't pave a road on their own, let alone run an arcology. While worker strikes are illegal and severely punished, no company has ever been issued a meaningful fine for failing to fulfill their public contracts.
Own the intellectuals. Most of the Genetic Class 3 and 4 citizens have restricted genes in their DNA. If you are one of those lucky individuals, here is a short list of things that make you a criminal: Quitting your job, leaving your arcology, one night stands, and sweet mercy don't even think of having kids. Intimate relationships need to be pre-approved with your corporate overlord. If you don't like your golden cage, good luck finding another country that will take you in. One of the few times when being a class 1 normie plays out to your benefit. At least you get to choose where, how and with whom to be miserable.   Control institutional trust. Finally, I mention an aspect of soft power that is often overlooked but essential. To get anywhere near to a position of power, you need to check all the boxes and aquire a word salad of titles: PhD, ScEx, BsA, whatever. The Megas have spent billions infiltrating universities and qualification boards, and they make sure no one passes through the process who they don't like. 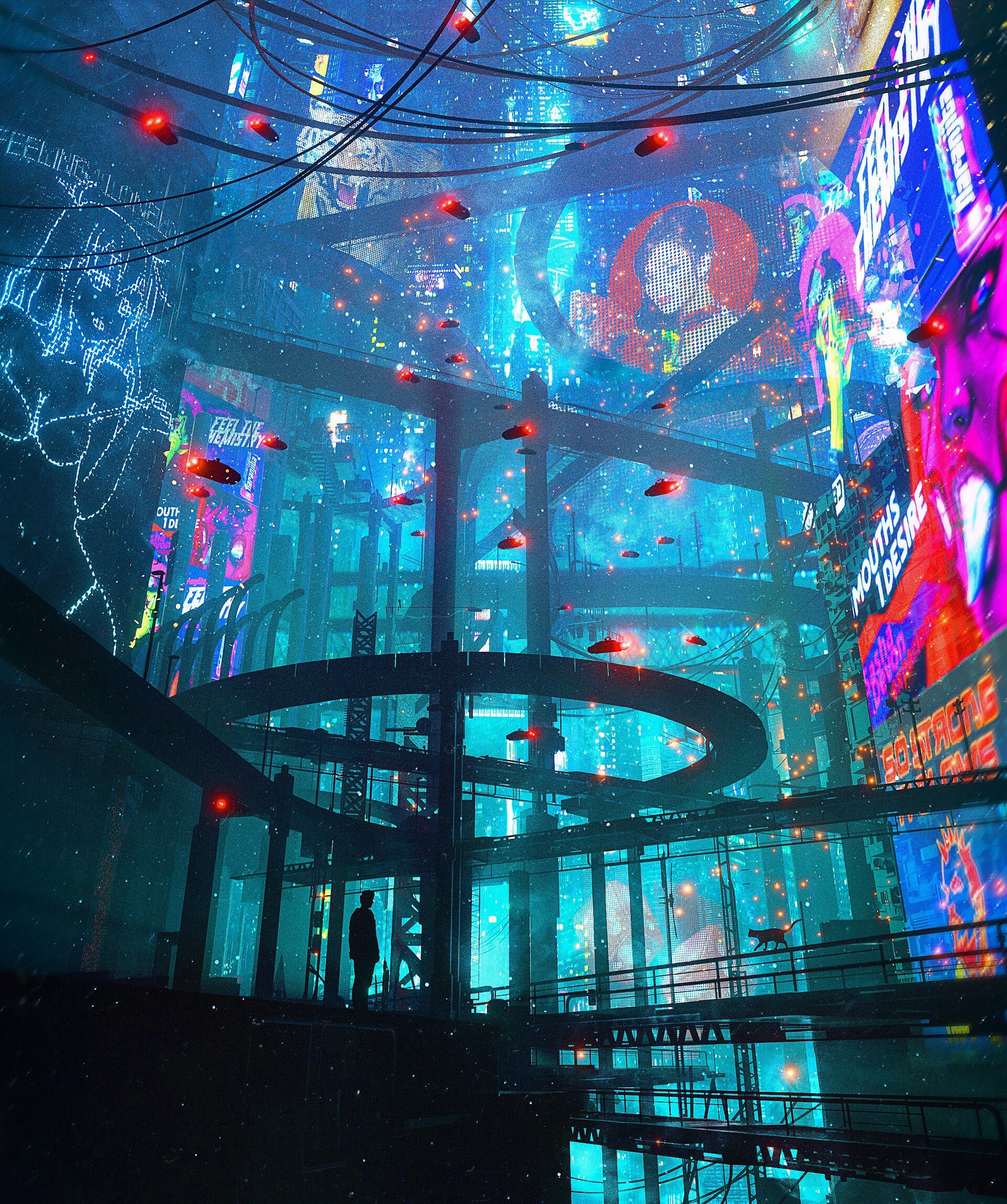 Talis tries really hard to look like they are different from all the other greedy Megas. That's a giant pile of BS, but their ads are more entertaining than what passes for a movie these days. Soft music, bright clothes, and those pure sweet smiles. Besides their obnoxiously effective marketing, they make a ton of money with medicine, genetech, AI and construction. As a powerful newcomer in the big leagues, they have been spearheading the "Anti-Prime" coalition. 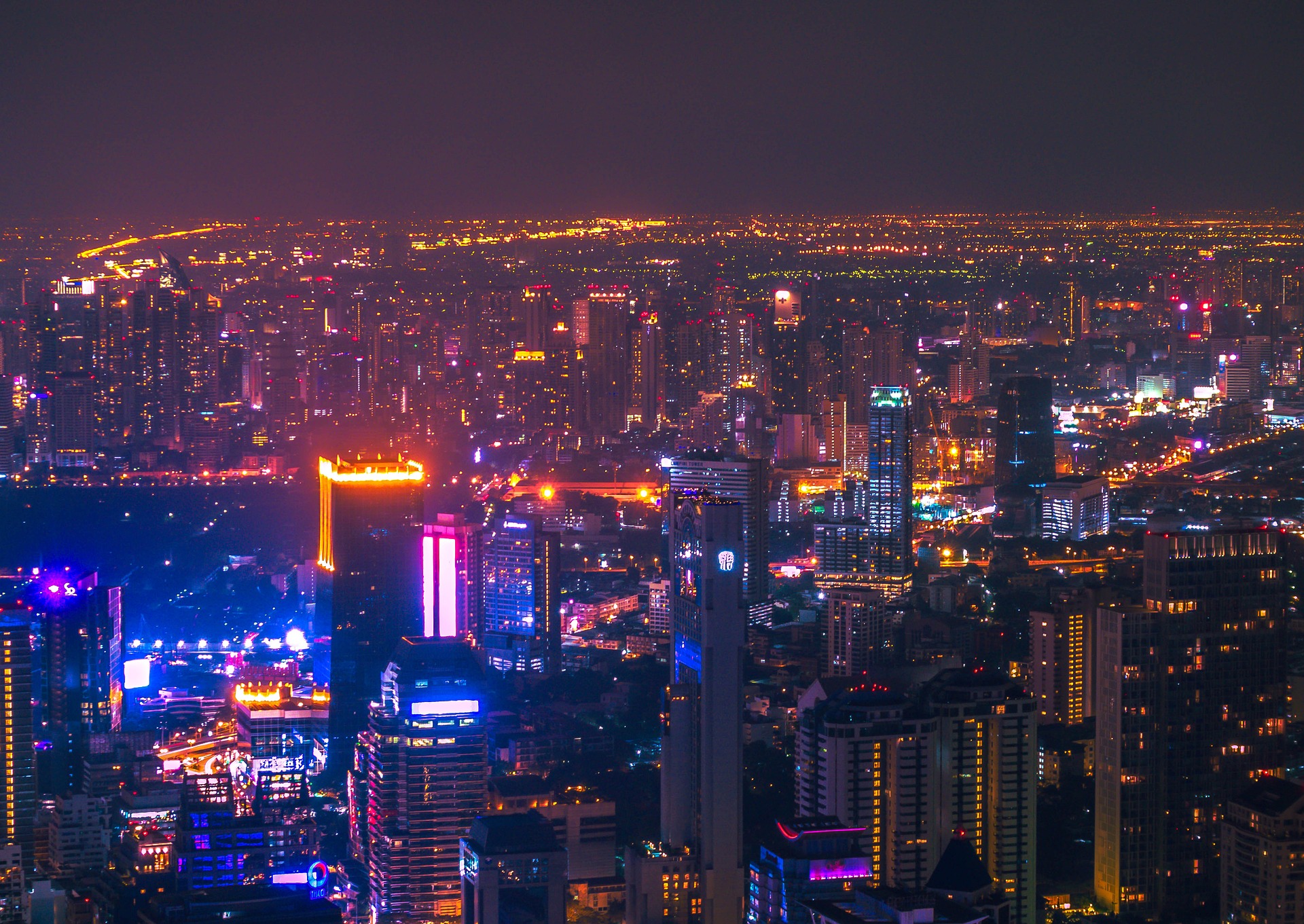 City at night by Tricell1991

Rating: A+
Slogan: "You deserve our best."

After years of teetering at the edge of bancruptcy, this venerable Prime is back with a vengeance. Having come out on top in some dicey mergers, they now control a sizable share of worldwide food production and distribution. Their leadership is infamously paranoid about its secrets and demands loyalty above everything. Helix doesn't make a big move often, but when they do, the other Megas are holding their breath.


Some time in the future, I will go into the history of how we made the historic mistake of handing the keys of statehood to the Prime Corporations. Key players of the story: Strange communication failures, a rally of anti-military AI subjectivists, a night shift of bureaucrats and a bitterball food stand.
— J.B. Frost


Exclusive for privileged members of the
Datashard Exchange System

I would really like to hear your thoughts on the article. What stuck out to you, good or bad? Are there any paragraphs that were tiresome to read? Was there a section at which your interest started to fade?
Don't be afraid to criticize, I appreciate your effort.