Kidiba is a sport originating in the jungles of Itzioa. The standardized game played internationally has three teams of three players with one team trying to keep the ball away from the other teams. Perhaps one of the biggest reasons why the sport was so well received is that it helps train children train their magic skills and teamwork while they play and wear themselves out. It is played in schools from a young age to higher education with some going on to play it professionally.   Though many aren't able to make it to the actual game, the sport boasts a large fan base around the world which enjoy the game through video recordings and play-by-play broadcasts. The game is sometimes referred to jokingly as the 'game of threes' due to the recurrence of the number three in its rules and gameplay.

Kidiba was developed to help children train their magic skills and cooperation through play. The jungles of Itzioa in which it originated provided many obstacles and allowed for a vertical playing field resulting in the platforms in the modern version. It quickly spread and became an internationally loved sport.

If a player attempts to travel with the ball or change the size of the ball they will receive a warning. Sustained contact or magic that interferes with another player will also result in a warning. Once a player receives three warnings their team loses a point.

Contact or magic with the intention of harming another player or if a player changes the shape of the ball into one that would cause harm on contact, the offending player's team will lose a point. If multiple fouls occur, the team will lose a point, the player taken off the field and another player substituted in.   If a player or team commits too many fouls they may be suspended from subsequent games for a time.

A regulated kidiba ball is a bright orange ball measuring 28 in. in circumference. It is made out of a lightweight and easily manipulated stone. Though the ball starts out spherical, it can take many different forms throughout a game as players use geomancy to manipulate its shape and weight. Of course, in casual games, anything may serve as a kidiba ball when playing.

The game takes place on a rectangular field measuring 60 by 45m and extending 10m upwards. Three sets of platforms at 3m, 5m, and 8m in elevation divide the vertical playing area into 4 sections. A barrier surrounds the field preventing the ball and players from leaving the area. Most professional games are played on fields located inside a stadium which allows for a stadium audience. There are three different standardized variations of the field.

Platforms extend from a cylindrical tower located in the middle of the field. The platforms of each elevation are located on opposite sides of the tower with one extending further than the other. The platforms alternate between short and long with each elevation. Between each level is a passage through the tower allowing one to go to the opposite side. Covering the tower are protrusions of varying size and shape that provide footholds and grips to the players. 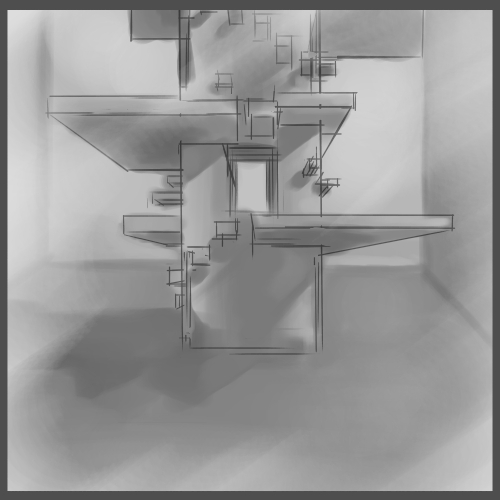 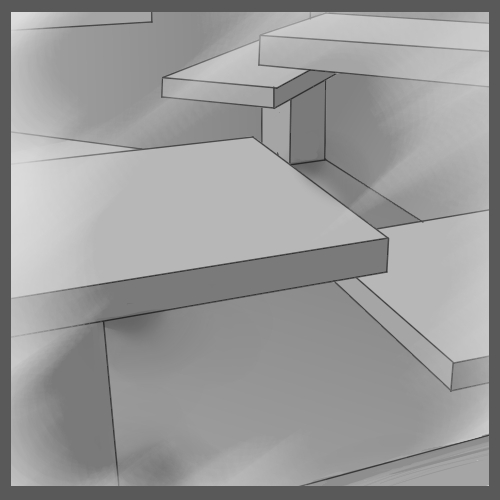 This field is usually encased by a solid wall to support the platforms. Spectators on the other side of the wall are able to see the game through it but it appears opaque to the players. At each level of elevation, two platforms protrude from the walls of the stadium at opposing corners. One platform extends along the face of a wall while the other juts out towards the center of the field. The platforms alternate corners with each increase in elevation. Small steps are located on the sides of the wall leading up and down the platform elevations. Beams crisscross the space between the platforms.

Platforms are scattered around the field, elevated by a post. There are two per elevation level and three sizes of platforms. The large platforms are located at 3m and 8m, the medium at 3m and 5m, and small platforms at 5m and 8m. Stand-alone vertical posts of varying height dot the field. Rope bridges and vines cross the field and form connections between the platforms and some of the posts. 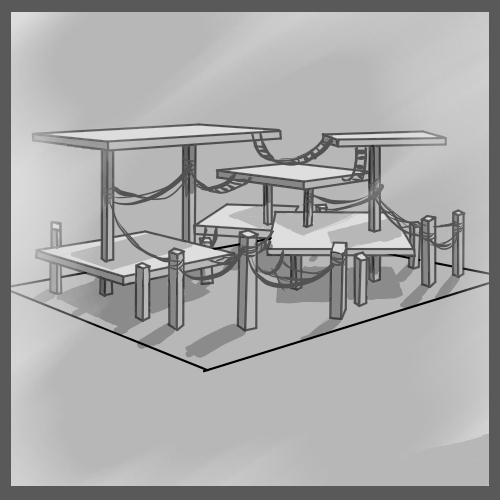 Kidiba is a mixed gender sport and while many teams may be composed of one gender, it is very rare for a game to not have any players of either gender. There is no gender discrimination in the sport and both have played it since its conception.

The Patuljudi are the most represented species in the game with their opposable big toes allowing them to easily grasp onto the posts and ropes and suddenly change direction. The Perljudi are severely underrepresented as many games prohibit them from playing due to their wings giving them an unfair advantage in flight and in keeping the ball away from others.   Due to being an aquatic species, the Deljudi are unable to participate in the sport.

Three referees positioned at each level of elevation preside over the match and carefully watch for any rule violations. If they notice any minor infractions they won't stop the play but will give a warning to the offender. If a player commits a foul, the referees will immediately act to prevent any injuries, stopping the game and canceling out any magic if need be.

Many people enjoy watching the games live, often going out to show support for their regional teams. Although the live spectators will not get as good of a view as those who purchase projection stones of the games due to the possible obstruction of view by the platforms, many still attend due to the energy and excitement of a live game.

Games are recorded from multiple angles and later edited into a final version for viewing purposes. These videos are embedded into projection stones and are sold for fans to watch the game at a later date. Though not as popular as listening to it over the radio due to cost, they are still widely purchased. Especially the big games.

International games often get play-by-play coverage over the radio with many listeners tuning in around the world to hear how the game is going. Smaller games are broadcast frequently in their regional area on designated channels causing sports channels to be the most commonly purchased RLT stone channels. 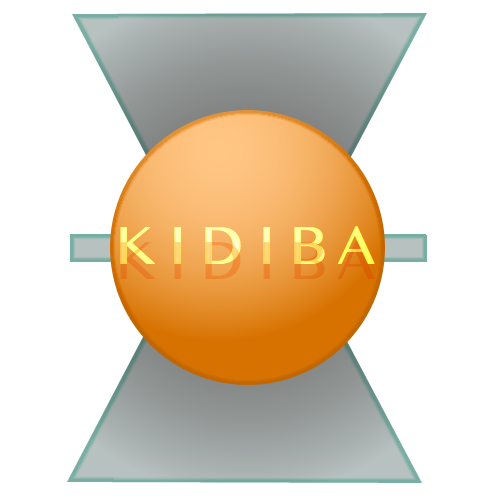