She possesses three burn marks across her back which appear to form a claw. 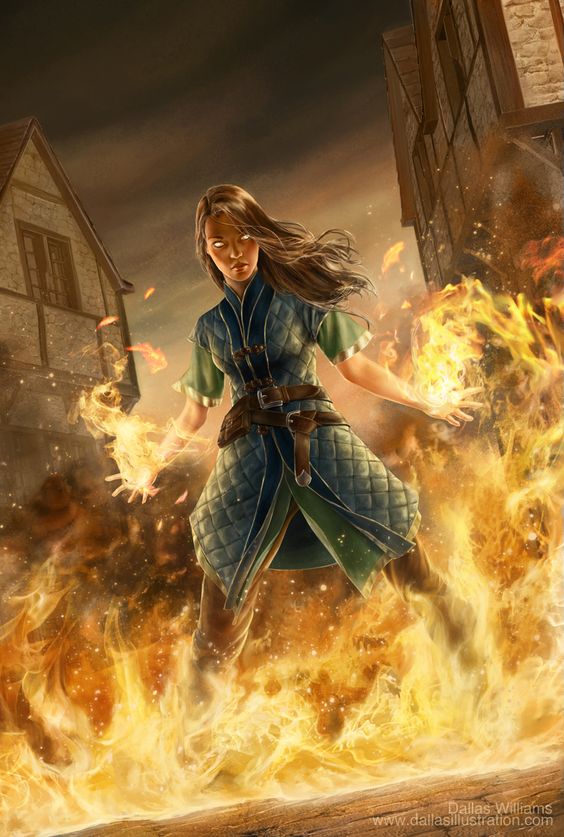 Tisra was born to a single mother who quickly abandoned her on the streets. She was found and given to the Lion's Den Orphanage. Within the orphanage, she became known as a difficult case. Often unruly and resistant to authority. With no one willing to adopt her the orphanage had lost hope of finding a home for the girl. Her abilities as a Fire Bender manifested themselves early and by the age of four she was easily wielding and manipulating flame to do as she pleased.   News of the young girl quickly spread and it was not long before word spread to the Fire Nation. Grandmaster Atmas himself visited the orphanage and was so impressed with the young girl that he adopted her himself. Shortly after she became a member of the Fire Nation where her abilities were refined and enhanced. Grandmaster Atmas, however, was not the most proficient at providing social guidance. Resulting in Tisra retaining her rebellious and disobedient attitude.   Within her mid-teens she had become the newest Warlord after the previous Warlord died in battle. From that moment forward she became recognized as the future of the Fire Nation.   Her eventual ascension to Grandmaster is understood to be inevitable by all upon the completion of her training. Her ideas concerning the other tribes are considered to be heavy-handed even by Atmas’ standards 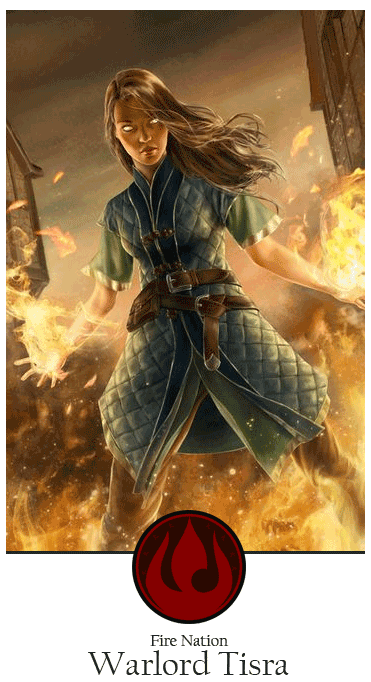