Grandmaster Atmas is considered to be one of the most violent Grandmasters in recent history. His style tends to be one of overwhelming brutality. His opponents rarely walk away unscathed, even in training exercises. One must never let their guard down around him, as he specializes in exploiting his opponent's weaknesses and applying overwhelming force in response.   Grandmaster Atmas rose through the ranks of the Fire Nation through incredible talent and an unrivaled brutality. His temper is known to be particularly short when he perceives lackluster performance from fellow organization members. Atmas runs the Fire Nation like a well oiled machine. Insubordination is met with death. Atmas is considered to be one of the most dangerous men alive.

A man of few words. He prefers to allow his fists to do the talking and settle the details afterwards. 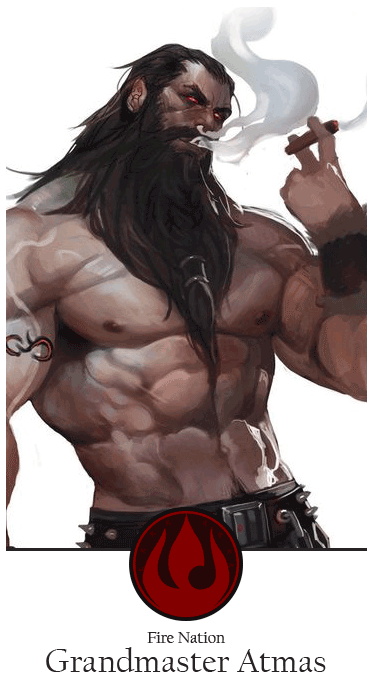