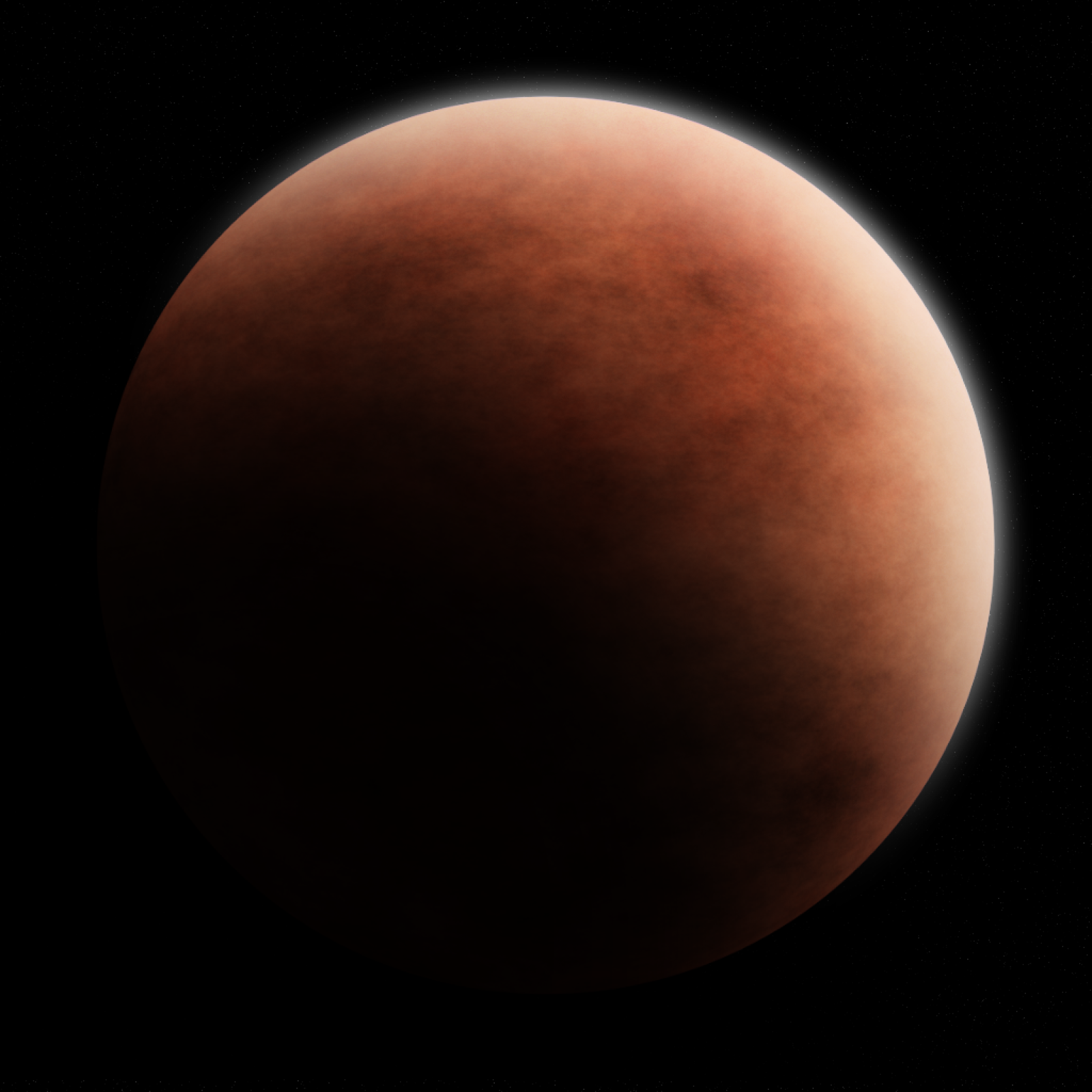 Asyur       The Wheel Galaxy    WG: 2nd Quadrant    Almega Sector    Sigma Star System      Sigma Star System      Pamienope
Pamienope. The second terrestrial planet. It is believed that the surface of this world is covered with barren rock and red hot lava spewed from gargantuan volcanoes. In reality, the redness of the planet does come from its rocky surface, which is dotted with black specks of volcanic rock. The surface might have at one time been mostly lava fields, but now the planet is cool, sitting at a -80° Fahrenheit.
It has one natural satellite called Pomie.
Type
Planet
Location under
Sigma Star System
Included Locations