While working on my Inktober Writing Gauntlet 2019 prompts I realised that I wanted to write more for some of the prompts. But due to time constraints and the fact that I really played the catch up game more than once, I kept all of them fairly short.
Instead I decided to change my NaNoWriMo topic from developing a city to writing a novel. Well. A novel in the form of a collection of short stories. As with my old plan I will use this article to serve as a sort of headquarters. I will keep it updated during NaNoWriMo with my progress and each chapter will be linked here as well.
There may be quite a few contradictions in this text as my idea develops as I'm writing. As such, for the final version refer to the finished chapters. Anything you find here is in a constant flow.

The current working title of this book is The Lives of Others (though this is more than likely going to change). It is written from the perspective of a bard-ish character that lives in the world of Asteria and went out to experience more than one adventurer. He met several famous adventurers and managed to always be there when something important happened.
I plan to write a total of 17 chapters, including a Prologue and an Epilogue. Chapters 2 to 16 will be the main part of the story.

Session 1: Develop a Story Idea You're Passionate About

Plot Idea. A young boy sets out to experience great adventurers to write about. On his journey he meets a boy who would become one of this world's greatest heroes as well as greatest criminals. This is their story, as told from the young boy's perspective.
Characters. The main character and narrator is a young boy, who's father was a soldier and who's mother worked as a barmaid. His love for telling and listening to stories let him out into the world after his mother's death leads his father to try and bring him into the military.
The other main character is another boy, just barely older than the narrator. With both parents dead and having to take care of himself from a young age, he aspires to make a family of his own that isn't tied by blood but instead by experience.

Despite many more people existing in the story, these are the four main characters. For those that are interested in reading the story at some point, beware that these descriptions contain spoilers.

Myrin is a young elven boy at the start of the story, roughly about 13 years old. He grew up in a human family, his father a soldier in their country's military, his mother a barmaid. Despite knowing from the start that he was different to other children in their town he thought of the two people who raised him as his parents. He always had an affinity for certain forms of magic and he loved listening to travelers' stories. Myrin had a fairly good life despite not knowing his true origin. But just before his story begins, his mother was killed in an accident during a bar fight. Devestated by the loss, Myrin was sure he would never smile again. His father, not knowing what else to do with the boy, send him to the military. And there our story begins.
Myrin also functions as the narrator. He wrote this book many years after the events happened, when he was much wiser and quite a lot older. Nowadays he isn't nearly as rash in his decisions as he was back then. He prefers to stay at the side as an onlooker and simply observe.

Delmar was a young boy, about 14 years old as the story begins, who would grow up to become one of the humans' greatest heroes. Long before this story starts, when Delmar was about 5 years old, his father was conscripted into the military. He sent a few letters and money back to his family before dying on the battlefield. This started Delmar's dislike for war and the military. His mother raised him in a small village, though she succumbed to an illness just before the story begins. Delmar had always been fascinated by the adventurer stories and especially the mysterious dungeons. But much more than listen to such stories, he was looking to live through them. If the dungeons were so hard to conquer, surely there must be something amazing hidden inside.
From a young age it was clear that Delmar had the favour of the gods, somehow always managing to find the right path. He also always had a clear sense of what was right and wrong, though at the same time he believed his view to be the only correct one.

Rhys had been born into an assassin organisation and was raised according to their believes. Family or friends didn't exist for him. At the start of the story he was about 10 years old. He is one of the assassins send after Delmar and Myrin after they conquered a dungeon. His parents suffered an unknown fate which left Rhys with the organisation since he was a baby. He is skilled with the knife and doesn't hesitate to solve a problem with murder. As such he has always been met with distrust if not hatred. The kindness that Delmar and Myrin showed him later therefor had quite the effect on him. Rhys is a half-elf, even though he keeps that a well guarded secret. He becomes one of Delmar's closest and most loyal friends.

Shirin grew up in the palace of the City of Ice. More as a pet than as an actual person. As a water genasi she was fairly rare and her beautiful voice often had to serve as entertainment for the senate leaders. Losing her voice in an accident Shirin was first send to the slums, where she did her best to survive. Later she was found alongside Delmar and Myrin who were both trying to provoke a rebellion. The three of them were sentenced to death and were sent into the Tower of Icy Death - a dungeon.
Shirin is about 17 years old at the start of the story. She is rather beautiful and used to have an even more stunning singing voice. After she was cast out of the palace she took up the sword to try and survive. She often looks rather strict and serves as the silent voice of reason within the group.

I have a rough plan as far as structure goes (see above). I will most likely write the prologue last. The remainder of the book will be split up into several short stories that are all more or less loosely connected to each other. After having planned through the chapters once I came up with a slightly different structure. One that is probably more of a technicality but I still think I'll make that differentiation. The book will be split up in three different parts, which will be separated by several years. Each chapter will be made up of roughly 3,000 words (meaning it should take roughly two days to finish each). Show Spoiler

Session 4: Build a Strong World for Your Characters

This is a slight issue. Since this is a writing exercise more than an actual to be published novel, I won't do any of this planning. I have some images in my head that I'll explore through writing. After all the world building of Asteria is in its very beginnings.

Session 5: Organize Your Life to Support Your Writing Goals

There's not much here to do for me. Only one thing. And that I need to get done on a time crunch. Plan the next four weeks of D&D. The good news is, I already have a basic idea. The bad news ... I wanted to make the switch over to Foundry VTT and somehow it ended up falling into this month. I'll see whether or not I'll actually do that.

Okay, so I have a fairly busy schedule. Always. Every month. But I still am planning to get through this. Except for the weekends I get up at 5.30 am every day. On those days I'm home at around 5.00 pm on average. Sometimes I'm home sooner, sometimes later. Two days per week (usually Tuesday and Thursday) I have cycling training which takes about 2 hours of my time on average. So my free time starts around 7.00 pm to 8.00 pm. And fridays is D&D night. So no time after 7.00 pm and probably some time for prep beforehand, though I'm also home a little earlier, around 3.00 pm. That means Monday to Friday I have about 1 to 2 hours to write. Weekends are a little different. I usually go for a run up to an hour, so I should be able to have more time for writing.
50,000 words in 30 days means around 1,667 words per day. According to my last writing test I can crunch out 226 characters per minute (with a 1.4% failure rate). Let's go with 200. The average word length in English apparently is 4.7 (thanks Google). That brings me to roughly 42.6 words per minute. Am I taking this too mathmatical? Oh definitely. But I love numbers. So perfect. Let's continue. Roughly calculated that means I need 40 minutes of continuous typing to reach my goal. Well that's a relief. But that's only, if I manage to type without a stop. Which technically is the goal. No going back. No correcting. To be safe I'll plan one hour per day from Monday to Friday. Any word goals I didn't reach I'll catch up on, on the weekend. Or I'll work ahead. Or take some time off. Whatever suits me best.
You'll find an overview of my daily writing down below and I hope you can watch me sticking to those goals! 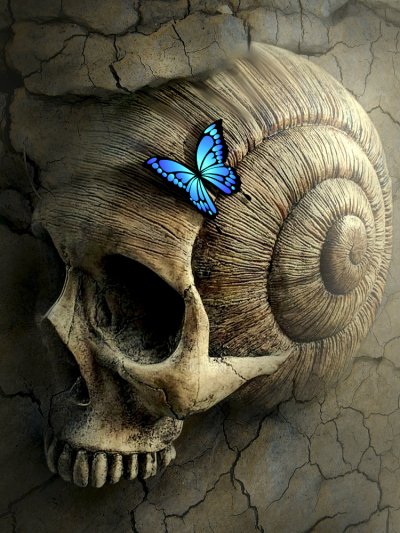