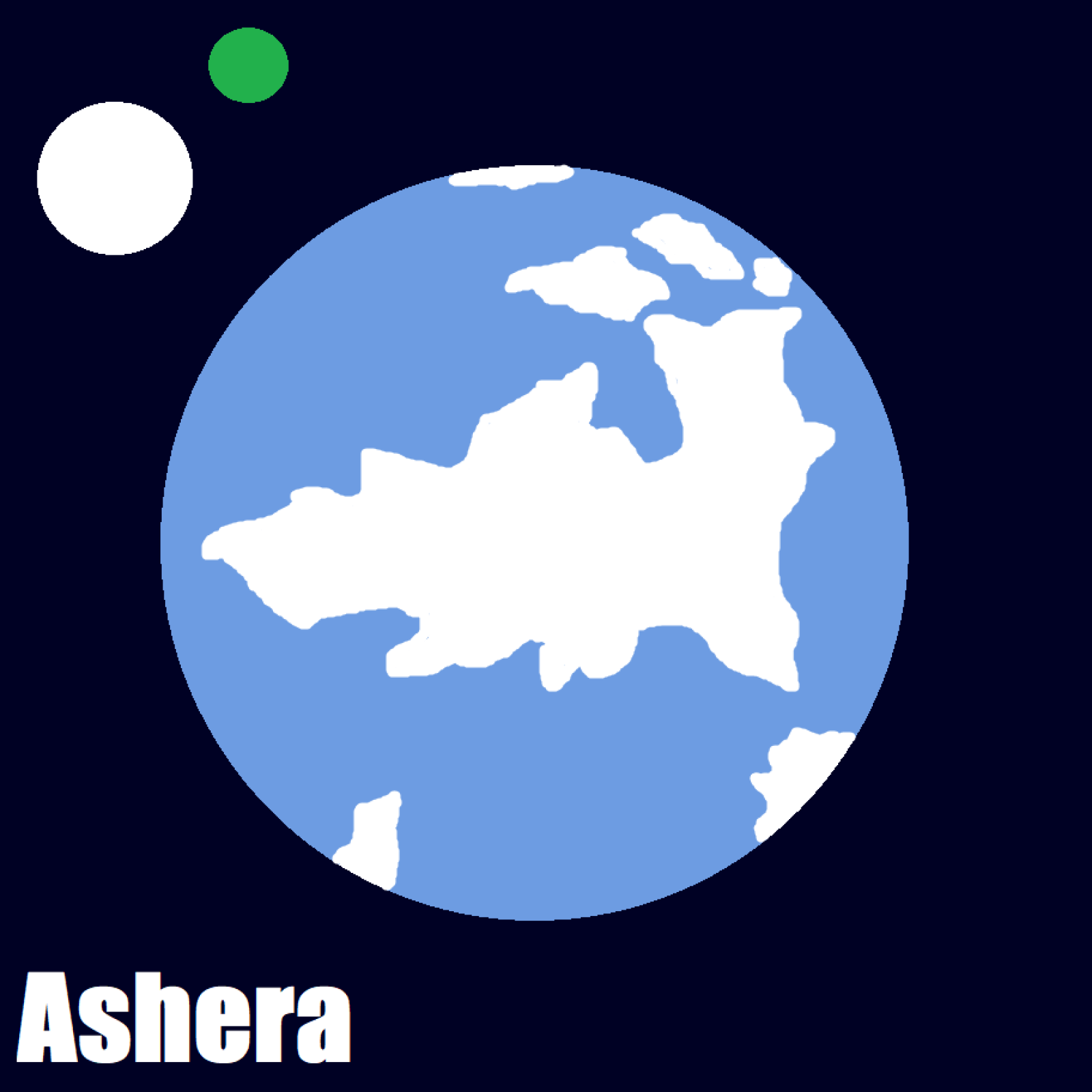 NotLizzOfficial
A homebrew Science-Fantasy setting for role-playing games that features wondrous arcane technology, dramatic fights aboard plummeting skyships and delves into ruins long since forgotten.   Once the galaxy was ruled by chaos. Worlds shook with natural disasters and tides of ravenous creatures reigned. Then came the deities, beings of immense divine power. They cleansed the worlds and sheltered the mortal races. The planet of Ashera became a utopia, with enlightened mortals living alongside the deities. Travellers from other worlds made their way to this planet and as a result civilisations flourished.   An injured troupe of angels warned of an incoming invasion. An army of dark constructs called the Eternal Legion had come to conquer Ashera. Lead by a group of corrupted deities they devastated the world, causing natural disasters to occur and monsters to re-awaken. The gods fought back for twelve years in a battle known as the Eternity War, a battle that proved costly for them. In retaliation to a great loss, Axe, the goddess of battle, struck the Legion armies with a blow that shook the planet and caused their main forces to retreat.   After driving the enemy forces from the planet, the deities looked around at the destruction that had occurred, and knowing that they had to stop the Legion, left the world to find them. Now they watch from afar, seeing through the eyes of their worshippers and granting them power to do great deeds in their names as they search the cosmos, in pursuit of those that would threaten life itself.   No longer the utopia it once was, Ashera is a dangerous place. Lacking the protection of the gods, its peoples are at risk to monsters, raiders, natural disasters, wild magic and remnants of the Eternal Legion. Great empires crumbled, leaving ruins, and now the mortal races must adapt and harness the planet's innate magic in order to ensure their survival.

A group of wannabe adventurers fight zombies and mammoths.

Fates on a path to collide do as such.