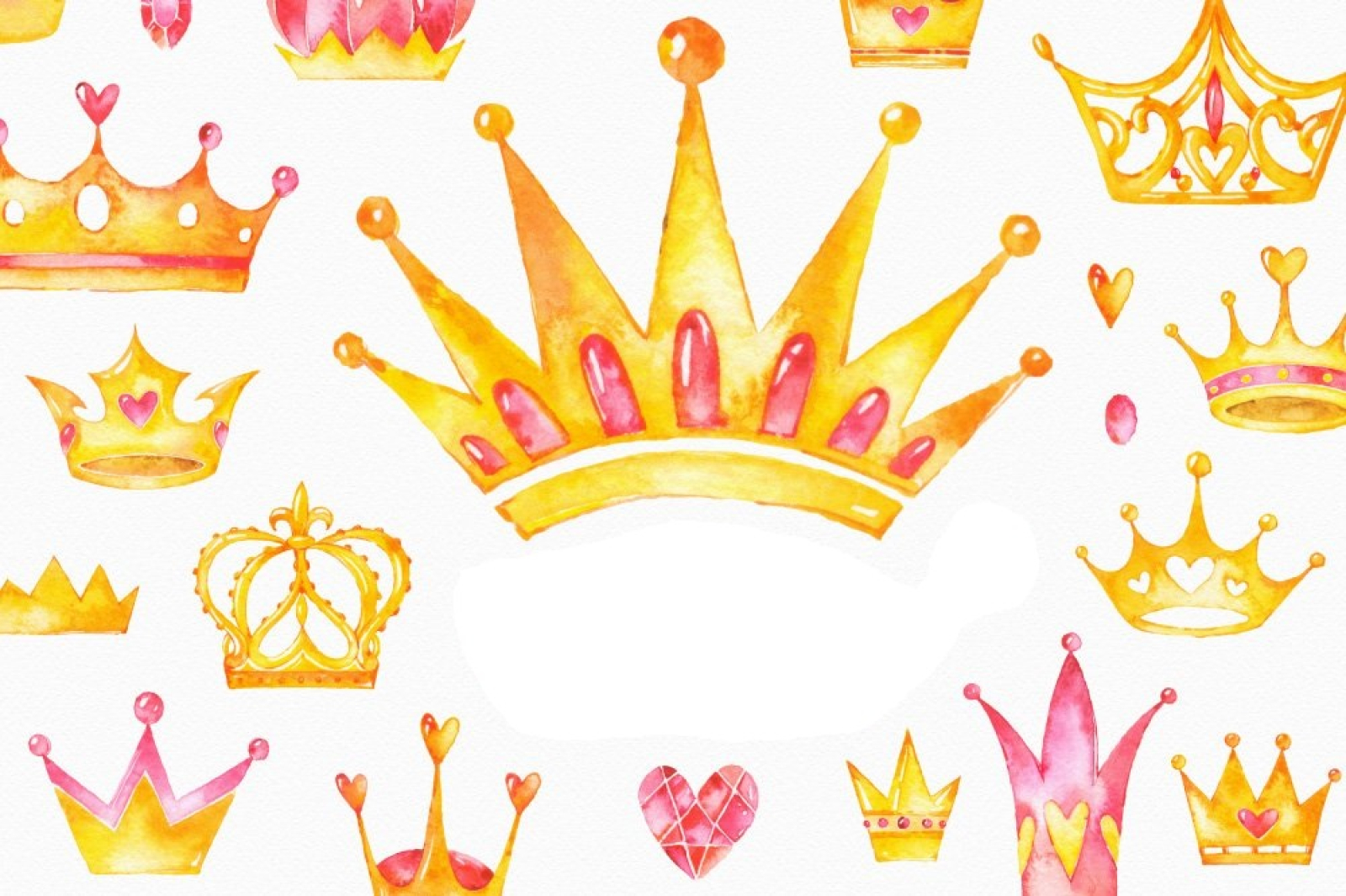 Despite being in his fifty Wilkins maintains a youthful appearance. He is in good shape and from daily weapons practice.

As a mangen, Wilkin has relatively pale skin that has been permanently tanned due to his time in the wilderness. He has a largish birthmark on his left bicep.

He has a neatly trimmed beard, and keeps his a dark blonde hair cut relatively short.

He has a largish birthmark on his left bicep.

Wilkin is right-handed, he has a slow but steady gait marked by a very slight limp due to an old injury.

He has access to the community and law domains including the special abilities they grant. He otherwise has the powers and abilities an upper mid-level cleric could be expected to have.

He likes to dress in bright colors, primarily blue and gold (Laki's colors) but is always stylishly dressed.

Among his specialized equipment is a spirit caller that glows, a suit of enchanted plate mail that grants magic resistance, an enchanted shield, as well as a steelhand circle ring, a figurine of wondrous power (onyx dog), and a cape of the mountebank. He also has access to all the minor magic items an upper mid-level cleric can be expected to have.

Wilkin Westadt was born in the city of Notunthimon in the New Kingdom country of Ozudlim. He had a normal family with two younger brothers. His family was lower-class his father was a small-time merchant, and his mother was from a peasant family. As a young boy he had a rare opportunity to meet a gold dragon, an event which marked him for life.   At the age of fifteen he was accused of heresy against the church of Laki and faced branding. He sought sanctuary in the temple of Laki where he pled his case to the high priest. The clerics of Laki sheltered him until his name was cleared and Wilkin decided to dedicate his life to Laki. In short order he became an acolyte and began his training. When he was eighteen he graduated to full cleric. As an acolyte he publicly humiliated a minor noble, in fact the very one who had charged him with heresy three years before. He did it in an attempt to bring the noble to justice. The noble had been using his power and influence to bed local peasant women, and Wilkin exposed him.   He served in the local temple for two years before setting out in search of adventure. He soon travelled to the Frontier Lands in search of more adventures, and to find a place to establish a temple to Laki. After five years of adventuring in the Frontier Lands he decided to establish his own Kingdom. He settled in a small hamlet on the Rozux river. He spent a considerable portion of the wealth he’d collected as an adventurer building up the small hamlet into a proper town, dubbing it Anfang and claiming the lands around it as the kingdom of Cektoh.   In the thirty years since he has limited his adventuring to things crucial to his burgeoning kingdom. Most of the proceeds of his adventures were invested in Cektoh and Anfang. Improvements and bringing in more settlers.

His initial education in reading, writing, and numbers was accomplished in a temple of Emku. His more advanced education, as well as his clerical training, was done in a temple of Laki.

His first job, such as it was, was working in his father’s shop. While he didn’t earn anything (apart from room and board) he gained experience that would stand him in good stead in his life. This experience, both in basic economics and how to deal with people well, has come in handy, since he settled down to rule. At the age of fifteen he dedicated his life to the deity Laki. He spent two years in the temple serving as an acolyte before being ordained as a full priest. Once ordained he felt called to leave the shelter of his temple and travel the world. He became an itinerant adventurer and eventually made his way to the Frontier lands. After several years traveling the Frontier lands he settled down to establish and become the ruler of the fledgling kingdom of Cektoh.

Apart from founding his own kingdom, Wilkin’s biggest accomplishment was banishing the demon Xar’drath back to the abyss. Xar’drath had been summoned by an overambitious wizard in a bid for power in Hofkastell, but quickly lost control of the powerful demon who promptly went on a deadly rampage until stopped by Wilkin.

He is a very spiritual and logical person. Well educated he rules his kingdom as guided by the tenets of the church of Laki as well as the guidance of Laki himself. Fortunately, as Laki’s portfolio includes justice, law, and peace, this serves to make him a good ruler. He is also smart enough to embrace second and even third stage thinking, that is not looking at the immediate effects of a policy or law, but to consider the medium- and long-term consequence.

Wilkin’s morality is shaped by his devotion to Laki. He strives for justice and when a case is brought before him always prays to Laki for guidance. He believes that a well governed kingdom is a place of laws and strives to make the laws as just and good as possible. He believes in the cause of peace, and constantly seeks a peaceful solution to any problem whenever possible. He is wise enough to realize that some situations, like a horde of rampaging orcs or troglodyte raiders, don’t offer a peaceful solution. Finally, he believes in redemption and always tries to give non-violent criminals, and even some violent ones a second chance to become productive citizens. Some embrace this chance, while others quickly revert to their criminal ways thinking this a sign of weakness, until they stand before Wilkin again and are often executed. His personal philosophy combines honor with compassion.

Wilkin tries to always act as a good person is expected or required to act. He combines a commitment to oppose evil with the discipline to fight relentlessly. He tells the truth, keeps his word, helps those in need, and speaks out against injustice. He hates to see the guilty go unpunished.

He is naturally helpful, and others find him trustworthy, even if they don’t share his beliefs. Additionally, he is adept at deciding which actions are lawful and benefit society rather than the individual. He has a problem defying laws, even when the laws are unjust. Instead of disobeying or protesting against such laws, he works within the provided structure or system to change those laws, and they implore others to do so as well.

He regards law as necessary for the welfare of society. He will fight to abolish or change laws he deems unjust, and he will always aid those in need. He always strives to be forthright in his words and deeds, refusing to lie to others, and keep his covenants. He opposes evil wherever it is found and actively avoids putting the good of the individual ahead of what is good for the masses. For him, the end rarely justifies the means.

Wilkin's main desire is to turn Cektoh into a major power in the Frontier lands and a shining example of Laki's glory.

Wilkins is particularly good at games of strategy such as chess, draughts, and backgammon. He is also fairly good in combat and at channeling Laki’s power. If there’s one thing he is bad at it’s dishonesty, in effect he never learned to lie, and on the rare occasion he is called on to do something less than honorable, he tries to delegate the job.

Wilkin is proficient at understanding bureaucracies, following laws, and cultivating order and structure in his own life and in others’. With his focus on order, he strives to build governmental stability where none previously existed.

Wilkin loves his people and his nation and will sacrifice just about anything to preserve them and ensure their welfare. He likes strategy games such as chess, draughts and backgammon, and whenever he has the free time will indulge in a game. He dislikes strong storms, he realizes that rain is important, but he still dislikes having to sit inside during a strong storm and the damage they can cause. He hates lawlessness of any sort as he believes strongly in law and order.

Being a follower of Laki combined with some of his earlier experiences in life has combined to make him an adept administer and leader, one who isn’t afraid to get his hands dirty. He has also proven accomplished at encouraging loyalty in others. He has a knack for dealing with people.

If Wilkin has a flaw it’s his desire to give everyone a second chance. While there are limits to what sort of crimes he will pardon, and he always tries to find an appropriate punishment for any law breaking, he is more than willing to offer anyone a second chance after they’ve finished their punishment. He also loves pears almost to the point of addiction.

Wilkin is a priest of Laki and this somewhat colors his religious views. While he does acknowledge the other deities and does nothing to discourage the worship of other good and even neutral deities, he himself solely worships Laki. He does, however, prohibit the worship of evil deities within his domain.

Wilkin is fairly charismatic, and he is popular and is often stopped for random conversations on the street. There is just something about him that makes people trust and like him. He is a brilliant speaker and can always manage to engage a crowd large or small. He is a humble man, and extremely well mannered.

Despite having spent most of the treasure from his adventuring days on building up Cektoh he still retains a small fortune. However he is very careful with his fortune knowing he'll more than likely need it in the future, as Cektoh isn't quite self sufficient yet.