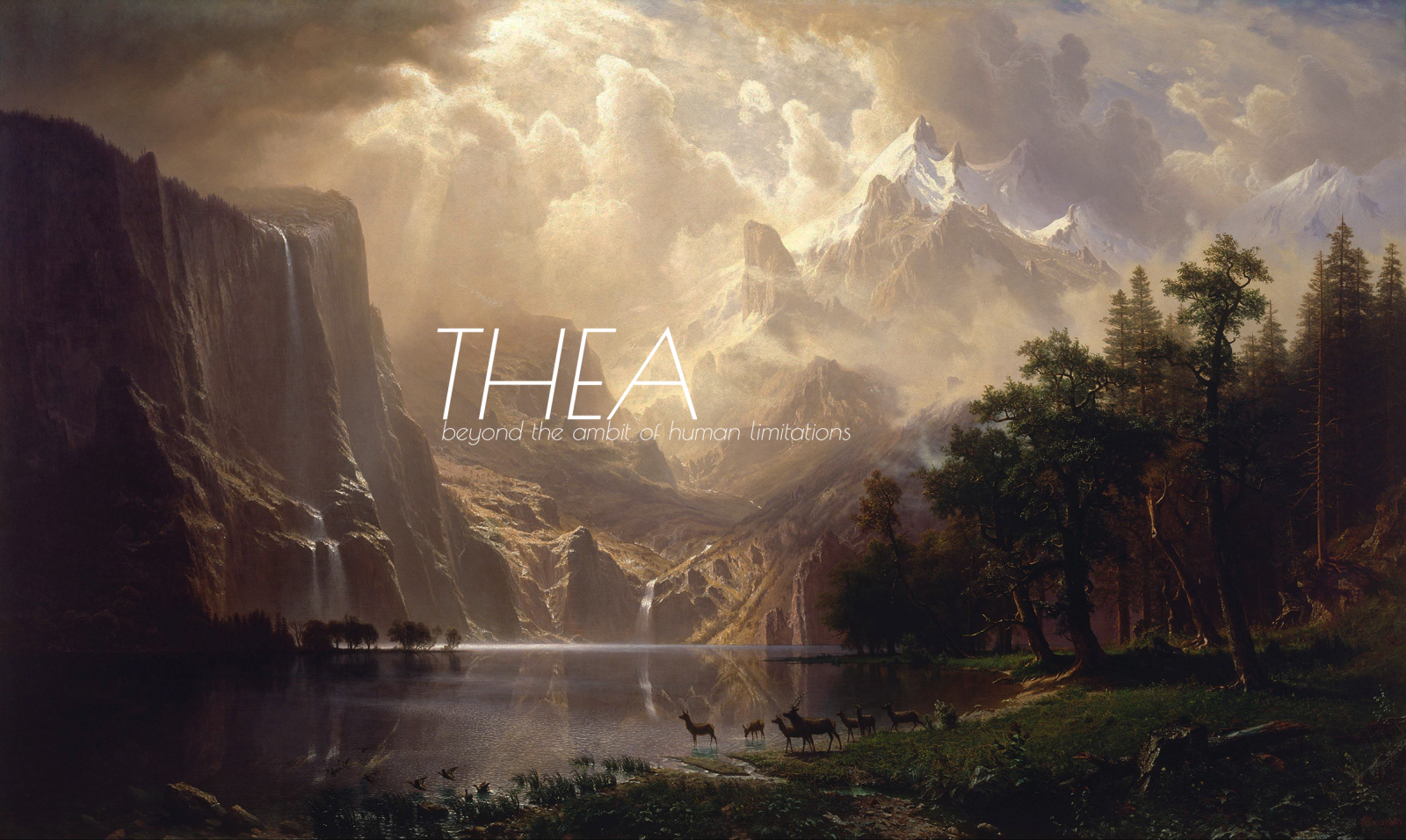 Amy Schumacher
The moon of a nearby gas giant, Thea became humanity’s saving grace when Earth became uninhabitable. The United Nations built a ship capable of creating life and sent her - the Valkyrie - to recreate humanity elsewhere in the galaxy. Her only active passenger, the AI dubbed ‘Freya,’ charged with creating and storing life on the several-century-long journey, and then to terraform the moon upon landing. Together, they traveled beyond the ambit of what was once believed possible, all with the goal of saving humankind.   However, her creators did not anticipate the depth of Freya's humanity, and the AI found herself bored as the ship traveled on. As a result, she not only followed her directive, but created her own life and land based on human mythos and her own imagination - dragons and griffins, humans with inhuman abilities, and spectacular geographic formations. Humanity now lives happily on Thea, knowing Freya only as the benevolent god that brought them to their new home, and living in a state between advanced technology and primitive tools.   Humans explore ruins of the broken-off Valkyrie pieces, repurposing the tech they find their for their own uses; however, much of the world relies on what has been created after the ships’ landing several centuries ago. Basic tools, outfits, and buildings are augmented with the technology “gifted” to the humans by Freya, leaving them with a high level of advancement in some ways (powered lights, factories), but other signs of advancement have been replaced by Freya’s creations (agriculture is now based on terraforming abilities, transport relies on flying beasts of burden).

The moon that holds all life in Ambit. 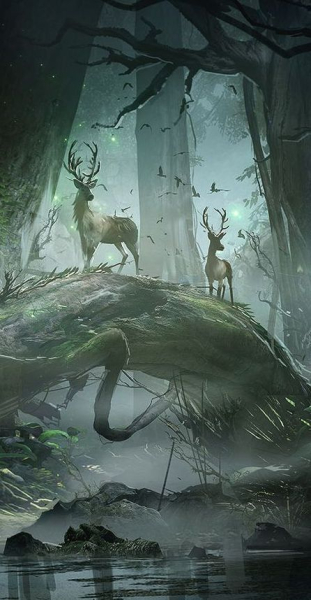 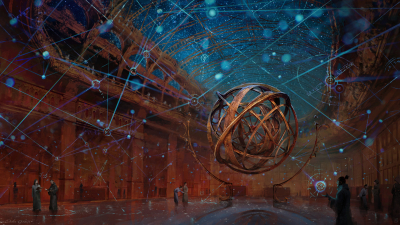 The magic in the world and those that inhabit it.
... Magic
Tweet