Excerpt from Fluffy Bunny
Then I saw – really saw – the women, registered their appearance. And I felt a deep horror wash over me, numbing my limbs the way I imagined a mouse felt seconds before being swallowed whole by a snake.

The women were neither young nor old; not pretty, not ugly. They were average-looking women until I met their eyes. They looked at me in a slightly off-focus way, like a blind person, meeting my gaze without really seeing with those gray-ringed pupils that I found myself staring into.

They spoke, all three at once, with the same words, but each had a different rhythm and sound to her voice. The effect was uncomfortable in a way that made my ears hurt and my mind flinch away.


The Nature of the Norns

The Norns are a group of god-creatures, though no one is entirely sure where they come from. The prevailing theory is that they are the spirits of wise women who are then given the gift of knowledge and the power of fate. All Norns identify as women, though no one seems to know if gender roles lead to the skills that make a Norn, or if the skills developed feed into a female gender identity.

The Norns have the gift of knowledge from living around and drinking from the Well of Urðr. This gives them the ability to see the pattern of history. Some cultures call this the tapestry or the weave. Using this ability, the Norns often give a formal destiny to newborn children or newly chosen quest-heroes.

Appearance of the Norns

Most of the time, the Norns appear as individual beings. However, in the most important and formal situations, they almost always appear as a trio of women, representing three major stages of womanhood: the maiden (or seductress), the mother (or leader or head of household), and the crone (wise woman who is close to death).

The original Norns, thought to be the trio which shows up formally, are Jötun-born. The others are born of all races: Gods (both Asgardian and Vanir), elves, dwarves, and God-creatures of all kinds. This includes some humans from all around the world.

Excerpt from Fluffy Bunny
The last of the three lounged against my dresser with bright, languid eyes and a small, unpleasant smile on her large, moist red lips. The sound that passed those lips was that of sweaty sex mixed with the bloody squish of a blade thrust into a human abdomen.

The Norn often labeled the youngest is the seducer. She is not the seduction of love, but rather of bloodlust and death. She draws people in with the corruption of rotting, forbidden fruit.

This youngest is also known as Skuld.

Excerpt from Fluffy Bunny
The middle one stood straight upright, her face ageless and severe. Her voice was firm, a clipped monotone, the way I imagined a single-minded cybernetic creature would sound while explaining with cold logic that the human race was to host the next generation of their kind, and that fighting this fate would be a waste of energy.

This Norn is cold and calculating. She has things to get done and has no time to deal with messy emotional reactions. In many ways, she is the harsh reality that we have to accept to some degree in the process of being functional adults.

This Norn is named Verðandi.

Excerpt from Fluffy Bunny
The one standing closest to the door, to my right, had a voice like a snake shedding its skin in dry leaves and dead grass. Her voice was slow and even. Unstoppable. It sounded parched and brittle, reminding me of the death before rebirth. If I had to pick one as the oldest of the three, it would be her with a dull, scaly look to her skin.

The crone Norn is the one who knows death like a lifelong friend. She understands the ending part of the cycle of life intimately, and it does not frighten her. Instead, she welcomes it, appreciates it.

Join Altearth Discord!
The Runespells and other works are made possible by:
An Angell's Life * Joshua Robertson * Michael McIntosh * SableAradia * Seth Swanson * Stormie84 * Xaneria Ann
~ Thank you for your support! ~
Copyright ©2021
Sarah Buhrman
All rights reserved. This work or any portion thereof may not be reproduced or used in any manner whatsoever without the express written permission of the publisher except for the use of brief quotations in a book review.
This is a work of fiction. Unless otherwise indicated, all the names, characters, businesses, places, events and incidents in this book are either the product of the author's imagination or used in a fictitious manner. Any resemblance to actual persons, living or dead, or actual events is purely coincidental.
Article template
Species
World
Altearth
Category
Runespells Series Secondary Characters in Runespells Series Main Characters
Author
AuthorGoddess
Publication Date
20 Dec, 2021
Creation Date
20 Dec, 2021
Last Update Date
20 Dec, 2021
Visibility
Public
Views
105
Favorites
4
Comments
1

I love this, especially your use of the spoiler tag to give us more information if we want it. 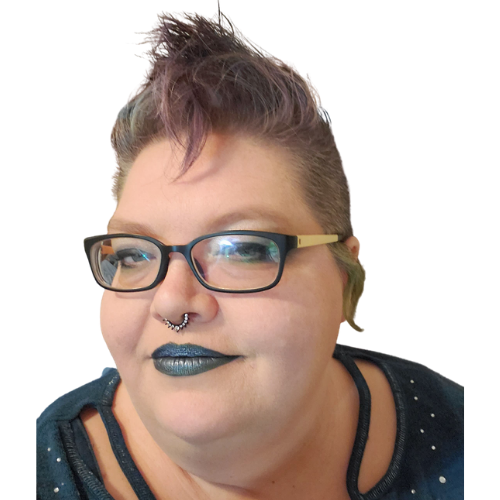