​The Fighter is a warrior, an expert in weapons and, if he is clever, tactics and strategy. Fighters of all types can be found throughout Alcirya from professional soldiers to sellswords. ​
Weapons


Armor Fighters are allowed, typically, to use any weapon and wear any type of armor. ​

​When a fighter attains 9th level (becomes a "Lord"), he can automatically attract men-at-arms.​

These soldiers, having heard of the fighter, come for the chance to gain fame, adventure, and cash. They are loyal as long as they are well-treated, successful, and paid well. Abusive treatment or a disastrous campaign can lead to grumbling, desertion, and possibly mutiny. To attract the men, the fighter must have a castle or stronghold and sizeable manor lands around it. As he claims and rules this land, soldiers journey to his domain, thereby increasing his power. Furthermore, the fighter can tax and develop these lands, gaining a steady income from them.​

In addition to regular men-at-arms, the 9th-level fighter also attracts an elite bodyguard (his "household guards"). Although these soldiers are still mercenaries, they have greater loyalty to their Lord than do common soldiers. In return, they expect better treatment and more pay than the common soldier receives. Although the elite unit can be chosen randomly, it is typical that they are exceptional warriors form your characters homeland.​

​Fighters can gain a special Constitution hit point bonus that is available only to warriors.​

​All fighters gain the ability to make more than one melee attack per round as they rise in level. 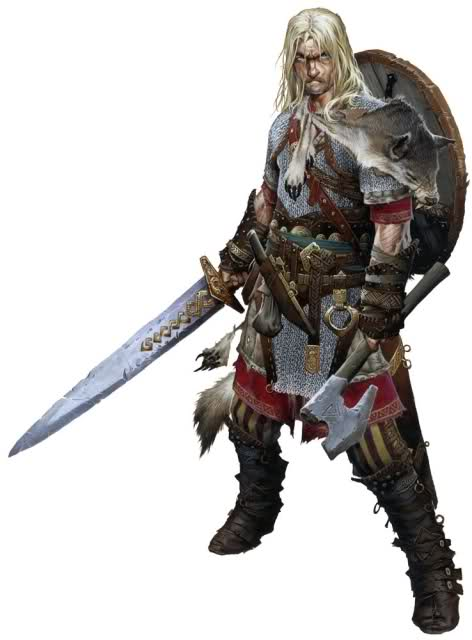