The reaping plague was a highly-lethal, highly-mutagenic contagious disease that swept across central and southern Feraweth around 500 years ago. Its method of contagion was not strictly known, but was theorized to be transmissable by physical contact of bodily fluids, including sneezing (which the plague itself did not cause).   It affected intelligent humanoids only--beasts and birds, as well as creatures like dragons and sphinxes, were unharmed and did not seem to be passive carriers of the disease. Humans and elves were the most susceptible to the plague, quickly followed by dwarves, halflings, and gnomes; more bestial races like kobolds, lizardfolk, and centaurs only rarely caught it and almost always died when they did.   The effects of the reaping plague on a body were permanent and could not be halted by known medicine or even healing magic. The first sign of the plague was a swift blanching of the skin and hair, rendering a person bone-pale and seemingly bloodless, regardless of their original coloration. This was accompanied by persistent "brain fog" and dulled reflexes.   Within a week, thick deposits of cartilage (internal) and keratin (external) would begin growing throughout the body, often immobilizing the joints and providing natural armor plating along the jaw, head, shoulders, and back. This process could range from uncomfortable to intensely painful, depending on where the deposits were forming and how quickly they grew. The victim's brain fog persisted through this stage.   Two to three weeks after the initial blanching, victims would usually die of internal complications when these hardened deposits interfered with their organs. The less "standard humanoid" their anatomy, the more likely a victim would die more quickly and more suddenly. For those who lived past this stage, they could expect lessened brain fog, significant body dysmorphia, and social ostracism. It is uncertain when the reaping plague would cease being contagious in each victim, but once a person survived the growth of these new masses, they seemed unable to transmit the plague in any direction.   Humans proved the most likely to survive, horribly mutated and disabled by the physical changes and the emotional and mental scarring that accompanied the experience. Elves, despite the similarity in their physiology to humans, had a much higher mortality rate; dwarves were the next most common long-term survivors. It is theorized that the body's ability to bear extra internal and external mass was related to survival rates.   Unfortunately for the survivors, growths were not the final stage of the plague. Over the coming months, their bodies would continue to mutate in inconsistent and inhuman ways: they would cease growing any body hair, surface-level keratinous deposits would continue to form sections of chitinous armor, and their arms would weaken and wither. Most survivors kept some use of their arms, despite the drastic weakness and muscle loss, and many could still manage fairly dextrous work with their hands.   The final stage of the reaping plague was the addition of half-formed limbs, branching from the victim's shoulderblades and angling up and over their original arms. These limbs were almost entirely chitinous, rarely symmetrical, and often completely nonfunctional. The amount of physical energy required to grow these limbs proved a secondary cause of death, even a year after presumed stabilization of the victim. Those survivors who were provided with excessive amounts of nutrient-dense sustenance were most likely to survive and be left with moderately-useful secondary limbs.

The reaping plague began in the far west of Feraweth, off the continent's coast in the uninhabited Whitemark Islands. Some effects of the plague's mutative properties superficially resemble the rachee, an intelligent race of beetle-folk who live in the inhospitable desert of Hiavhos, north of the Whitemarks. Many theorize that there is some link between the reaping plague and the tribe of rachee known as the Pearlbacks, as the geographical nearness and physical similarities of a pale chitinous covering were too obvious to ignore.   Over the course of a century, the reaping plague spread west to east across central and southern Feraweth, devastating humanoid populations in Chimalma, Unaatris, Beagrove, and Nalukkhol. Widespread panic saw entire settlements abandoned to the mutating victims of the plague, who banded together in a desperate attempt to survive this horror. As time passed, the plague became less lethal, though no less virulent, and more survivors were left in bodies made alien by the disease.   It is understandable, then, that these survivors made their own way in the half-empty towns left to them. When children happened, they were born already mutated--but infant mortality rates were surprisingly low, as the plague's effects had seemingly adapted to the child's physiology in the womb. The first generations struggled to establish themselves, burdened with the weight of extraordinary trauma and social isolation from any who might have helped them.   As generations progressed, the lineage of those who had survived the reaping plague took a name for themselves: threshers, in defiance of being that which was reaped by the disease of the forebears. They banded together, forming primarily-agricultural communities, and eventually, other humanoids returned to their abandoned lands and found a way to live alongside them.

The reaping plague has been absent in Feraweth for three centuries, leaving only natural born-and-bred threshers in its memory. The disease is not present in thresher bodies--they are truly their own independent race now, free of the sickness that spawned them--and only the most isolated of humanoid settlements may still harbor some superstition or wariness about contagions. 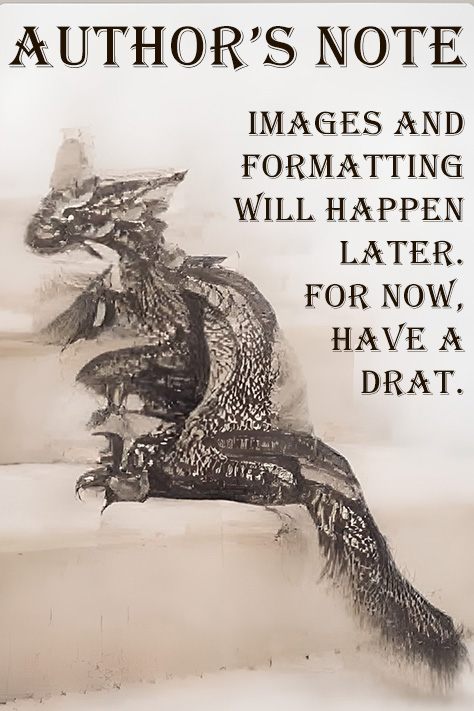 Answering: "a condition considered monstrous or "unlucky" by some"
Visit tybarbary's Competition Page Check all other answers to this prompt Competition Homepage