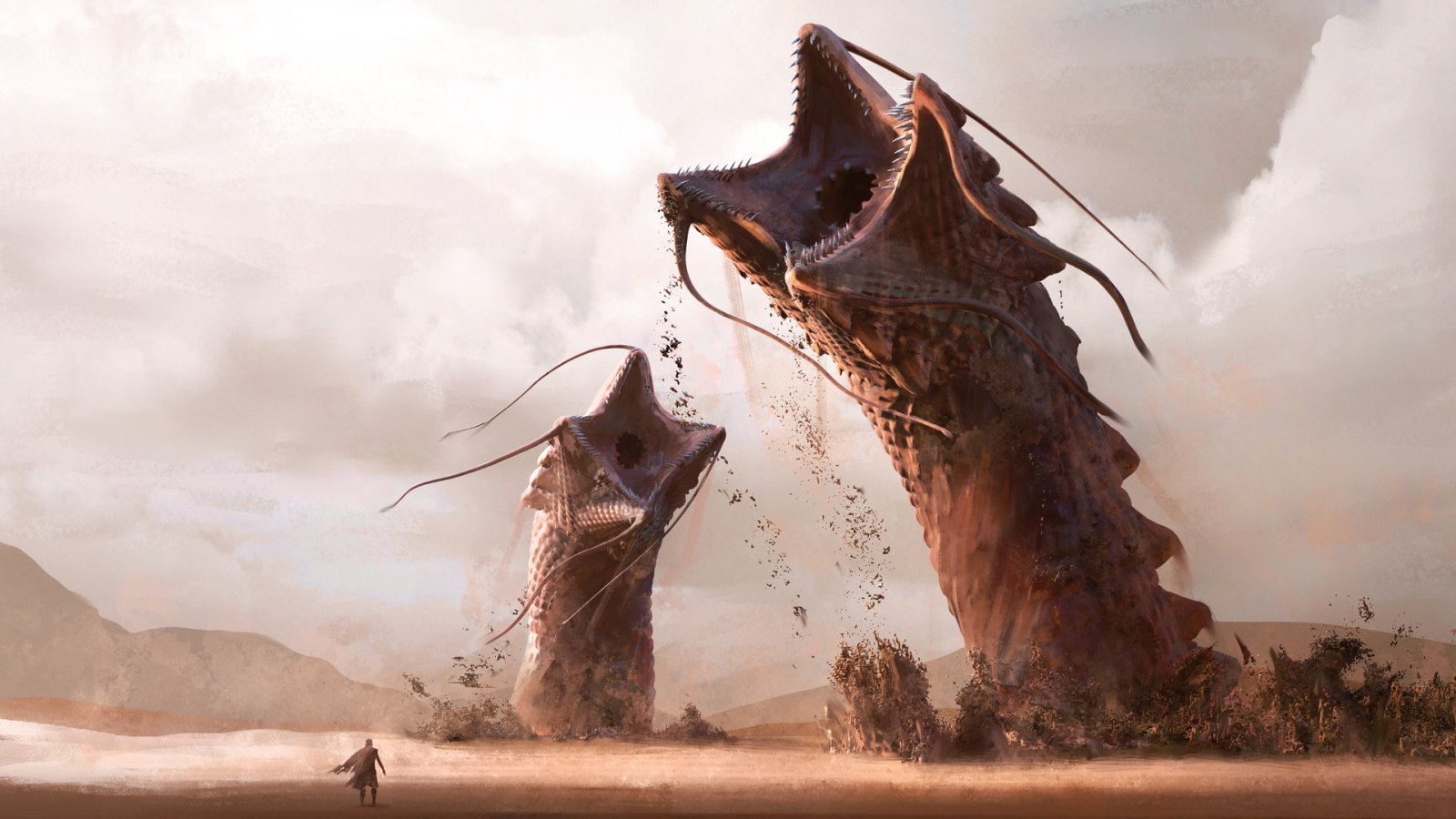 The party is being tracked and chased by Rael and must flee eastward toward the Trade City of Vaash, a major port where they will find a ship bound for Beryn, the next stop on the way to Silverspire. In order to reach Vaash and travel across the desert faster, they must cross the Quicklands by riding the giant sandworms. When they reach the shores of the Quicklands, a local nomad teaches them how to catch and tame a wild sandworm. In order to continue on their journey, they succeed and cross the Quicklands, arriving on the other side where they make their way to the Trade City of Vaash.

The Quicklands is best described as a sea comprised entirely of deep quicksand. Here in the Quicklands, the quicksand is so fluid that it looks and behaves very similarly to that of a viscous water. If one were to fall into the quicksand, it is almost guaranteed that they will not survive as the currents are very strong and once you have begun to sink, it is unlikely you will be able to free yourself from its pull. The Quicklands were formed millennia ago when a large mine was dug. The mines went very deep and has many tunnels. One day the miners broke into an unusually large underground reservoir of water and the entire region expanding far beyond the mines became engulfed in water and mixed with sand creating a sea of quicksand. It became known as the Quicklands. For hundreds of years it was thought that nothing could survive in the Quicklands but over the passing years, there were sightings of giant sandworms taking up residence and then over the next couple hundred years, certain nomadic people learned how to tame and even ride the worms across the Quicklands. Today, people still ride the sandworms and it has even come to be somewhat of a sport for some. Worm riding is dangerous and can be deadly if done improperly. Some tribes consider worm riding a rite of passage for men in order to be tribe leaders.