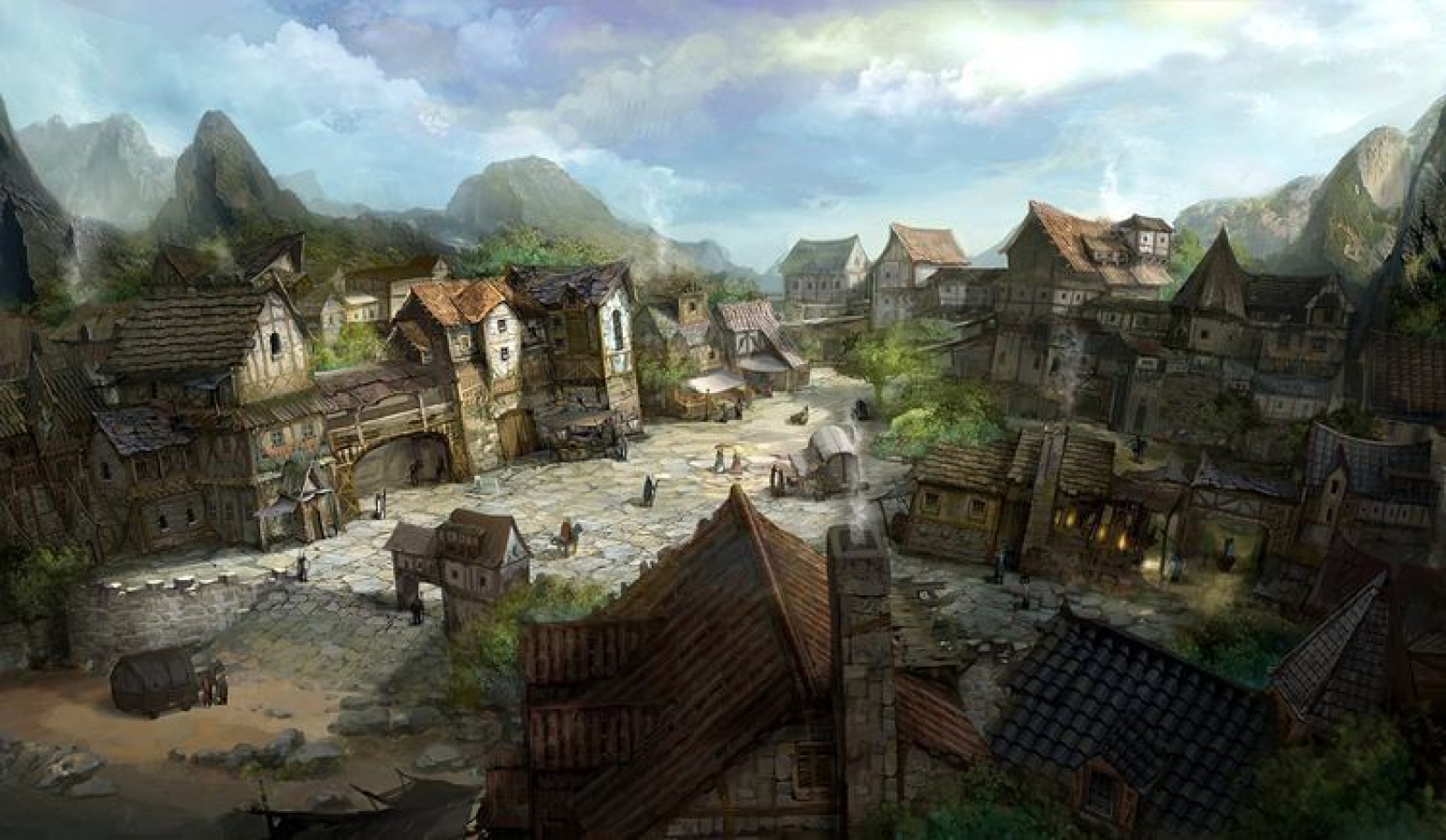 The party briefly pass through Gil after traversing the Royal Trade Bridge. Here is where the party can stock up on goods and also where they stop to decide their next move. However, before they can exit the town, they are kidnapped and taken away in caravan carts.

Gil is mostly populated by Razdan sheep farmers and tradesmen seeking a peaceful lifestyle. Since the town is situated at the foot of the Royal Trade Bridge, the town attracts all kinds of visitors and merchants.

Gil is run by a town mayor that is is turn under the authority of the King of Razda.

Stationed at the entrance to the Royal Trade Bridge there is a garrison of soldiers, to act as security, and as immigration officers. Within the town, there are a barracks for soldiers in case of the event of an invasion from Frewen, but such an event is unlikely as the countries are allied and Arvalean law states that "No kingdom shall rise against kingdom".

Gil is a simple town that operates mostly from sheep and goat farming. Within the town, there are many inns and taverns to accommodate the many travelers that cross over the Royal Trade Bridge.

There is a river that runs beside the town and there are watermills and windmills set up along beside it. The town has a large central square that is paved with ornate cobblestone.

The Border Town of Gill is a quaint little town directly on the western side of the Royal Trade Bridge. For many, this is town that is just passed through, not a whole lot to see. The architecture is common to what you would see in Zarafell (a medieval Swiss look). There are some local sheep farmers and there are a few windmills. The town square is paved with fancy stones with a small clock tower in the center, the pride of Gil. Although it is the first town in Zarafell people crossing the bridge visit, Gil is much slower paced and peaceful, speaking to the culture of Razdan people.

Gil is built on a cliffside cape that connects to the Royal Trade Bridge. At the edge of the town, there is a sheer cliff face with the ocean down below, and leading up to it is green rolling hills. As you descend westward from the town, eventually getting close to sea level, the land flattens out to a lush grassland, populated by farmland, most of which is pasture for local sheep and goat herds.

Meat from sheep and goats, and lots of ocean and river fish.