The Du-Lum Soris is a species of intelligent sauropsids, bio-engineered by the Gods to serve as beasts of burden for their sentient species on Adin.

A Custom Solution to Labor

The Gods had many tools at their disposal when it came to populating a new world with advanced life. Each world had its sentient species custom made from millions of genetic combinations, after carefully examining the ecology and conditions of the new planet. When there was an ecological niche that needed to be filled in the animal or plant kingdoms, they took shortcuts. As they did with the sentient species of Sherdasa, the Gods had kept some samples of their best work on previous worlds, species that proved especially adaptable and useful to their people. When needed, these samples could be brought out of stasis and seeded onto a world.   Adin's jungles and mountainous terrain had spawned all manner of animals, from tiny rodents to terrifying megafauna. At the time of the Gods' arrival, the megafauna were overpopulated and had driven many of the mid-sized animals to extinction. This sort of dangerous ecology was a specialty of Ninurta's, and he was put in charge of balancing things while the Adinites were being created to populate their new home.   After several long months of hunting to reduce the population of large predators, and more closely appraising the remaining fauna, Ninurta was not satisfied with what he saw. Adin had species resembling equids and bovidae, but these proved either too timid or too stubborn, not suitable for easy domestication. What Ninurta lacked in patience, he made up for with terrible ideas. He decreed the addition of one of his favorite species onto the surface of Adin, the Du-Lum Soris, or Soris of Burden. For centuries, this is the only Soris that was known to the people of Adin. 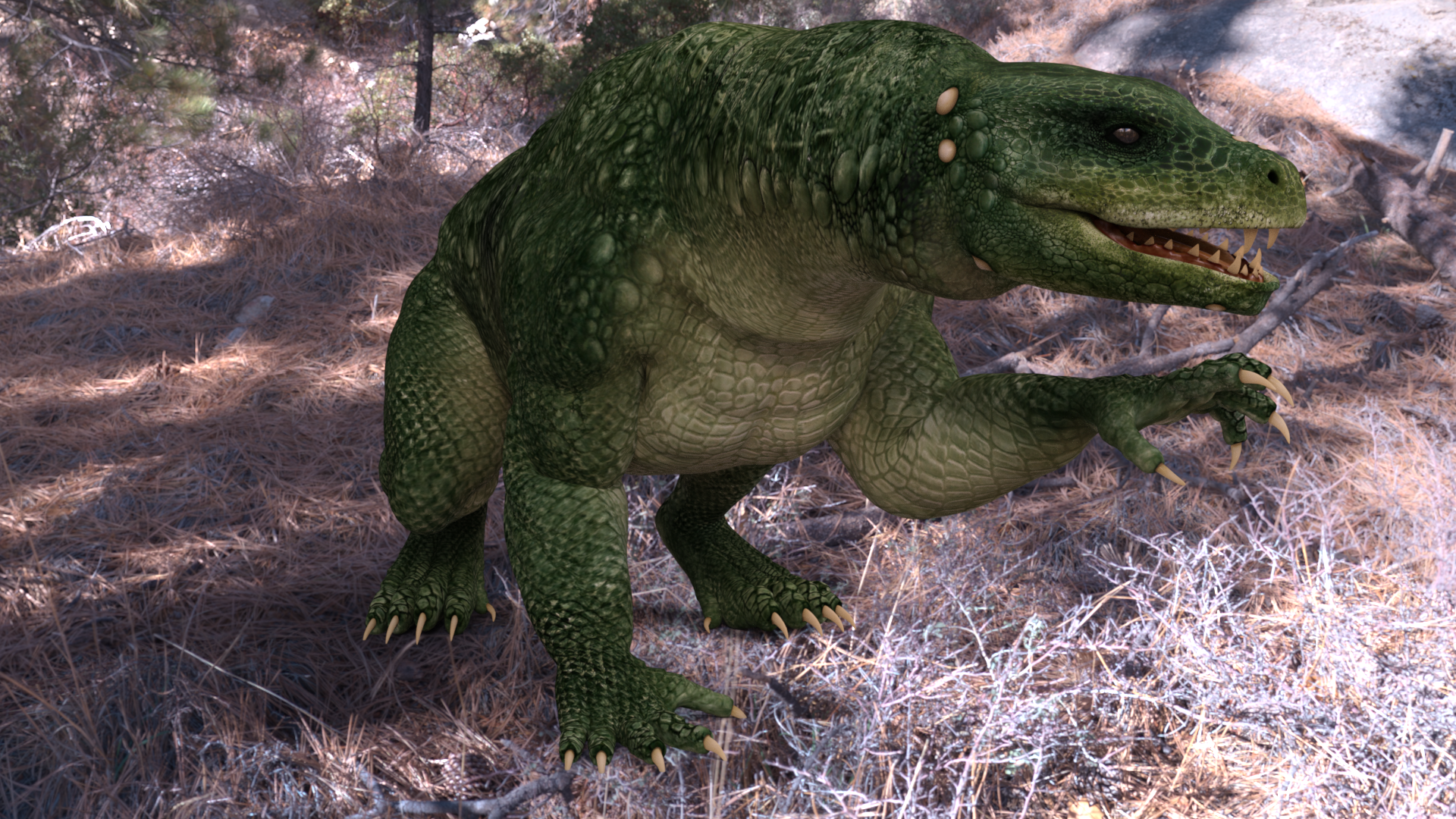 The Ednimuru Vault contained information about an island to the east of Urubarra, where Ninurta was forced to leave behind his full collection of Soris. Exploration has been slow and dangerous, as various breeds of Soris have replaced most of the animal life on the huge island. Some of the other varieties of Soris have been brought back to the Five Nations or Sherdasa for study, but domestication of these other types has been mostly unsuccessful. In the time since the Gods abandoned Adin, the Soris have gone feral and are distrustful of the sentient species.   The Nommo have had some luck intermingling with the feral Soris by taking in tissue samples and changing to a Soris form. The real Soris are slightly distrustful of these Nommo when close up, somehow sensing that they are not right in some way. Even the most aggressive species will back down from a Nommo in any Soris form, some sort of primal survival mechanism. This has proven very useful for the Nommo in capturing more of the Soris and breaking their feral behavior. Nommo that retain some Soris traits are then able to command Soris with voice commands with simple training. 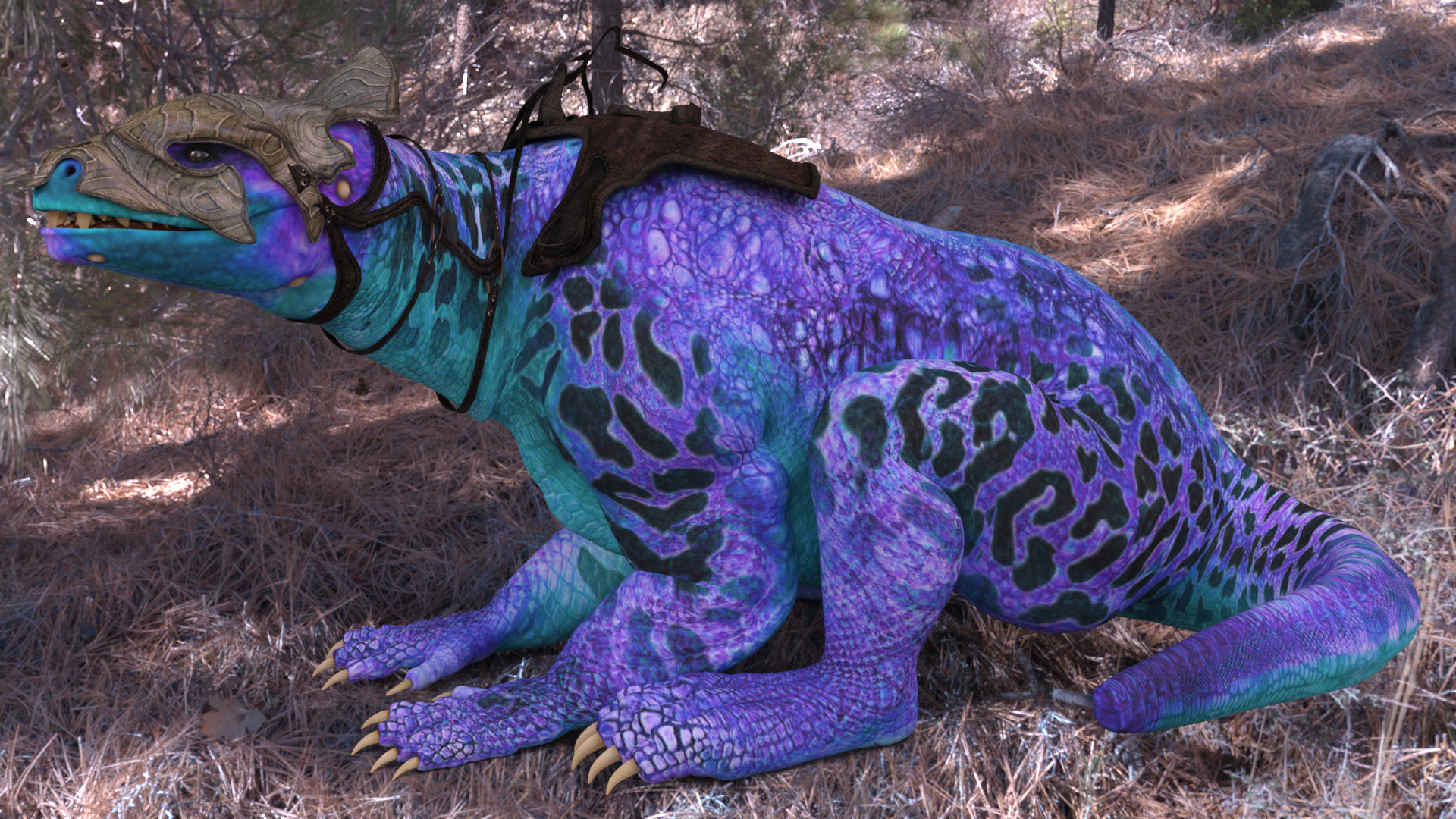 The Du-Lum Soris fills the role of both steed and draft animal, pulling plows and wagons. Although designed as an omnivorous scavenger, they were creations of the Gods and could therefore be sustained on ambrita. A wild Du-Lum Soris will eat whatever is available, but domestic Soris are fed a diet of roughage, generally hay and sticks saturated with ambrita. The plant material helps the Soris feel more full, and is used to train the creature to eat this diet when taken off ambrita for breeding.   The Du-Lum Soris is easily led by rope or harness, and can be commanded with reins from behind on a wagon or plow. A Soris bridle includes a press piece that extends across the top of the head. Pulling back on the reins applies pressure to spots on the Soris' skull that stimulate their pineal gland, causing the Soris to lower its head, brace its neck, and start walking firmly forward. They can be steered by pulling one rein or the other in this state, by loosening the tension on one side. The Soris will turn and push toward the tight side, changing direction as it tries to center its push on the harness spots.   Males tend to have brighter colors than the females. Males are about 15 percent larger than females. Females have a slightly different skeletal structure, with hips and shoulders more flexible. This makes them preferable for jobs that only require one Soris, like a plow or small cart. Teams of Soris are generally all males, which are capable of pulling heavier loads but are more stubborn and not as maneuverable. As steeds, either may be saddled and ridden but females are preferred due to being more intelligent, easier to control, and generally a smoother ride. Males are less comfortable to ride due to their larger frames, but look more imposing and are more brightly colored, making them more popular with some riders.

With the advent of golems and golemic devices, motorized vehicles have replaced the need for Du-Lum Solis in the numbers they were used in the past. They are still professionally bred, and remain a more affordable option to many people. Some also just prefer riding the Soris to sitting inside a vehicle, or enjoy a special bond with the animals that you can't get with a golemic car. There are breeding and stunt competitions, races, and less serious events like eating competitions. 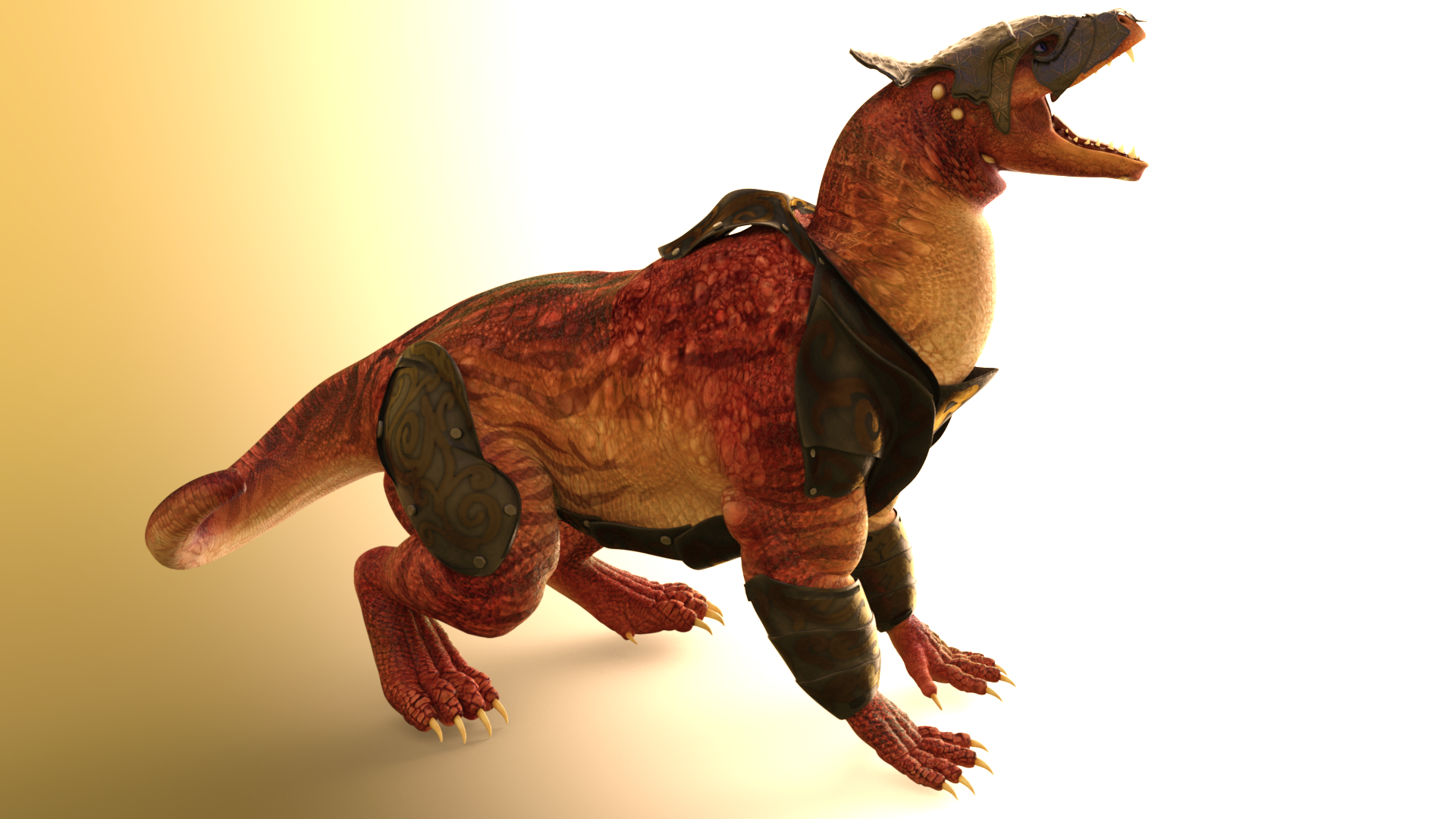 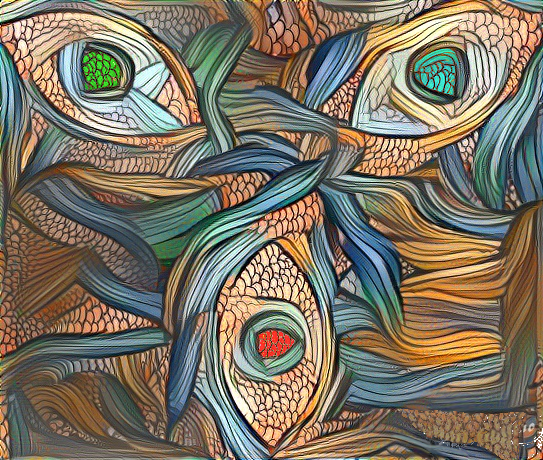 I love the idea of beasts of burden specially created for this sole purpose. Though I think the article itself could use some headers or subsections to break up the text more neatly, even using the built in prompts. Regardless, I enjoyed reading it and you have earned yourself a new follower :)